I made Eggos for dinner for my family last night. No, I was not being lazy or the classic bad mom. I had started off great that day. I defrosted the chicken properly in the sink with cool water. I opened the can of stewed tomatoes with the skill and stealth of a Ninja. I plugged in the crock pot with the confidence of a true chef. The ingredients were combined, and all was right with the world. Eight hours later I was ready to serve the meal I had made with the secret ingredient of love. The first bite had proven that love was not going to save this meal. I had magically turned chicken into sand. Not a talent I wish to brag about. 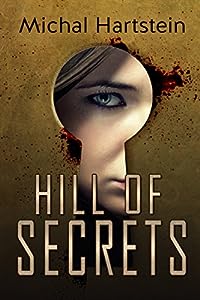 On a blooming May morning, five bodies of a single religious family are found in their apartment, in the quiet suburb of Samuel’s Hill (Giv’at Shmuel).

Detective Hadas Levinger, a renegade atheist daughter of a religious family, is put in charge of the police investigation. Slowly and skillfully she peels the shells protecting this unique community and reveals hard and painful secrets.

Can she survive them? 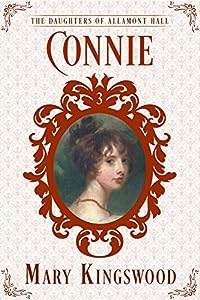 Connie (The Daughters of Allamont Hall Book 3)
by Mary Kingswood

Connie’s older sisters have managed to find husbands, but now it’s her turn and she is not sure she wants to marry at all. Having only just escaped her late father’s restrictive regime, she’s reluctant to surrender her freedom to another man just yet. If only she could find one who would fall so adoringly in love that he would do anything for her.

The Marquess of Carrbridge has been taken in by ambitious young ladies before, and he’s not about to fall for any more trickery to ensnare him. Nor will he be pushed into marriage by his hectoring grandmother. From now on, he’s determined to take charge of his future and do things his own way. But not every young lady is dazzled by his title, and sometimes the best of plans may go awry.

Book 3 of The Daughters of Allamont Hall 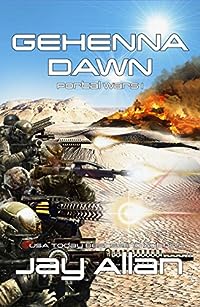 Erastus. An unimaginable nightmare. A searing hot world, covered with cracked, burning deserts and sweltering jungles. A hostile planet far from Earth, it was the most hellish place men have ever tried to survive. Called Gehenna by the condemned men sent to fight there, it forged the few who survived its murderous battles into the strongest soldiers in history.

Jake Taylor was a New Hampshire farmboy who wanted nothing more than to marry his girlfriend, work on the farm, and maybe one day write a great novel. But mankind was fighting the alien Tegeri and their bio-mechanical cyborg soldiers, and UN Central needed men… men to go to war on hostile worlds like Erastus.

Jake wasn’t given a choice, not a real one. He found himself torn from home and family, conscripted for life and shipped to Erastus to take his place in the battle lines, never to return. In this alien hell, Taylor and his cybernetically-enhanced comrades fight their never-ending war against the servants of the Tegeri, the manufactured soldiers they call simply, the Machines.

Jake survives battle after battle, rising steadily through the ranks, giving all to the desperate fight to save Earth. But endless combat in hell carries a cost, and Taylor can feel himself losing what little is left of his spirit, his humanity. When he finally discovers a terrible secret… that everything he’d believed, all he’d fought for his entire life, was nothing but a monstrous lie, he must decide who is the real enemy, and how far he is willing to go to right a horrific wrong.

And if he does what he must to prevail against overwhelming odds and win the final victory, will he be able to control the growing madness inside… or will he be become the very thing he has sworn to destroy? 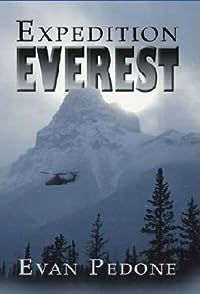 Joseph Corso, the world’s greatest mountain climber and CEO of Xtreme Adventures, had called it a season on Mount Everest. He wasn’t expecting to lead any more expeditions on the mountain because the hurricane-like monsoon season had started. Corso, back in Seattle and far away from the likes of the Himalayas, is contacted unexpectedly by Jonathan Drake. Drake, a celebrity-style billionaire, wants Joseph to lead an expedition on the greatest mountain, during the most dangerous season of the year, with almost no details about why the expedition is taking place. Drake reveals little other than a discovery has been made, a discovery of epic proportions! Joseph soon finds himself flanked by a world-class paleoanthropologist, a tough-as-nails game warden from Mozambique, and a team of expedition members, which Jonathan Drake has taken a “spare at no expense” approach to their gear. Sherpas? Check. Security Team? Check. World-class scientists, trackers, and most importantly a guide? Check. A billionaire who can afford the best? Check. An insurmountable mountain that can kill you just by its sheer height? Check. Expedition Everest embarks on the greatest journey, the greatest adventure, with possibly the greatest treasure at stake in mankind’s history. 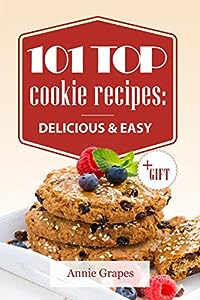 In this cookbook, delicious and easy cookie recipes with accompanying photos are organized by type – it comes in handy when you need to select the best recipe for a special occasion.

• 101 best step-by-step cookie recipes you can ever find, organized by type, so that you can easily find one for your special occasion

• Specially for beginners: Essential Baking Tips section is dedicated to the baking basics – it answers all the most frequent questions of newbie bakers and tell you how to avoid the most common mistakes.

The book comes with a gift – 25 top raw and vegan cookie and dessert recipes.

Enjoy and do not forget: the best cookies are made with love!