I am so sore today from the gardening I did last night that I can barely move. The weatherman said it is going to rain this Friday, so I thought it would be the perfect opportunity to fix a few bare spots on my lawn. Since I have no patience to wait for things to grow, I decided to buy three rolls of sod and get instant results. That turned out to be way harder in real life than it did in my mind. HOLY HECKEADOODLE! Those rolls were a million pounds each, since they were very wet, and I didn’t realize there would be so much digging up of the old ground. Hold on…I have to take a breath….this typing is killing my already dead arms… huff….puff…errrrg. Okay, I’m back. No more evening gardening for me…ever.

Duel in the Dark: Blood on the Stars I
by Jay Allan

The Confederation battleship Dauntless has spent ten months patrolling the border, alone, watching for an attack from the enemy Union. Her crew is exhausted and the aging vessel needs repairs.With the fleet mobilized, and the forward bases overloaded beyond capacity, she is sent clear across the Confederation, to a base along the peaceful and sleepy sector known as the Rim.

But the quiet frontier isn’t what it seems, and when a distress call is received from a mining colony at the edge of Confederation space, Captain Tyler Barron must take Dauntless forward into the unknown.

Barron and his crew have their ship–and each other–but they can expect no reinforcements. His superiors believe that Union deceit is at play, that the attack is merely a diversion, intended to draw Confederation forces from the disputed border. Their orders are clear: no ships will be transferred from the front. Stopping whatever is happening on the rim is Barron’s responsibility, and his alone.

Barron’s grandfather was the Confederation’s greatest hero, the father of the modern navy. His name has always carried great privilege, and crushing responsibility. Now he must prove that he has inherited more than just a name. He must face the enemy, and win the victory.

Before the Confederation is caught between two enemies and destroyed.

Duel in the Dark is the first book in a new series from USA Today Bestselling Author Jay Allan. 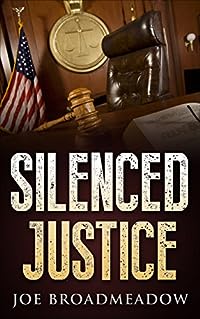 Because without Truth, there is no Justice!

Silenced Justice. The compelling new novel of corruption, greed, and the search for the truth

Lieutenant Josh Williams is back in this latest thriller from Joe Broadmeadow, Silenced Justice.

When his former boss, retired Lieutenant Chris Hamlin, asks him to reopen an old case, Josh uncovers the shocking truth behind an innocent man’s death in prison. In 1972, Darnell Grey, accused of a series of rapes and a homicide, is beaten to death in the prison while awaiting trial.

As a black man accused of crimes against white women, a justice system intent on vengeance uses all its resources to secure his imprisonment. Evidence of his innocence is ignored, witnesses manipulated, and the truth locked away, putting him into a racially volatile prison system. With his death, his memory and the case against him fades into the past.

Determined to bring the matter to light, the deeper Josh looks into the case, the more dangerous it becomes for him and those he loves. Discovering a darker, more sinister conspiracy in play, Josh risks everything to uncover the truth.

A truth that unveils hollowness and corruption at the very core of government and our Justice System. 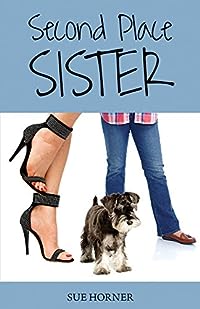 Ali Lawrence: a forty-five-year-old wife, mother, community volunteer, dedicated employee, and chair of the Willoughby Book Festival, affectionately known as “St. Ali” to friends and family.
Janelle Jennings: a forty-nine-year-old bestselling romance author, Botox-stuffed narcissist, four-time ex-wife (but who’s counting?), and all-around spoiled brat.
What could these two possibly have in common?
Uncork the wine. Bring out the calming chocolate. Ali Lawrence’s diva sister, Janelle Jennings, is making an unexpected visit to their hometown of Willoughby, Georgia, and Ali needs help. Since they were schoolgirls, Ali has suffered ridicule and criticism from her prom queen, beauty pageant older sister, whom their mother still coddles at Ali’s expense. Ali is suspicious of her sister’s motives for visiting Willoughby, and especially her odd behavior and uncharacteristically long stay. Something’s not quite right, and Ali is both curious and concerned.
During this visit, Ali vows to stop being a bitter doormat and stand up to Janelle. But when Ali discovers a secret that has the potential to destroy Janelle’s career and tarnish her reputation, will she expose her sister, or, for the sake of family unity, will she protect her? Can the sisters finally come to terms with each other, admire their achievements, and ignore their faults, or will their relationship continue to disintegrate, bringing bedlam to Willoughby in the process?
Someone has to take the first step: Will it be Janelle in her stepladder stilettos or Ali in her ratty, old running shoes? 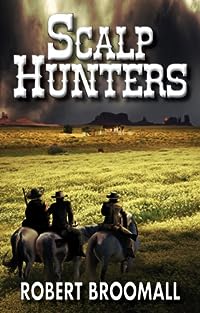 Orphaned at 5, Cole Taggart was raised by Apaches. Now he seeks revenge on the men who murdered his Apache family, a band of scalp hunters led by the notorious Colonel Thomas Ballantine. 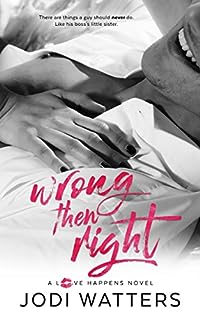 Hope Coleson is having a doozy of a day.
Wrongly terminated from her menial waitressing job? Check
Abruptly evicted from her run down apartment with prime views of the graffiti painted dumpster? Double check.
Thoroughly bedded by a smoking hot man with smooth moves and zero communication skills? Triple X check.
And it doesn’t end there. Estranged family members are showing up like bad pennies, her precious savings account has been wiped clean, and she may or may not have a stalker.
So what’s a desperate girl to do, but try her hand at love?

Retired Navy SEAL Beckett Smith doesn’t make mistakes.
Yes, he drinks his way to the bottom of a beer bottle or six, on one too many occasions.
Sure, he’s a well-educated man who prefers to communicate at a level only slighter higher than your average poodle.
And yeah, he lost his legendary control and slept with his boss’s sister, stripping her of more than just her clothes before making a quick getaway.
Only it doesn’t end there. Isolation isn’t providing the peace he’s seeking, the boss he considers a friend is ready to hand him a beat down and a pink slip, and the girl he can’t stop thinking about is suddenly parked on his doorstep.
So what’s a jaded guy to do, but take a chance on love?

WRONG THEN RIGHT is a standalone novel in the Love Happens series.