Author C.A. Huggins novels are sly, humorous and a entertaining look at people in everyday life. His novels are darkly comedic and full of ‘that’s so wrong’ kind of humor, the kind you’ll want to read aloud to your spouse and get them to laugh with you. Enjoy! 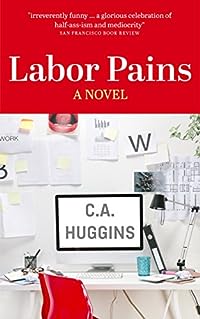 Attaining the American Dream One Lie at a Time.

Kevin Taylor is a woefully mediocre man who finds himself at a crossroads in his mid-30’s. Everyday his alarm clock wakes him up for the cold realization that he has to go to a job that he downright loathes. His cubicle is his own private cell for 8 hours a day, 5 days a week.

All of his efforts to get a promotion or get another job over the past 10 years have been thwarted by his indifference towards hard work and overall incompetence.

He feels destined to be stuck in the glut of the lower middle-class, living from check to check, never having the ability to do the things he wants to do, and going to a passionless job he hates in order to maintain his mediocre fate until he decides to eliminate his competition using a strategy of office terrorism leads him into a string of hysterical occurrences as he quests to get what he thinks he rightfully deserves.

Labor Pains is a wry and absurdly comical look at the modern employee caught in the endless cycle of consumerism where it is impossible to differentiate your wants versus your needs. 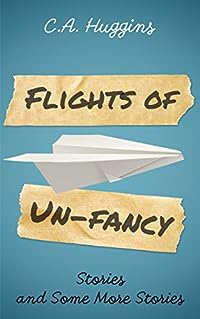 Flights of Un-Fancy, a collection of hysterically funny and thought provoking stories from C.A. Huggins.

In Flights of Un-Fancy author C.A. Huggins uses his razor sharp wit to bring you inside of his world of hysterically funny, awkward and thought provoking stories where he asks:

Can a child make a living as a professional ring bearer?

How difficult is it to get your picture onto the haircut posters that hang in barbershops?

Is it really cowardly to pretend to be dead during a bank robbery?

Can you learn how to be an effective therapist by watching daytime talk shows?

Don’t we have enough slavery movies?

For fans of the absurdist dark humor of David Sedaris, Paul Beatty, and BJ Novak, Flights of Un-Fancy will leave you with a sore jaw from laughing so hard. 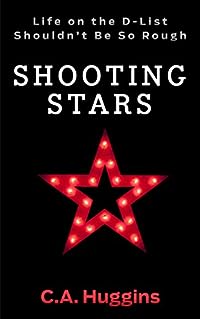 Life on the D-List Shouldn’t Be So Rough

Fame, money, and power were once commodities Carlos Montoya, the ex-child Latin pop sensation, and Brad Michael Stevens, everyone’s favorite 80’s lovable child actor, held in abundance. Now both in their late 30’s, the same world that wanted everything from them now wants nothing to do with either of them.

What do you do when the fans stop calling your name? Or when your agent sends all of your calls straight to voicemail?

Well if you’re Carlos and Brad, you attempt to generate your own buzz by turning to crime. Will their scheme lead them back to the fame they desire? Or will it plunge them further into obscurity? 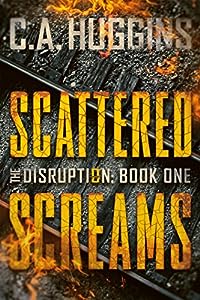 Scattered Screams: (The Disruption, Book One)
by C.A. Huggins

For fans of The Walking Dead, The 5th Wave series, and 28 Days Later, Scattered Screams is a diverse take on post-apocalyptic thrillers…

Their cross-country college visit was supposed to be a bonding experience between Marcus and son, Ali.

Then, the Disruption triggered.

Marcus, Ali, and Vic (Ali’s best friend) would have never imagined the sunny summer afternoon on campus would turn into the fight for their lives.

Now the world is split into two parts: before and after the Disruption.

The new world is akin to a war zone. But a war zone with no clear sides. Allies and foes might be one in the same as everyone attempts to survive.

Marcus’s quest to return home to New York City with Ali and Vic before the new disrupted world chips away at their humanity. They attempt to make it across 3,000 miles of terrain that is covered with mutants, enemies and otherworldly threats.

Lines of communication are disabled. The home they strive to return to may not exist anymore.

In a world surrounded by danger and violence, the only constant are the Scattered Screams.