You can tell I am feeling guilty about how much I ate while I was camping because I put in a book on the Mediterranean diet. I have not been good since I got back from Tough Mudder, and I am really feeling it. Even a carrot right now looks too sweet for me. Give me two days and I will be posting chocolate cake cookbooks again, but for now I am just going to live on water. 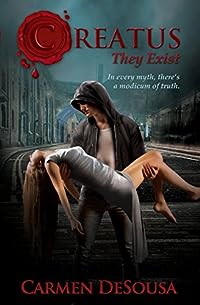 Derrick is one of the creatus, created beings who have lived on the earth for more than four thousand years. Many questions surround the origin of these sentient beings who are stronger than humans, eat differently, and live longer. But they were created just as we were, maybe even before us. It is from them we obtain our fairy tales–and our nightmares. They are the reason we believe in superheroes–and monsters. Because… they exist.

In the past, they kept the human race safe from an anonymous distance. But now Derrick must come out of the darkness to save a woman he has no business loving, even if doing so may threaten his entire race.

The Creatus Series is not your normal paranormal story… it’s a realistic romantic mystery based on the myths you’ve heard your entire life. Prepare to believe… 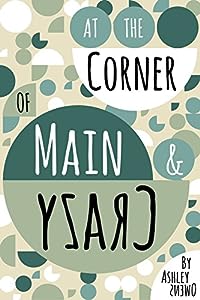 At the Corner of Main & Crazy: a novel
by Ashley Owens

Some question Foley’s decisions. Like why after earning a Computer Science degree, she quits on the day of her first promotion, moves back home and becomes a cashier at a grocery store. What no one knows is Foley’s life decisions are driven by anxiety, and her desire to keep it a secret. She envies her childhood friend, Melody, who seems to float through life, while she endures heart palpitations and hyperventilation.

Self-medicating by eating Pop-Tarts, binge drinking and listening to rock music at ear-bleeding levels no longer helps. Especially once she meets Russell, whose positive energy makes Foley feel a normal life is in reach. But making room for him no longer allows the time or space to vent her anxiety.

Foley begins a roller coaster of drool-inducing medications, doctors’ rejections and coffee enemas all in an attempt to “fix” herself. But this ride threatens to reveal her secret. It drives her away from Melody, who only has a few precious months before moving across the country, and tests Russell’s tolerance of Foley’s true condition. Foley needs to find her remedy, before she loses everyone she loves. 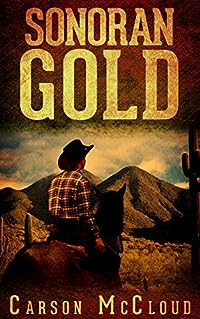 Trouble rides closer to Reuben Jacobs than his own shadow. Wanted in a half-dozen states the outlaw has robbed more than his share of stages and banks, and now he’s got his sights set on a big prize. One large enough to leave the outlaw life behind. One he can’t walk away from. His aim?

Seventy thousand in gold crossing the Sonoran desert in the belly of an armored wagon.

Pat Davies, the gold’s owner, has hired a band of hardened killers to protect what’s his. Three of the most dangerous men alive lead his group, and Davies himself is no stranger to bloody violence. He’ll do anything to protect his fortune.

The blazing Sonora itself might be the only winner. Full of Apaches and empty of precious water it’s an unforgiving place. The gold won’t come easy. Gold never does. 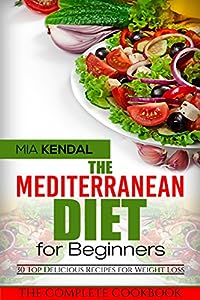 If you have ever thought about introducing a Mediterranean diet to your lifestyle then there’s never been a better time to do it. And with 30 delicious recipes to get you started, The Mediterranean Diet for Beginners, is the perfect book for a healthier you.

With tantalisingly tasty recipes for breakfasts, lunches, dinners, snacks and even desserts, this is the complete cookbook for beginners to Mediterranean cuisine and comes with easy-to-follow recipes that are full of flavour and interest.

Reinvigorate the essence of your life now, with The Mediterranean Diet for Beginners. It will revolutionize the way you eat forever.