The Juniper Series by Lora Richardson will take readers back to hot summer nights, sleepovers with best friends, part time jobs and stolen first kisses. It is a contemporary romance that will have you smiling, crying, and wishing for a relationship like Fay and Malcolm’s. Enjoy! 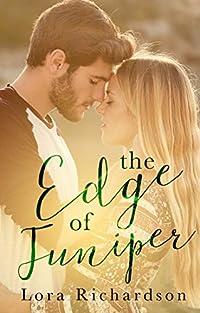 Fay is excited to spend the summer in small-town Juniper with her cousin Celia. But she soon becomes alarmed by her uncle’s scary temper, and learns of the grudge he holds against the Dearing family. Celia handles the tension at home by escaping with her boyfriend, leaving Fay feeling lost and alone.

And then there’s Malcolm Dearing–off-limits because of his last name. Fay has made it clear that she isn’t allowed to spend time with him, though she is captivated by Malcolm’s warmth and intensity. She finds that trying to stay away from him only makes her think of him more.

“Things are dark for you right now. You’re walking in the darkness. I can’t pull you out of it. I can’t turn on a light. But I will walk through it with you.” 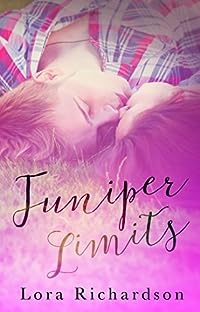 Celia has spent her life waiting for the next crisis. When the tension at home begins to ease, she wonders if she’ll finally be able to relax. Her father has stopped drinking, her cousin Fay has moved back to Juniper, and it seems like Paul might really care about her. But trust is an uphill battle for Celia, fighting against doubt the whole way.

Paul has been drawn to Celia for as long as he can remember, and she is finally giving him a chance to show her how he feels. But when Celia can’t stop worrying everything will fall apart, and when things in Paul’s own life take a turn for the worse, can they learn to rely on each other?