I found my spider! Unfortunately she decided that building a web from the rain gutter down to the garage door was a better plan. I am starting to think she might not be a creature who thinks ahead. Lucky for her, my garage door is broken and we wont be getting it fixed anytime soon. 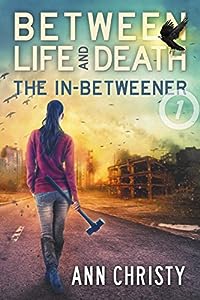 Between Life and Death: The In-Betweener
by Ann Christy

Emily is alone. Two years after the end of the world, she talks to herself and smashes heads with her favorite sledgehammer. This is not the life she imagined for herself as her eighteenth birthday rolls past.

It’s time for her to look beyond her safe, little hiding place to the world beyond. The madness of the apocalypse is ending, the dangerous in-betweeners – those no longer quite human, but not yet dead – are few and far between. The deaders that cover the world are going still, their senses dulled by time and the elements.

The problem is that there are no people… none. Emily has found not a single living human when she’s dared to step outside her safe-zone.

As Emily weighs the heavy cost of surviving alone and begins to accept the inevitable, everything changes once again. One of the deaders at her gate turns out not to be a deader at all. He’s an in-betweener different from any other she has seen before, and he carries a message. If Emily has the courage to step beyond her gate and the skills to survive a perilous trip in a dead world, she might just have a chance at life… a life with humans… after all.

The In-Betweener is book one in the thrilling post-apocalyptic adventure series, Between Life and Death. 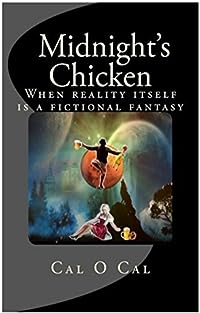 Midnight’s Chicken is based on one segment of my life-long journey that took me to over 130 countries. Cal O Cal, the narrator and the main character in the book, is my alter ego. The book is a sequence of interconnected satirical stories that began when a pair of beautiful yellow pants suddenly entered my life and we decided to travel the world together. What follows is a bizarre concoction of fact, fantasy, and fiction mixed with several real and imaginary characters including dinosaurs, Loch ness monsters, Gods, Genghis Khan, Buddha and Dalai Lama. The story begins and ends in Munich, which is where I live; and therefore the book carries a strong running theme of German life revolving around beer, cheese and dirndls.
The story starts with an insight into the bizarre circumstances surrounding my birth, my unusual education at a Chinese restaurant, my beliefs in edible Gods, my weird sarcastic humor, and my connection to Germans who refused to joke–all vital pieces of information for the establishment of my character as the narrator of the story. And then we go around the world from Germany through India, Burma, Philippines, Australia, South Korea, China, Mongolia, Tibet, Scotland, Portugal, Spain and back to Munich.
The reason why the book is titled Midnight’s Chicken will reveal itself during the course of the book. As a traveler, I used to write daily observational short stories on social media using satire, sarcasm and irony, which appealed to some people who insisted that I should write a book. Midnight’s Chicken was born. As someone who lived in Asia, Europe and North America, I consider myself a global citizen. However, the stories are told as someone who does not belong to any one nationality, race, religion or culture. 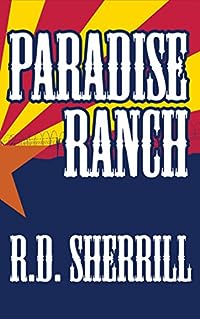 When the body of a woman is found in the remote reaches of the Southern Arizona desert, all
fingers point to the reclusive residents of the nearby Paradise Ranch and charismatic cult leader,
Elijah Quinn. Not wanting to risk another Waco-like tragedy by confronting the well-armed commune, the FBI sends top agent Jack Looper to find the killer and avert a potentially deadly conflict. Teaming with newly-minted FBI agent Ashley Reynolds, the contentious pair soon finds that there’s much more to the murder. The closer Ashley and Jack get to exposing the ugly truth, the more dangerous the mission becomes. 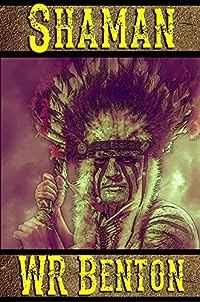 When a strange and deadly disease strikes the plains tribes they’re baffled. Without assistance they don’t know what to do or how to cure it. Mountain men Jarel, Deacon and Bear pitch in as best they can, but they know warning the surrounding tribes and settlements before it strikes might be their best hope of saving lives. Ty Fisher and Nate Grisham team up to spread the word and head off at full speed for Fort Atkinson, only to get sidetracked by a Blackfoot war party. With lives on the line it’s a delay no one can afford.

Sometime later, what started as a barfight, ends in a deadly feud. Matt Spence, a nasty piece on good day, has vowed to put Nate six feet under. He means to make good on his vendetta, whatever the costs to bystanders.

The mountain men are being hunted, and tracked on their mission of mercy! They will have no choice but to solve this latest run of bad luck their own way… the mountain way.

Coming to their aid is an aged Shaman of the Sioux tribe; the Creator has told him in a dream to ride with the mountain men and to help them vanquish their foes.

If you have read any of Benton’s mountain man tales you’ll know they are chock full of action and battle, and this newest one may be his best to date. It’s a rollicking hard day’s ride with all your favorite mountain men characters. 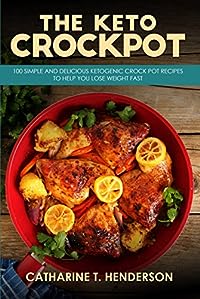 Living the Keto lifestyle is easier than you might think and once you get started you’ll wonder what took you so long.

Cooking should be also quick and easy. The recipes in this book make great use of your crock pot, which is a huge time saver considering that you can set it, walk away and do what’s most important to you.