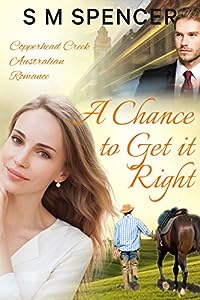 Katrina Jacobs knows something is missing from her life–even though most would say she has it all. But when she pays a visit to her sister in the sleepy rural town of Willows, she discovers what’s been missing.

Richard Jensen has the looks, the money and the career–now all he needs is the perfect wife. He’s convinced Katrina’s the one; he just needs to make it happen.

Terry Winters doesn’t mind the whispers going on in town–after all, he moved to Willows for his horses, and they don’t listen to rumours.

As Katrina grows fond of Willows, she finds herself caught in a battle between substance and form, learning that having it all isn’t the same as getting it right.

But is it just the town she’s enamored with?

A Chance to Get it Right is the second installment in the Copperhead Creek Australian Romance series, and while this is a stand-alone story with respect to the main characters, some of the characters from the first book, A Chance to Come True, make appearances as life continues in the rural town of Willows. 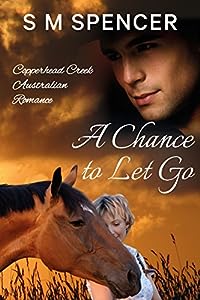 The chains from our past can be strong, but sometimes you just need to let go.

With two marriages behind her, and a grown son, Pauline Evans isn’t expecting to ever fall in love again. But when a smooth-talking newcomer sets his sights on her, she begins to wonder.

Allen Bishop has always known he and Pauline would be good together — if only things were different. He’s never told her how he feels, but now he knows if he doesn’t act soon he may never get another chance. 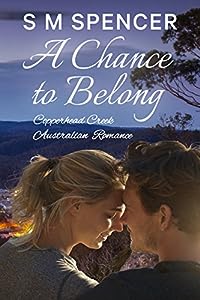 When Jessica Reston’s career hopes nose-dive, her confidence plummets and she believes her only option may be to accept help from her sister who lives overseas. Now, faced with a decision she dreads, Jessica makes a last ditch effort to reinvigorate her career while she house sits for eight weeks at a country property. When she meets the flirtatious farrier and the friendly house-call making veterinarian, Jessica discovers that this house-sitting caper is not what she was expecting; nor is the sleepy rural town of Willows, where she just might find something she didn’t even know she was looking for. 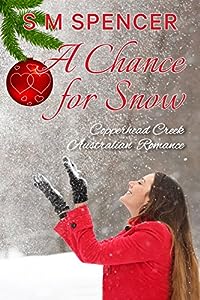 With a double wedding and Christmas fast approaching, love is in the air — or is it?

Of course Debra Franklin is looking forward to her best friend’s wedding; she just wishes she wasn’t dateless again, because even though she’s made plans to leave the small-town gossips behind, she knows the wedding photos with her looking like a spinster will last forever. But when the tall-dark-and-handsome Jim Mitchell, with his cobalt blue eyes shadowed by an American cowboy hat, appears on the scene just a week before the wedding she reckons her problem of being dateless might just be solved.

Megan Saunders has always wanted a White Christmas, and this year she’s having one — in Canada. But getting her wish is a double-edged sword as it means having less time with her best friend, Porter Murray, before he leaves for university. She’s getting her childhood wish fulfilled, so why does her future feel as bleak as a dusty road leading nowhere?

As Debra’s and Jim’s paths cross with the teenagers, they form unusual friendships — and their lives are changed in surprising ways.