Let Her Be An Explorer

I opened up my phone to check Facebook this morning and the first post I see is a post about a found chicken. They listed the location and noted the chicken’s characteristics (clipped wings and such) followed by a picture of a pretty little chicken. I am a little confused. There are chickens roaming all over this county. How do they know that this one was lost? We have a corner drug store that is overrun with chickens, a city hall surrounded by turkey, and a Starbucks that gets visited by a goat looking for snacks. She found trouble in case you were wondering. So how on Earth did someone decide that this particular chicken was lost? The occasional cow that I see running down the road is cause for alarm, but the chicken I would leave alone. Let her be an explorer. 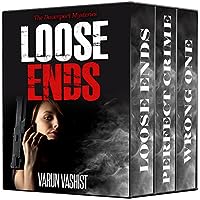 When Agent Kiara Davenport and Agent Jake Carter were assigned new partners, they had hoped the cases would also be new. But, a serial killer is back in town, and Jake has to follow his trail. The only clue left behind is the dying words of the three victims.
And, before he could have asked Kiara’s help, she is sucked into a high political game that is spread across continents. Will they be able to solve the cases without each other’s help and that too using their new, inexperienced partners?

The daughter of one of the most influential man in New York falls for a struggling investment banker. After a torrid affair, they finally get married. Everything seems to head towards a life of joy when the wife vanishes into thin air and the husband becomes the prime suspect.
As Agent Kiara Davenport is about to get hold of him, a ransom call is made from overseas. And, as she is about to catch the caller, someone else confesses to the crime. She knows something is amiss and as she is about to get to the bottom of it, all the suspects start getting killed one by one.
Everyone is a suspect and each suspect is more influential than the other. Will Kiara find the real culprit or become a pawn in the cat and mouse game?

When Kiara invited Jake to a family wedding, he had not thought that it will be different from any other wedding. However, he started sensing something wrong with everyone in the wedding party.

Is Jake going to find out anything or is it a mere hunch? Or Kiara’s fear of Jake creating a trouble in the marriage will come true? 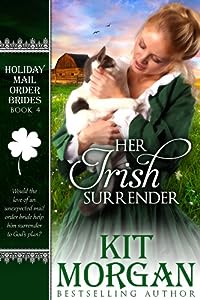 Her Irish Surrender is the Fourth Book in the Holiday Mail Order Bride Series! If you’ve not yet delighted in these sweet stories, you can start here without having read the previous three. (Unless you want to, of course!) Enjoy Lorcan and Adaline’s story of love, adventure, and miracles. 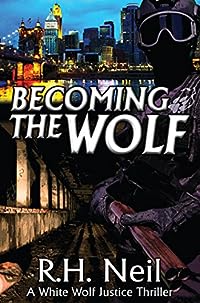 Who is JD Ward?
A farm boy with combat experience as an Army combat tracker.
A rookie police officer, burdened to solve a cold case that’s haunted him since childhood.
And a reluctant vigilante known as The White Wolf. A fierce guardian of justice who uses Cincinnati’s forgotten underground-abandoned since the 1920’s-to wreak havoc on the city’s most violent criminals.
Now the predators have become his prey…
As The White Wolf, JD Ward is pulled back into a world every bit as deadly as the one he’d left behind in the military. He finds himself hunted by a homicidal clan, a street gang, and a federal task force, forcing him to step out of the shadows to save Cincinnati from a cunning plan of revenge and total devastation. And the conspiracy turns out to be more treacherous than JD could have imagined, and more savage than he may be able to survive. 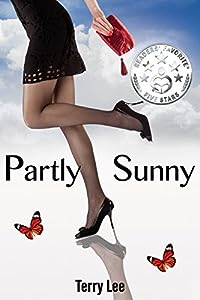 Darcy Daniels works hard for her perfect portrayal of success. She sells designer eye wear, her fashion is flawless, as well as her high-class social connections. Her apartment is shabby, however the zip code signifies status: Houston’s Uptown Galleria. On the outside, her lifestyle supports chic and exciting, but things are not always as they seem.
Underneath, Darcy shares a connection with those suffocating from insecurities and low self-esteem. Her world appears to be shrinking and is taking its toll. And Prince Charming? Where is he? The natural ending to all she has worked toward. How long can she maintain her fabricated charade?
Darcy’s insecurities hit an all-time low when dynamics heighten between her and the crusty, old apartment manager, whose is the master of intimidation. Pushing through her relentless self-doubt, Darcy stumbles upon a crack in the bitter old woman’s facade, which leaves both of them at a crossroads in their lives… and hearts. 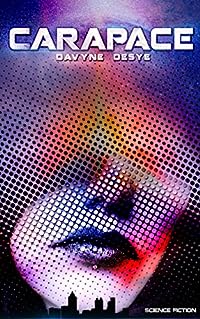 Humans are not at the top of the food chain.

While a few brave humans are ready to fight to regain their freedom from their alien conquerors, the future of the human race falls on Khara, a woman who doesn’t give a damn about their cause or freedom. It’s aliens against humans and humans are losing the battle.

Or are they? Nestra – the alien Queen’s Shame Receptor – struggles with loyalty to her Queen.

As the humans plot revolution, the alien Queen’s madness creates a rift between infected and uninfected aliens. Will the forbidden friendship that develops between Khara and Nestra show them all a new way – coexistence? Or will the human race finally be eliminated once and for all?

This gritty alien invasion story is told from both human and alien points of view, a la C.J. Cherryh, and puts a new twist on the idea of “first contact.”