My GOLLY! I just watched a video of Phil Collins performing “In The Air Tonight” on the Tonight Show with Jimmy Fallon. He’s still got it! Oh boy does does he still got it, and it still fires me up when I hear that awesome drum roll. Listening to the words now, a few years later, they seem to take on a whole new meaning. I remember singing along, but why do they seem different now? It’s like I am actually listening to them and not just singing along. I might have to go back and listen to some other songs to see if I have been blind to all of there meanings. 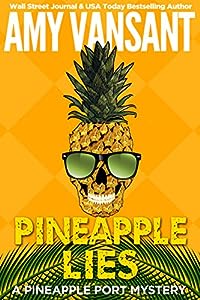 A Twisty Puzzler Complete with Dogs, Romance and a Backyard Body… Solve the mystery before you die laughing!

Book one of the laugh-out-loud mystery series from Wall Street Journal and USA TODAY Best-Selling author Amy Vansant. If Janet Evanovich’s Stephanie Plum and the Golden Girls had a baby, it would be the Pineapple Port series!

It’s bad enough finding a body in your back yard — especially when foul play is pretty much a certainty. But when you discover the bones are somebody’s long-missing mom, it’s tragic. And if that person is the hottest guy in town, you’ve just made the world’s worst first impression!

Charlotte Morgan’s got every reason to take an intensely personal interest, even if solving a murder’s a bit of a stretch for a 26-year-old amateur sleuth raised in a 55-plus Florida community–golf-cart racing’s usually about as exciting as it gets for her. But things are heating up in her world, and not just in the romance department. The hot guy’s uncle is Charlotte’s number one suspect. He’s debonair, he’s mysterious, he’s just a little too slick — and he’s dating a friend of Charlotte’s. If she doesn’t step up, who knows what could happen? 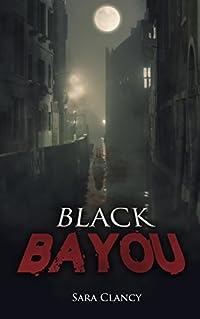 Marigold La Roux had a perfectly average existence… until the night her parents tried to murder her.

Barely escaping with her life should have been the end of Marigold’s living nightmare. Unfortunately, it was just the beginning. Her entire world starts shattering. She moves to New Orleans to stay with her only living relative, her aunt Delilah. She believes the bustle of Bourbon Street will help her get a fresh start, but strange things start happening to Marigold at the La Roux estate. Ghostly voices whisper in her ear, sharp knives scrape against her door, and something in the darkness lashes out, leaving deep claw marks on her back.

Hoping to understand her torment, she starts delving into her family’s past and is shocked and appalled by what she discovers. She begins to understand why locals shudder at the mere mention of La Roux house. The attacks against her grow more vicious, ravaging not only her body, but also her mind.

Desperate to end her suffering, Marigold teams up with Louis, an occult enthusiast, who hopes his knowledge of the paranormal can help end her family curse once and for all. But, the dark forces of evil are relentless and their twisted hold runs deep in her blood. They will stop at nothing to get what they want: her life.

A global flu pandemic has wiped out ninety nine percent of the worlds population. The UK is now lawless and the power is off. The survivors are left to fight over the remaining supplies of food and water. Nick Smith is a man with a tough past. He was a fugitive when the virus hit. He survived by living off the land and by staying constantly on the move. Up until then he had avoided all contact with other people. Following the pandemic he reluctantly saves a young boy from a vicious gang and his life is turned upside down. Nick and the young boy then cross paths with Beth and her two daughters at an abandoned motorway service station. Nick is then drawn further into a situation that he has been avoiding for years.
Beth and her daughters have been forced to leave the safety of their house. They are on their way to the coast and they are looking for something that no longer exists. A safe home in this harsh New World. 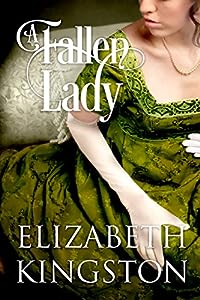 A Fallen Lady (Ladies of Scandal Book 1)
by Elizabeth Kingston

Six years ago, to the outrage of her family and the delight of London gossips, Lady Helen Dehaven refused to marry the man to whom she was betrothed. Even more shockingly, her refusal came on the heels of her scandalous behavior: she and her betrothed were caught in a most compromising position. Leaving her reputation in tatters and her motivations a mystery, Helen withdrew to a simple life in a little village among friends, where her secrets remained hers alone.

For reasons of his own, Stephen Hampton, Lord Summerdale, is determined to learn the truth behind the tangled tale of Helen’s ruin. There is nothing he abhors so much as scandal – nothing he prizes so well as discretion – and so he is shocked to find, when he tracks Helen down, that he cannot help but admire her. Against all expectations, he finds himself forgiving her scandalous history in favor of only being near her.

But the bitter past will not relinquish Helen’s heart so easily. How can she trust a man so steeped in the culture of high society, who conceals so much? And how can he, so devoted to the appearance of propriety, ever love a fallen lady? 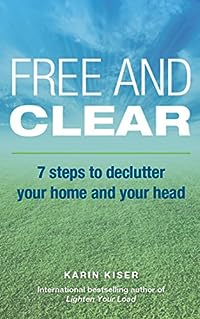 Free and Clear: 7 Steps to Declutter Your Home and Your Head
by Karin Kiser

From the author of the # 1 International Bestseller Lighten Your Load

Clutter is not the problem.

Have you ever spring cleaned your house, or donated some of your unwanted stuff to charity? That’s decluttering.

The problem is, if you’re like most people, you’ve probably accumulated plenty of new stuff since your last closet purging or trip to the donation center. You’re not alone.

The U.S. Department of Energy revealed that more than 25% of households with two-car garages have too much stuff to fit their cars inside them!

The truth is, your stuff isn’t the problem. It’s not even your fault. You’ve simply picked up the habit of re-cluttering.

Free and Clear will help you break the re-cluttering habit, and finally be free of the anxiety and exasperation that excess physical clutter can provoke.

If you are looking for the perfect method for folding your shirts or rearranging your stuff, this book is probably not for you. It won’t help you rearrange your current stuff in a new way. Moving stuff around doesn’t get to the real issue of why you accumulated all that stuff in the first place.

Using the 7-step Free and Clear system, you’ll discover..
Why you wear the same 20% of your wardrobe over and over
How to declutter your closet, kitchen, living spaces – and even your mind
How to capture a renewed sense of freedom, appreciation, and ease with your physical stuff
The secret to breaking the re-cluttering habit once and for all

Inside Free and Clear you’ll also discover how to create some much-needed space in your home and your head, so you can have more of what you really want in life.

So if you’re ready to finally get to the root cause of your clutter, and become free and clear, you must get this book now.

Get the simple, actionable approach to decluttering your home and your head, creating more time, space, and happiness in your life. It’s all revealed inside Free and Clear, book two in the Dare To Be AwareTM series.

Don’t let another day go by with excess stuff you don’t need and rarely use. Take control and follow the simple 7-step system to finally be free and clear. Scroll up and get your copy now.

Free and Clear: 7 Steps to Declutter Your Home and Your Head