My sweet little Junebug is the jealous sort. I really like watching animal shows while Junebug relaxes on my lap. Every single time an dog shows up on the screen, she barks and growls. She has no time or tolerance to share her human with another dog. That is unless she has given her approval of course. She has made friends with a poodle down the street. Winnie the Poodle is on the approved list because of her sweet nature and soft paws. When you are only nine pounds, soft paws are very important. Once you are on Junebug’s naughty list though, it is next to impossible to get off of it. In fact the three dogs that are her  naughty list have been on there for months and I have yet to see her change her mind. Little bugger remembers everything. Maybe she is part elephant. A very small elephant. 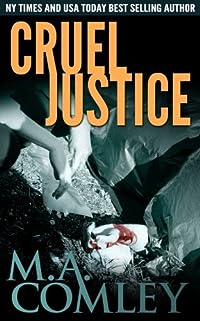 The woods held secrets…
… and a headless body.

It’s not the only one.

When the news broke, it was chaos. With the two best detectives on the case, there were sure to be some answers. At least that was the hope. They’re stumped. And people are scared.

DI Lorne Simpkins is getting bad vibes on this one. She can’t shake the feeling that she’s being watched. Are they dealing with a serial killer or are there two murderers on the loose?

Now she and her partner are besieged on all sides by the press, their new boss, and every person they see on the streets.

Nobody’s happy with how it’s going…
… especially not the person who sent her the most frightening letter she’s ever read. 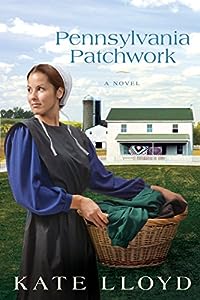 ONE HEART. TWO LOVES. ONE CHOICE.

Seattle native Holly Fisher is smitten by Lancaster County, its simplicity and her long lost relatives. In the sequel to bestselling Leaving Lancaster, Holly embraces the Amish culture, learning to slow down to see what – and who – really matters.

Meeting the family that her mother had kept hidden from her, Holly comes face to face with her real life and blood legacy. She also falls for the charming Zach, a handsome Mennonite veterinarian who is everything she’s ever wanted in a husband: confident, kind, successful, and authentic. And Zach proposes marriage. Is this too soon? Is this the right choice? Mother and Amish grandmother think she’s rushing into too much of a lifestyle change. Holly is in love with Zach and that precludes everything. Until she meets an attractive Amish man. And an old suitor shows up.

Pennyslvania Patchwork is the moving, richly told story of one woman’s heart, her faith and trust, and the choices she makes. Never easy, but one choice can change your destiny. 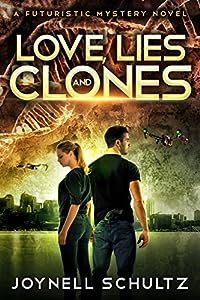 When her estranged father mysteriously appears at her doorstep to warn her of impending danger, she immediately dismisses him. But when he goes missing, his seemingly unbelievable claims prove to be true. Not only is her life in danger, but the lives of others like her are at stake.

As clues about a malicious conspiracy unfold, an AWOL soldier emerges insistent that he holds the missing link in this deadly puzzle, but placing her trust in a stranger is the last thing June is willing to do.

With the clock ticking, can June trust him with her secret… and her heart? 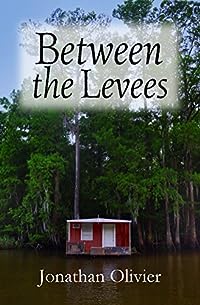 Between the Levees
by Jonathan Olivier

For Sam Miller, family is what he wants most in the world.

Though with his parents deceased since he was a boy, and with no way of uncovering who they were, finding a sense of family is more than a daunting task — it seems impossible. Until he goes to Louisiana’s Cajun country, with hopes of finding a man who perhaps knew them.

After enduring blistering heat, torment from mosquitoes, venturing into eerie, backwater swamps, and fending off alligators, snakes, and a few sinister locals, Sam finds what he had sought all of his life. He’s also given a second chance, one to leave behind a pained past that he would rather forget.

But finding what he wants most means that he’ll eventually have to lose it. 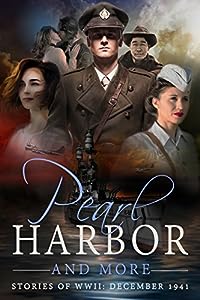 When Pearl Harbor goes up in flames, eight lives will change forever.

A shock wave ripples across the world, setting off a chain of events in which no one is left untouched.

From a con man in New York, to an Ulster Home Guard, to an American naval nurse, to a French Countess, and to a German Jew, each will bear the consequence of Japan’s surprise attack on the American naval base.

What challenges will they face? Will they find their ways and come through?

Step into these tales of eight men and women spread across continents after the fateful day of December 7, 1941. See through their eyes how one event shook their lives and devastated the world.

Deadly Liberty by R.V. Doon: Connie Collins, a navy nurse on the hospital ship, USS Solace, takes liberty the day before Pearl Harbor. Her budding romance wilts, an AWOL nurse insists she find a missing baby, and she’s in the harbor when WWII erupts. Under fire, she boards the ship–and witnesses a murder during the red alert chaos. When liberty turns deadly, shipmates become suspects.

The List by Vanessa Couchman: A high-ranking German officer is assassinated in Western France and 50 hostages are shot. Fifty more will be executed if the killers are not handed over. Jewish communist Joseph Mazelier is on the list. Will Countess Ida agree to help him escape?

Christmas Eve in the City of Dreams by Alexa Kang: On his last night in New York, a young grifter sets out to turn the table on those who shorted him before he leaves for the draft. Will he win or lose?

Allies After All by Dianne Ascroft: Although their nations are allies, from their first meeting American civilian contractor Art Miller and Local Defence Volunteer, Robbie Hetherington loathe each other. But Northern Ireland is too small a place for such animosity. What will it take to make the two men put aside their enmity and work together?

Time to Go by Margaret Tanner: A young sailor, who died at Pearl Harbor, finally meets his soulmate on the 75th Anniversary of the battle. Will she be prepared to leave the 21st century with him? Or will they forever remain apart?

Turning Point by Marion Kummerow: Eighteen-year-old German Jew Margarete Rosenbaum is about to be sent to a labor camp, when a bomb hits the building she lives in. Emerging from the rubble she’s presented with an unexpected opportunity. But how far is she willing to go to save her life?

I am an American by Robyn Hobusch Echols: Ellen Okita and Flo Kaufmann are high school seniors in Livingston, California. Ellen is a first generation American who lives in the Yamato Colony, composed of about 100 families of Japanese descent. Flo’s father is a first generation American. After Pearl Harbor, the war hits home fast and brings unforeseen changes to them and their families.

A Rude Awakening by Robert A. Kingsley: Singapore, December1941; the fortress sleeps, believing its own tales of strength and invulnerability. A rigidly class based society throws garden parties and dines sedately, disregarding the slowly growing number of warning signals. Suddenly, the underestimated enemy ferociously attacks and the myth of invincibility is shattered forever.