If you paid me a million dollars I still couldn’t muster up enough imagination to be a little cool and much less of a dork. It’s just not in my DNA. I had it checked. So while I am always going on and on about decorating for the Holidays and watching Hallmark Original Christmas movies, I am actually still working at my new job for a non-profit that feeds the families affected by the fires last year. It’s hard work moving all those heavy boxes of food and transporting the completed meals from one kitchen to the next, but I really do love it. I love the people I work for as well as what we are working so hard to do. There is one little perk I haven’t mention yet. Sometimes I get to work around famous people. THAT IS SO COOL! I try to ignore them, but sometimes that is hard to do. I like to keep my head down and get my work down. Mostly because I know I would say something stupid. Yesterday I think I creeped one guy out. He caught me staring too long. When I knew he caught me I should have just looked away non-nonchalantly. I didn’t. DRAT!!! I stared at me… He stared at me… he looked like he was about to have his security guard tackle me. In the most clumsy way possible I went back to work. I might have to practice being normal. Do I do that on company time? 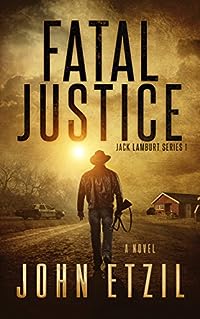 Jack Lamburt has a bright future as the sheriff of a quiet town. He knows the locals by name, he’s dating the bar mistress, and nobody suspects his dark secrets. When big city mafia stirs up trouble in his small town, Lamburt retaliates with swift, violent action. Now the crime syndicate is in search for answers… and blood.

With the lives of the people he swore to protect in grave danger, Lamburt will need every weapon in his arsenal to outmaneuver the mob. Even if it means he’ll risk exposing his past. 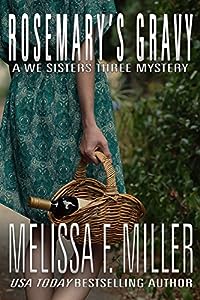 The day I become a murder suspect starts like any other. I’m busy prepping for a dinner party, regretting my life choices, and putting up with my diva movie star boss’s antics.

But when said miserable movie star dies from an allergic reaction after eating my cooking, the police want to charge me and close the case.

To clear my reputation and stay out of prison, I have to find the real murderer. The suspect list is long (did I mention she was a rotten person?) and includes a womanizing race car driver; a powerful music producer; Hollywood’s hottest leading man; and, oh yeah, Felix, the dead woman’s gorgeous stepson — which gets a bit awkward when he and I start dating.

Things go from bad to worse when Felix nearly dies from food poisoning after I make him a romantic dinner.

Now I’m unhappily single, unemployed, and once again on the wrong side of the LAPD.

Salvaging an oversalted sauce? No problem. Saving my bacon while a ruggedly handsome homicide detective investigates me for murder? We’ll see… 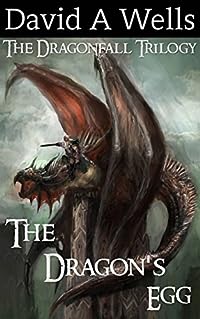 The Dragon’s Egg (Dragonfall Book 1)
by David A. Wells

Seventy-five years ago, the dragons fell from the sky. We thought they were just meteorites — six terrifying explosions rang the world like a bell. When the dust settled, we went on with our lives as though nothing had happened.

More than a decade later, five of the eggs hatched. The dragons that emerged were small and weak. They kept to the shadows, working in secret to persuade people to do their bidding, offering magic as payment and reward. Years passed… and still we didn’t notice the evil growing in our midst.

The war began suddenly. Survivors called it the ‘apocalypse’ — nine billion people killed in an afternoon.

Then the dragons revealed themselves, burning huge swaths of what remained, taunting and mocking and murdering the survivors.

Four leaders arose: The Wizard, the Dragon Rider, the Monk, and the Dragon Slayer. Allied with the rebel dragon, they waged war for years until they too were defeated, scattered, or killed.

When the war ended, only one dragon remained… but that single dragon was enough to plunge the world into tyranny.

The Dragon’s Egg is the first book in the post-apocalyptic, epic fantasy series–The Dragonfall Trilogy. 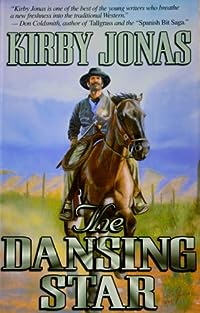 The Dansing Star
by KIRBY JONAS

In 1879, a bank was robbed in Tucson, Arizona Territory. Deputy Sheriff Mort Dansing was the senior lawman on duty, and as such he was in charge of the posse that rode into the desert to catch the robbers. Unfortunately, all sign disappeared in a freak sandstorm, and the posse returned to Tucson in shame.

When a good friend of Dansing’s is later killed, he is a member of the posse that goes after her. However, the Apaches have jumped their reservation and gone on the warpath, and the bulk of the posse chooses for safety to return to their homes. Only Dansing and his partner continue.

Dansing, who was partially raised by the Apaches, has both friends and enemies among them. But it is the war chief, Horse Hate, who surrounds Dansing in a deserted cabin in the desert, who is his worst enemy. Here in this lonely cabin, Dansing, his partner, four hardened men and one lonely woman must make a stand against over fifty Apache warriors bent on their destruction. 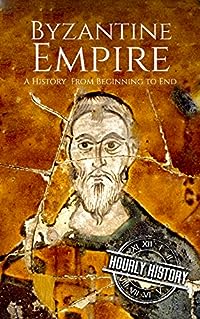 Byzantine Empire: A History From Beginning to End
by Hourly History

According to history books, the Roman Empire ended in 476 CE with the fall of Rome. But if you asked most people alive at that time, they would have pointed you to what they considered the continuation of the Roman Empire — the civilization we now call the Byzantine Empire. The Byzantines, however, were more than just a remnant of Roman glory. At its geographical peak, the Byzantine Empire stretched out across the Mediterranean world. Culturally, the Byzantines both preserved the knowledge of the classical world, much of which was lost in the West, and added to it.

A Divided Empire
The Fall of the West
Rising to Glory
An Age of War
The Destruction of Icons
The House of Macedon
The Comnenian Revival
The Final Decline
And much more!

Shaped by its classical roots, its Christian religion, and the changing medieval world, the story of the Byzantine Empire is one of both glorious victories and terrible defeats, of a civilization that rose from the brink of destruction again and again, and of the development of a culture whose vestiges remain today.