No Peeking At The Screen

This weekend is the Superbowl, and I can’t believe how hard I have to work at not seeing the awesome Superbowl commercials before the actual game. It’s like knowing what is in your Christmas presents before Christmas. STOP IT! The fun commercials are half the reason I watch the game. The other half is the great food that makes it’s way in front of the TV and into my mouth. How I am not 700 pounds I have no clue. Actually I do know. I have two crazy boys that keep me running around and on my toes. But not during Superbowl when we are all on the couch in front of a coffee table full of food enjoying commercials. STOP SHOWING THEM ON MY FACEBOOK NEWS FEED! 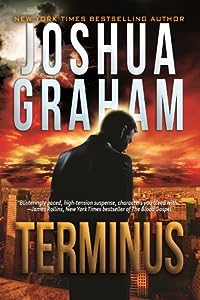 HOW FAR MUST AN ANGEL FALL TO FIND HIS DESTINY?

Having witnessed one too many senseless deaths, Nikolai, a disillusioned Reaper 3rd Class, resigns his commission with the Angel Forces after a tedious century of gathering souls.

Immediately, another division recruits him with the promise of a more rewarding career, and issues his initial assignments:

To bring down a few very dangerous threats to the human race. In the process, Nikolai falls in love with one of his targets – Hope Matheson, a woman who will lead thousands astray.

Caught between conflicting agendas, Nikolai chooses to “fall” from his celestial state and become mortal in order to circumvent angel law and be with her.

But for angels and humans alike, things are not always as they appear. Still a target, the threat against Hope’s life intensifies.

Now, in order to save her, Nikolai must rally the last remnants of his failing supernatural abilities to prevent her assassination, as well as the destruction of an entire city by a nuclear terrorist strike.

But his time and power are running out.

Terminus is a perspective-altering saga that delves into ageless themes of redemption, destiny, and the eternal power of love. 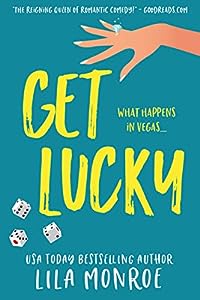 Get Lucky: A Romantic Comedy (Lucky in Love Book 1)
by Lila Monroe

Fall in love with this hot and hilarious romantic comedy, perfect for fans of Sophie Kinsella, Jasmine Guillory, and Christina Lauren!

What happens when you wake up in a hotel suite next to a gorgeous naked man with absolutely no memory of the past twelve hours?

I guess it’s true what they say: what happens in Vegas stays in Vegas.

Or at least I hope it stays here. The Romantic Style Book convention was meant to be a weekend of raucous fun with friends, sun, and enough poolside margaritas to forget about my ex. But now, instead of meeting my fans and signing books, I’m stuck with cocky divorce lawyer Nate Wexler. He’s arrogant, infuriating, and I can’t keep my hands off of him. Judging by the state of our hotel room, last night was wild. I just wish I could remember it.

A pair of matching tattoos. A half empty box of glow-in-the-dark Magnums. And a… wedding veil?

What the hell just happened? 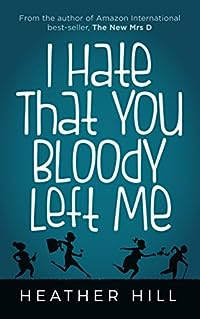 I Hate That You Bloody Left Me: A Comedy About Bereavement
by Heather Hill

‘Dare to never lose the silly side of yourself.’

When three silver-surfer widows take a road trip to a bewitching island in the Southern Hebrides, kidnapping a world-renowned psychic medium was the last thing on their minds. And the first thing they did…

After three bereaved, elderly ladies meet in an online forum, it soon becomes clear they each have their own, quite specific, senior citizen plan. The first is desperate for a message from her husband, but his sudden death has made him unavailable. The second just wants a hole in the ground to swallow her up, and so it duly does. The third is in search of her true identity, and has all of life’s essentials in her over-sized handbag: lipstick, phone, spare pair of knickers, mother…

As a trio of desolate women transitions into a trio of friends, they embark on a mission to track down a recently retired, world famous pyschic medium, which takes them on a series of zany and hilarious adventures, where shocking secrets are revealed, relationships are tested, and lobsters are liberated. The women want to know, and they want to know now: Is there life BEFORE death?

Light-hearted, funny and moving, ‘I Hate That You Bloody Left Me’ is a journey of friendship, whisky-rustling and accidental kidnapping, set on the spectacular Scottish isles of Jura and Islay.

It’s a pint full of belly laughs, with a whisky chaser. 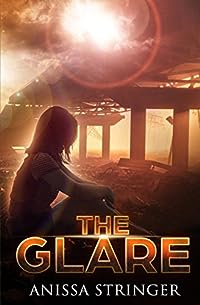 The Glare
by Anissa Stringer

Jenna’s already lost everything, so how much worse can the end of the world be?

When the apocalypse strikes, thirteen-year-old Jenna believes it’s the best thing that’s ever happened to her.

Keeping secrets, lying, and fending for herself serve Jenna well; she’s alive when the apocalypse strikes. But just because she’s a survivor before the world ends doesn’t mean life afterwards is always easy. New dangers lurk around every corner and her inability to trust others may be the biggest threat to her survival in THE GLARE. Pick up a copy of this fast-paced page turner today! 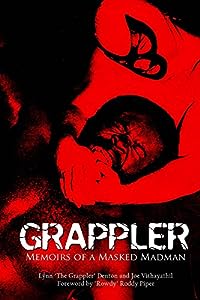 He defeated Andre the Giant, tutored the Ultimate Warrior and helped Jake “The Snake” Roberts invent the DDT. He was also Harley Race’s booker, Ric Flair’s driver and Roddy Piper’s right-hand man. This is the true story of pro wrestling’s overlooked legend.

From Denton’s humble beginnings in a Texas dance hall, to the bright lights of the “Monday Night Wars”, this is the story of one man chasing his dream through 35 years of wrestling history. With a foreword from WWE legend “Rowdy” Roddy Piper, GRAPPLER is a must have for any fan who wants to learn about the unsung heroes of professional wrestling. This humorous and heartfelt autobiography is proof that not every legend wears a Hall of Fame ring.