I will start by saying I have not used weed killer in a few years because it is very bad for bees, bugs, and humans. I am not going to lie. I miss it. That stuff would kill every single weed in my driveway like a champ. Spray once and death spread across the cracks like a dark wave of terror, but in a good way. Once I learned about how it was affecting the environment and the bees though, I had to stop. Now my driveway looks like an ugly short jungle. Blegh! Except, if you have an ugly short jungle, people think you are a good person because you are caring for our planet. I overheard one conversation at Target where one person was talking about a neighbor and how there are absolutely no weeds in his driveway, so he must be using the evil weed killer. They were both shaking their heads and making sounds of disapproval.  Yikes! So what I have to do is clean the weeds out of my driveway manually and make sure everyone sees me pulling them by hand, but for those who didn’t see me doing it I have to leave a few so people know I love bees and baby seals. It’s all about balance, bees, and baby seals.

‘Historical fiction at its best.’ 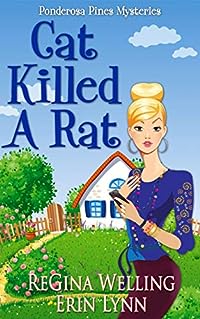 Nothing bad ever happens in Ponderosa Pines

At least, that’s what anonymous gossip columnist Chloe LaRue and her best friend, town matriarch EV Torrence thought — until a resident of their sleepy little village turns up dead. When EV becomes suspect #1, even Chloe can’t stop the rumor mill from churning.

Against Detective Nate Harper and Deputy Dalton Burnsoll’s orders, Chloe and EV mount their own investigation — but what they uncover might just rock the community to its very core. Could one of their own beloved citizens really be a killer? 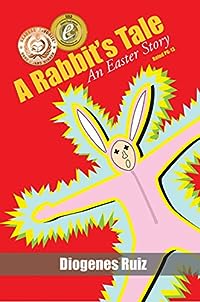 A RABBIT’S TALE–AN EASTER STORY, by Diogenes Ruiz, opens with a scene where Monty, the new boy on Juan Arias’ block deposits a mouthful of spit in the Arias family’s mailbox. The two neighbor boys couldn’t be more different. Although they both were in the 5th grade, Juan tries his best to ignore Monty because he secretly thinks the new kid is slightly crazy. Or possibly from another planet. Juan wants nothing to do with him. Twenty-five years later, Monty is working at his father’s business and tries to poison his father so he can gain full control of the company. The company where Juan works is involved in a project with Monty’s company, etc. 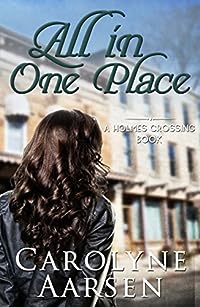 All In One Place (Holmes Crossing Book 2)
by Carolyne Aarsen

She has sass. She has spunk. She has a devastating secret.

Terra Froese likes to keep people at arm’s length and change her address regularly. It keeps life simple and uncomplicated. But when an abusive boyfriend forces her to make wrenching choices she flees the city and across the country.

Terra takes her emotional baggage on her trip to her sister, Leslie, hoping to discard it along the way. But when forced to stay in Holmes Crossing, Terra has to face her past and decisions that still haunt her. She also has to figure out what to do about Jack DeWindt, a cop who would like to convince her to stay around awhile. Can she stay and face her past? Or will she move on, carrying her guilt and fears alone. Again.

All In One Place will warm your heart and show you the power of forgiveness to heal and move on. 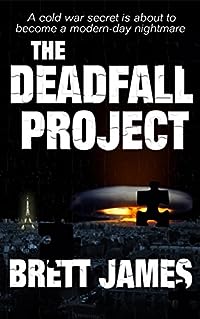 A cold war secret is about to become a modern-day nightmare.

Iranian terrorists plant a bomb in Paris, attempting to kill millions, and one man must track them down before they strike again.

CIA agent Grey Stark is back from three decades of retirement, searching for an elusive bomb that could level a city in seconds. As the American president amasses troops at Iran’s border, Stark races across France with his ex-wife, digging through his own dark past in a desperate attempt to defuse the war.

Hunted by a world-class gunman, a playboy terrorist, and half the world’s intelligence agencies, he realizes that even his own boss will stop at nothing to protect the secrets of The Deadfall Project…