What was supposed to be a fix, turned out to be the reason it was broken. The mystery of why I kept waking up to an empty pond had nothing to do with raccoons knocking over the fountain and the water spraying out, or a hole in the pond. It was the dripper we had put in the pond to fill it up when the plants were getting watered. Without the dripper tip on the end of the little hose that has an anti-siphone device, it just siphoned the water right out at night. Maybe something to do with the drop in temperature at night. I’m not sure.  Now the little fish can rest easy at night knowing their home won’t disappear while they are sleeping. This is good since I just added water-plants and a few more goldfish. With that little issue out of the way, I was able to sit back, relax and enjoy my finished garden. I was quite proud of myself for accomplishing my goal of finishing it by Easter. So there I was, looking at all the beautiful plants, ready to relax, when I noticed it. Looks like some of my plants are coming to the end of their season. Time to get back up and get to work. That was a pleasant 2 minutes. 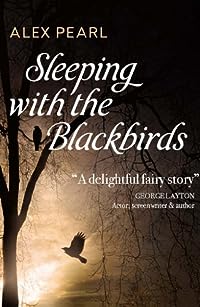 Sleeping with the Blackbirds
by Alex Pearl

Eleven-year-old schoolboy, Roy Nuttersley has been dealt a pretty raw deal. While hideous parents show him little in the way of love and affection, school bullies make his life a misery. So Roy takes comfort in looking after the birds in his suburban garden, and in return the birds hatch a series of ambitious schemes to protect their new friend.
As with the best-laid plans, however, these get blown completely off course – and as a result the lives of both Roy and his arch tormentor, Harry Hodges are turned upside down. While Harry has a close encounter with God, Roy embarks on a voyage of discovery that draws in and impacts on everyone around him, including the local police, his headmaster and the national media. Where will it all end, and will life ever be quite the same for Roy Nuttersley? 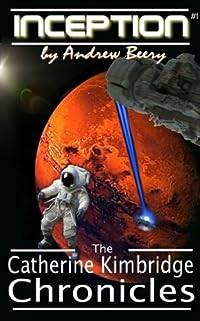 2067 was the year I died for the first time… It was painful. Had I known how often I’d be expected to die over the next several millennia, I might have made a stronger effort to stay dead. The year actually started off rather nice. I finished my PhD in high energy physics and was promoted to Lieutenant Commander in the United States Air Force. My first posting after the promotion was to the Lunar One Air Base where I worked with my father, Dr. Robert Kimbridge on “The Project.” “The Project” was our name for a VASIMR Ion Drive interplanetary space craft that used Thorium LFTR reactors for both shielding and power. Capable of a sustained point one G of acceleration, our prototype was expected to make the Mars run in less than a week. By the end of November the ESX Arizona was ready for her first trial runs and I was her pilot. History has an odd way of repeating itself.

Uncounted millennia ago the uncreated Creator reached forth a hand and touched a series of disparate universes. The touch set in motion ripples that created life in the Creator’s image… a life that was self-aware… a life that aspired to be more than it was… a life that sought to create in its own right. Love and fear walked hand in hand. Thus the stage was set for an epic conflict that would span the universes. These are the adventures of one brave soul and her quest to protect all life. These are the Catherine Kimbridge Chronicles. 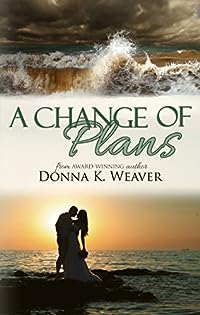 A Change of Plans, Safe Harbors #1
by Donna K. Weaver

Lyn wants to move on. She just doesn’t realize it will take pirates, shipwreck, and an intriguing surgeon to do it.

When Lyn sets off on her supposedly uncomplicated and unromantic cruise, she never dreams it will include pirates. All the 25-year-old Colorado high school teacher wants is to forget that her dead fiancé was a cheating scumbag. What she plans is a vacation diversion; what fate provides is Braedon, an intriguing surgeon. She finds herself drawn to him: his gentle humor, his love of music, and even his willingness to let her take him down during morning karate practices. Against the backdrop of the ship’s make-believe world and its temporary friendships, her emotions come alive.

However, fear is an emotion, too. Unaware of the sensitive waters he navigates, Braedon moves to take their relationship beyond friendship–on the very anniversary Lyn came on the cruise to forget. But Lyn’s painful memories are too powerful, and she runs off in a panic.

Things are bad enough when the pair finds themselves on one of the cruise’s snorkeling excursions in American Samoa. However, paradise turns to piracy when their party is kidnapped. Lyn’s fear of a fairytale turns grim. Now she must fight alongside the man she rejected, first for their freedom and then against storms, sharks, and shipwreck. 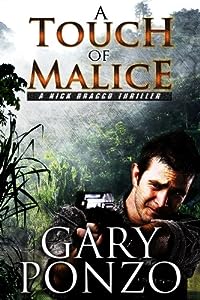 While filming a documentary, the President’s brother is captured deep within the Amazon Rainforest by a Colombian cartel. The President calls the one person who has the underground criminal contacts needed to fight this type of vicious enemy – FBI agent, Nick Bracco. Once again Nick relies on his mafia-linked cousin Tommy to help with the operation. When Tommy recruits an assassin to join the rescue team, the rollercoaster comes off the track and everyone becomes a target. 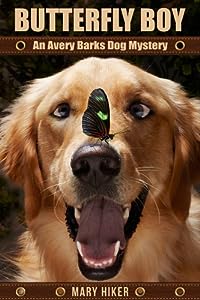 Helping out a neighbor can be murder…
Avery Barks dedicates all of her spare time to training search and rescue dogs and helping the animals. That dedication soon lands her unemployed and out of options.

While helping an elderly friend, Avery and her butterfly loving dog, Chevy, find the unthinkable – a dead body. The sleepy North Carolina mountain town she calls home is shocked and shaken to the core.

With her trusty canine companion by her side, Avery must follow the clues and solve the murder mystery before she winds up on the suspect list.

Butterfly Boy is a standalone book in Mary Hiker’s popular Avery Barks cozy mystery series. With fun characters, lots of twists and turns, and a lovable dog, it’s easy to see why people enjoy these books.