If I were to tear up the front lawn, right now would be a good time. The soil is soft, and not so saturated that the adobe would stick to the shovel. Hubby was not happy to hear me say that this morning. I complain that I have no time and energy, but yet I start huge projects I don’t need to. It’s the sunshine that makes me forget how tired I am. I love to be outside in the yard with the sun on my face and the birds chirping. Unfortunately I do not relax well. Sitting in one place for more than five minutes seems impossible for me. The only good argument I have heard so far to not rip up the lawn is my youngest desire to have a spot for his Slip N Slide. My desire to get rid of a water wasting lawn is being blocked by my youngest basset’s desire to have the most water wasting toy on the planet. Erg… I’m a sucker for my babies. 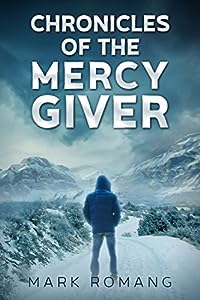 Chronicles of the Mercy Giver: A Race for Tomorrow Thriller (Book One)
by Mark Romang

From the author who shocked the world with his groundbreaking and bestselling Battle Series, comes Mark Romang’s most chilling thriller yet.

Investigative journalist Lauren Kramer, a rising star in the Cable TV news industry, has just been given the assignment of a lifetime. Find an angel and interview him, and do it within a four-week window.
Lauren’s target is a mysterious being who has rescued people from peril all over the world, only to disappear without a trace soon after performing the miracle. Armed with various newspaper accounts of the alleged angel’s exploits, an artist rendering of the angel’s face, and assisted by a kindly seminary professor specializing in angel studies, Lauren hits the road in an all-out effort to do the impossible and acquire the interview.

But Lauren soon discovers she isn’t the only one searching for the hero. A secretive group of people have spent large sums of money trying to capture him. And the more Lauren learns of these dangerous individuals and their plans to alter the planet, the more convinced she becomes she’s chasing the wrong story altogether.

An action thriller tour de force with an over-arching Christian theme, The Chronicles of the Mercy Giver crosses over into multiple genres, including mystery, suspense, fantasy, science-fiction, and dystopian. Don’t miss picking up your copy today. 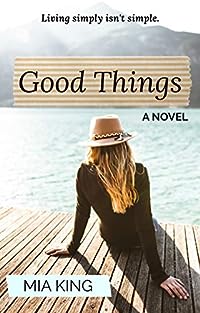 A charming bestseller about a lifestyle maven who learns that living simply isn’t simple.

Deidre McIntosh became famous teaching women to live simply, and simply live… ironic for a woman who thrives on the chaos of a television career, and shares a home with her best friend, the one man she can count on-who happens to be gay.

But when her Seattle cooking-and-lifestyle show gets bumped off the air, and her best guy moves in with his boyfriend, she’s left trying to figure out the next segment. Seizing on a chance encounter with an attractive stranger, Deidre accepts his offer to use his country home. She hopes to get away for a while and learn to practice what she preaches. To appreciate life without voice mail. To gain the courage to start again, and take the first slow, cautious steps toward a new kind of success-and maybe even love.

It seems like a simple task. But it may be the hardest thing she’s ever done… 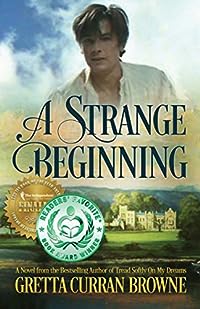 He was later to become known as “The most beautiful and most famous man in England” — but not yet…
As a boy he thought his name was George Gordon, but that wasn’t true. He thought he would grow up poor, but that also wasn’t true. Long before he rose from obscurity to poetic stardom and became Britain’s first superstar, he had learned that his true surname was Byron

Beginning when he is a boy of ten years old, we join George Gordon when he is living a miserable life with his manic Scottish mother in a few rented rooms above a shop in Aberdeen, unaware that his true heritage is with the English aristocracy – who soon come to claim him.

A life of wealth and privilege is then bestowed upon him, which eventually sets the stage for him to prove his own individual worth, in his own way, and in his own time.

Meticulously researched, and adapted into novel form, ‘A Strange Beginning’ is the first of a series of books about the most iconic young man of his time, whose fame still lives on today. 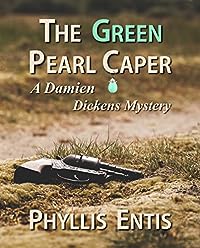 Desperate to scare up business for his failing detective agency, Damien Dickens places an ad in the local paper. “Dickens Detective Agency. We find what you’re looking for.”

He doesn’t expect to find Celine Sutherland in his office, a copy of the ad in her hand. Nor does he expect to find himself accused of her murder after her body is discovered half-hidden under the Atlantic City boardwalk.

Homicide chief James Holmes is convinced of Damien’s guilt, after finding his gun and wallet at the crime scene. Celine’s older sister, CEO of Sutherland Smokes, the family’s tobacco empire insists that Dickens pulled the trigger. And the Sutherlands carry a lot of influence in Atlantic City.

Even Millie, his secretary and the love of Damien’s life, deserts him – goes to work for the Sutherlands. Only Celine’s younger sister, Susan, believes in his innocence, putting up his bail to free him.

Who killed Celine, and why? Dickens is sure the motive will lead him to the murderer. Travel with Damien down the mean streets of Atlantic City and north to Stowe, Vermont as he tracks his client’s killer.

The Green Pearl Caper, set in the summer of 1979, is the first in the series of Damien Dickens mysteries. 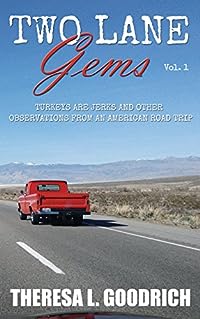 Two Lane Gems Vol. 1: Turkeys Are Jerks and Other Observations from an American Road Trip
by Theresa L Goodrich

Two Lane Gems, Vol. 1, is a road trip romp from the Chicago area to San Diego and back. Theresa Goodrich grabs her laptop, her camera, and her journal and makes (asks, she means, asks) her husband, Jim, to drive 6,479.5 miles through thirteen states so she can fulfill a childhood dream.

Starting at the most important archaeological site in North America, their journey takes them through sand dunes, forests, plains, and mountains. They stayed in haunted hotels, a rustic cabin, charming bed and breakfasts, and the oldest motel in Arizona.

They also:
met a World War II vet
learned how to grow a date
made a wish at the Center of the World
drank a beer in the lowest bar in the Western hemisphere
toured an abandoned mountain lion zoo
rode a vintage train with a singing engineer
ate schnecks
touched goblins
did not get blown up by unexploded ordnance
did not kill each other

Two Lane Gems, Vol. 1 is an uplifting, inspirational, and often humorous love letter to America. From cliff dwellings to buried cars to more hoodoos than you can shake a switchback at, this tale follows their round-about journey to find the country’s treasures.