I very thoughtfully planned my garden to be a peaceful place for birds, bugs, my fur babies, and humans alike. Now that it is well established and I can sit and watch everyone enjoy the garden, I realize it’s not quite that peaceful. There are full blown battles taking place, and it gets pretty violent. To start, this one fat bumble bee has claimed a plant right by the door. If anything tries to get near it, he attacks it like a vicious lion. I am almost afraid to go near it. Junebug tries to eat him, but he bops her on the head and bumbles off, which kind of freaks her out. I don’t see as many birds in the garden as I used to, and I figured out it is because of a particularly jerky humming bird. He will peck your eye out if you are in his territory. I see one pair of humming birds who keep trying to come in, but the jerky guys has been pretty successful in keeping them out. One pair of birds he has not been successful in scaring off is a bluejay and a gray bird that spend all of their time fighting between four connecting yards. Every day I see these two battling it out to the death. Except no one dies. They must clock off work at dark or something. Please don’t think I am complaining. It is quite fascinating to see all the dram taking place. I just never realized that gardens could be so intense. 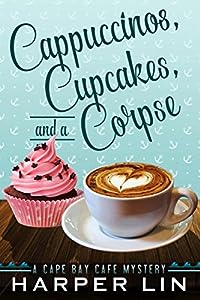 Francesca Amaro moves back to her hometown of Cape Bay, Massachusetts, and takes over the family business, Antonia’s Italian Café. She spends her days making delicious artisan cappuccinos, until she stumbles upon her neighbor’s dead body. When the police discover Mr. Cardosi was poisoned, Francesca becomes a suspect.

The victim’s son, Matty, happens to be Francesca’s old high school friend. Together, they uncover the secrets of the locals in order to find the killer in their idyllic beach town. 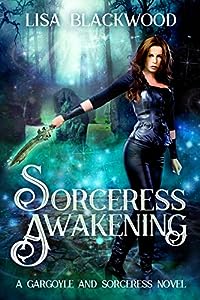 A sorceress and her gargoyle protector battle evil and their own forbidden love in this action-packed urban fantasy.

When Lillian finds herself facing off against demons out of mythology, help comes from an unlikely source — the stone gargoyle who has been sleeping in her garden for the last twelve years.

After the battle, Lillian learns the humans she thought were her family are actually a powerful coven of witches at war with the demonic Riven. Lillian is something more than human, a Sorceress and Avatar to the gods. The gargoyle has been her protector for many lifetimes, but when she was still a child, troubles in their homeland forced him to flee with her to the human world.

But something from her childhood has followed them to this world.

In a heartbeat, her ordinary life becomes far more complicated, and if her overprotective guardian is to be believed, there’s an evil demigoddess just waiting for the chance to enslave them both. 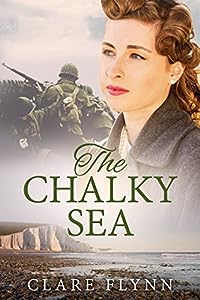 The Chalky Sea: An epic story of war’s impact on ordinary people (The Canadians Book 1)
by Clare Flynn

Two troubled people in a turbulent world.
In July 1940, Gwen Collingwood drops her husband at the railway station, knowing she may never see him again. Two days later her humdrum world is torn apart when the sleepy English seaside town where she lives is subjected to the first of many heavy bombing attacks.

In Ontario, Canada, Jim Armstrong is debating whether to volunteer. His decision becomes clear when he uncovers the secret his fiancée has been keeping from him. A few weeks later he is on a ship bound for England.

Gwen is forced to confront the truth she has concealed about her past and her own feelings. Jim battles with a bewildering and hostile world far removed from the cosy life of his Canadian farm. War brings horror and loss to each of them – can it also bring change and salvation? 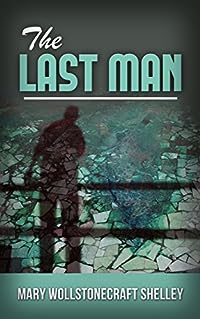 This highly imaginative work of Mary Shelley’s twenty-sixth year contains some of the author’s most powerful ideas ; but is marred in the commencement by some of her most stilted writing.

The account of the events recorded professes to be found in the cave of the Cumsean Sibyl, near Naples, where they had remained for centuries, outlasting the changes of nature and, when found, being still two hundred and fifty years in advance of the time foretold. The accounts are all written on the sibylline leaves; they are in all languages, ancient and modern; and those concerning this story are in English.

We find ourselves in England, in the midst of a Republic, the last king of England having abdicated at the quietly expressed wish of his subjects. This book, like all Mrs. Shelley’s, is full of biographical reminiscences; the introduction gives the date of her own visit to Naples with Shelley, in 1818; the places they visited are there indicated ; the poetry, romance, the pleasures and pains of her own existence, are worked into her subjects ; while her imagination carries her out of her own surroundings. We clearly recognise in the ideal character of the son of the abdicated king an imaginary portrait of Shelley as Mary would have him known, not as she knew him as a living person. To give an adequate idea of genius with all its charm, and yet with its human imperfections, was beyond Mary’s power. Adrian, the son of kings, the aristocratic republican, is the weakest part, and one cannot help being struck by Mary Shelley’s preference for the aristocrat over the plebeian. 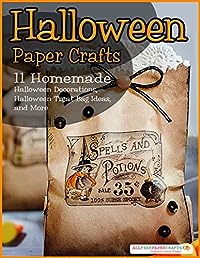 Halloween is such an awesome time of year. It is so much fun to dress up in scary or fun costumes and attend parties or trick or treat with your children! If you’re a crafter, you know that Halloween lends itself well to all sorts of creative possibilities. Whether you want to make your own Halloween costume or create Halloween decorations, you can certainly craft something spectacular for Halloween.