Gotta Catch Them All

I tell my baby bassets to make good life choices every day when I send them off to school. I am partly joking, but kinda mostly mean it. I found myself in a situation yesterday where I was seriously questioning my own life choices and thinking I may have just lost my mind. I am not sure how, but I hurt my foot and could barely walk on it. It was less painful if I walked on my toes, so I spent most of the day yesterday limping around like a pirate with a pegged leg. Silly looking as usual. Despite the pain I was in, I still found it completely necessary to play the Pokemon game on my phone. In order to hatch eggs, you actually have to walk around, and I had 7 eggs that needed to be hatched. Currently a special event is taking place in the game where it will cut the distance needed to hatch an egg in half. This is a very special event for people who hate walking. So what did I do? I limped for 5 miles around my neighborhood! FIVE MILES! I limped in pain for five miles to play a game with imaginary creatures. This morning I am feeling pretty rough, but I still have plans to do some walking. I still have a few eggs to hatch. Might get something really cool. I did not tell my baby bassets to make good life choices when I dropped them off at school today. It just didn’t feel right. 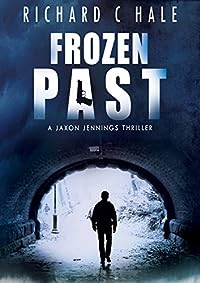 Eliana is his whole world and for someone so young, the burden is immense. You see, Eliana is being stalked. Stalked by a madman who wants nothing more than to see her dead.

And Luke can’t let that happen.

Eliana’s past is catching up with her and Luke must do anything to save her. 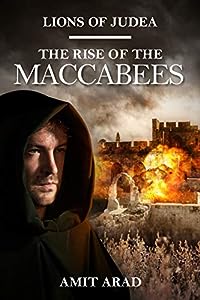 The Rise of the Maccabees: A Historical Novel (Lions of Judea Book 1)
by Amit Arad

Jerusalem, 180 BCE. For 800 years the Zadokite priesthood has led the Jewish People. But the world is changing. Without, Rome is rising, crushing the other powers of the ancient world beneath it. Within, a power struggle inside the House of Zadok is a golden opportunity for interlopers, who seek to unseat them from the throne. The delicate balance which has allowed the Jewish Nation to survive in this age of Empires is threatened.

On the background of these tumultuous times, Judah, scion of a minor priestly lineage, comes of age in Judea. While experiencing love, friendship, and conflict he slowly transforms into the warrior and leader his people are waiting for.

This is the incredible story of Matityahu the Priest, Judah Maccabee and his brothers, and the Hellenizer Eupolemus. Together, they embark on a struggle for the survival of the Jewish people against the powerful Seleucid Empire. 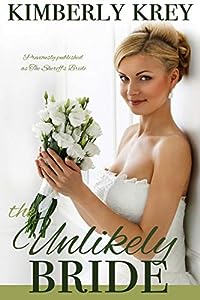 Trent Lockheart might be the new sheriff in town, but he can’t stop Jessie Jean from stealing his heart.

Sheriff Trent Lockheart knew he’d be in for a challenge when he moved from the big city and a large police force to the small Wyoming town of Cobble Creek. But at least he’d be able to stick to his bachelor ways without temptation. So he thought. Cobble Creek isn’t overflowing with young, single ladies, but Jessie Jean — the gorgeous woman who runs the Country Quilt
Inn — proves more tempting than any he’s known.

Jessie doesn’t care much for the new sheriff in town. After an explosive first meeting that almost ends in Jessie’s arrest, she’s even more determined to plan on dinner for one for the rest of her life. Sure, the new sheriff is seriously attractive, and after a second, much less dangerous run-in, he might not be that bad, but Jessie has no plan to marry, date, or even let a man into her life. Still, as the days pass, Trent’s surprising charm works past Jessie’s determination, and she finds promise in their budding relationship.

After opening up about the difficulties in her past, Jessie finds that Trent is guarding a dark tragedy of his own, one that might threaten their chance at a future together. 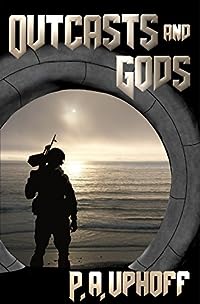 *First book* of the Wine of the Gods

Wolfgang was a nice kid–until they decided he wasn’t even human.

Genetic engineering.
First they cured the genetic diseases.
Then they selected for the best natural traits.
Then they made completely artificial genes.
As the test children reached puberty, abilities that had always been lost in the random background noise were suddenly obvious. Telepathy, telekinesis.
At first their creators sought to strengthen these traits. Then they began to fear them.
They called them gods, and made them slaves.

Wolfgang Oldham was sixteen when the company laid claim to him.
He escaped, and stayed free for three years.
When he was arrested, identified and returned to the company, they trained him to be useful.
They didn’t realize that they were training him to be dangerous 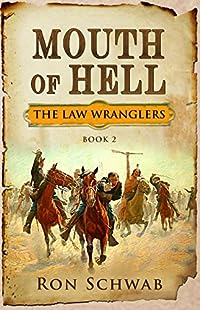 Mouth of Hell (The Law Wranglers Book 2)
by Ron Schwab

As tensions continue to escalate between the U. S. Army and the Comanche, members of the Rivers family find themselves involved on multiple fronts of the “Red River War.” Josh Rivers discovers his efforts to covertly negotiate on behalf of his newest client have been exposed, and now he finds himself looking over his shoulder, even in the relative safety of Santa Fe. Meanwhile, his journalist sister, Tabitha, is embedded with Colonel Ranald “Bad Hand” Mackenzie’s forces on the eve of battle. What begins as a ploy to sell more newspapers, quickly spirals into a series of life-changing events as the opposing sides converge in the Texas Panhandle.

In Mouth of Hell, the second book of The Law Wranglers series, the unexpected paths that each take lead to a long sought after answer for the Rivers family.