So here is a fun fact that I learned from the internet (so it must be true), “Some free-range turkey farms use alpacas to guard their flocks against foxes since alpacas are extremely territorial and will accept the turkey as a part of their herd, defending them by chasing off predators. Sooo… who do I have to ask to set a few alpacas free in our downtown to protect our sweet flock of turkey? I would be the happiest girl in the world if there were free range alpacas roaming the streets of downtown with a flock of turkey. 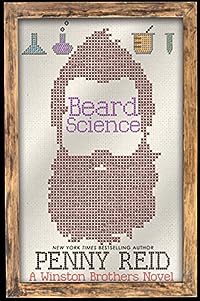 Make a deal with the devil and you might get what you want, but will it be what you need?
Goodreads Choice Award Finalist for Best Romance
Amazon Top 10 Romances of 2016
AAR Top 10 Romances of All Time
From the NEW YORK TIMES, WALL STREET JOURNAL, & USA TODAY bestselling series

Jennifer Sylvester wants one thing, and that one thing is NOT to be Tennessee’s reigning Banana Cake Queen. Ever the perpetual good girl and obedient daughter, Jennifer is buckling under the weight of her social media celebrity, her mother’s ambitions, and her father’s puritanical mandates. Jennifer is officially desperate.

Cletus Winston is a puzzle wrapped in a mystery covered in conundrum sauce, and now he’s in a pickle. Despite being convinced of his own omniscience, extortion by the exalted Banana Cake Queen of Green Valley has taken him completely by surprise. So… what’s a maniacal mastermind to do?

Likely, the last thing you expect.

Beard Science is book #3 in the Winston Brothers series. Each book is a standalone, full length (110k words), contemporary romantic comedy novel, and follows the romantic exploits and adventures of one of the six Winston Brothers. 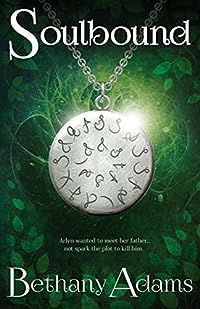 Soulbound (The Return of the Elves Book 1)
by Bethany Adams

Arlyn’s quest is simple: Find her father and let him know her mother is dead. After all, Arlyn had promised her mother she’d go. The problem? Her father’s people are myths and legends, and he doesn’t even live on Earth. But despite a long journey through the mysterious mists of the Veil, finding him turns out to be the easy part.

After five hundred years, Kai has given up on finding his soulbonded. So when he stumbles across Arlyn after returning from his latest mission and recognizes her as his mate, Kai starts their bond in haste. But he never could have imagined that his bonded is his best friend’s newfound daughter. Whoops.

A hidden conspiracy sparked to life

Though the sight of Kai makes Arlyn’s heart pound, she isn’t sure she can forgive him for starting their bond without her permission. But her love life is the least of her problems. Her father is an elf lord, and his sudden acknowledgment of a half-human heir reignites the same conspiracy that took him away from her mother in the first place. Now Arlyn and her family must face iron wielding assassins, bigotry, and her newly awakened magical abilities if they hope to come through in one piece.

Arlyn thought she would return to Earth after meeting her father. Now she must fight to save the family she never knew she wanted. 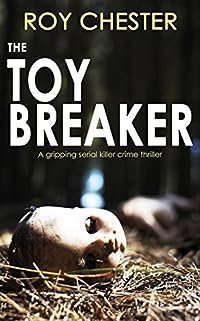 A GRIPPING CRIME THRILLER WITH A STUNNING ENDING

Someone is snatching small children from their beds in the middle of the night. They leave a sinister calling card behind: a broken handmade puppet on the child’s pillow. The press nickname the kidnapper the Toybreaker. In a desperate move, Superintendent David Mallory calls in criminal profiler Dr Hannah Nightingale to help with an investigation that is going nowhere.

More children disappear and the city of Garton is on the edge of panic. A very dark mind is at work, but why does the Toybreaker suddenly change his method, adding a lock of hair to the crime scene. When a prime suspect escapes, the police appear to have reached another dead end. Will the Toybreaker be stopped before more families are destroyed?

This is a fast-paced thriller that will have you turning the pages till the action-packed ending.

THE DETECTIVES: David Mallory is an old-school policeman who has made some powerful enemies within his own department. DCI Gary Falcon is an ambitious young man on the rise, but his father’s legal work for the city’s criminals does not play well with his fellow officers.

THE PROFILER: Dr Hannah Nightingale is an up-and-coming forensic psychiatrist who is employed as a consultant profiler by the Toybreaker team. The Nightingale family are prominent in the Garton social scene and Hannah has to fight hard to be accepted by a sceptical police force.

THE SETTING: Garton is a fictional port city in the north of England. It’s faced years of industrial decline, but a strong community spirit and sense of humour give hope for revival. But there are still pockets of rundown inner-city criminality.

THE TOYBREAKER is the first in a new series of crime thrillers. Great for fans of Sarah Flint, Paul Finch. Kathy Reichs, Angela Marsons, and Patricia Cornwell. 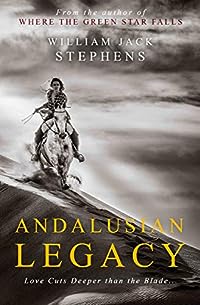 Love Cuts Deeper Than The Blade…
An abandoned boy is rescued from the streets by a mysterious Spaniard; and as the years pass, it becomes clear that he is trapped in a life of crime. But all he knows about life, and about the world, is what he has been taught by his lord.

He is young and handsome, fierce and loyal; and completely naive about the wonders of life and nature that lie just beyond the bounds of his small, encaged world. — Then he meets Gisele.

Andalusian Legacy is at once a tale of forbidden love, betrayal and revenge, and a desperate escape to seek one’s own unique destiny. It reminds us of the incredible beauty of the world around us, of the healing power of love, and of how uncertain our lives really are. 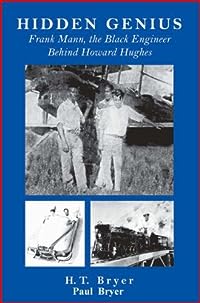 Frank Mann had the deck stacked against him from the very start. A Black child born to an unwed mother in 1908 Texas didn’t have much hope of becoming a success in life. But in 1919, on a dusty Houston airfield, young Frank met a kindred soul — a boy named Howard Hughes. It was the start of a lifelong friendship, and together, these two men would help revolutionize the world with their unique inventions and designs. However, because Frank was Black, he did not always receive the credit he deserved and few people today have heard of his many accomplishments.
Hidden Genius tells the little-known story of a talented aeronautical and aerospace engineer, award-winning sports car designer, soldier of fortune, WWII officer, and primary civilian instructor for the famed Tuskegee Airmen.