I found three really good ones for you all today. Enjoy! 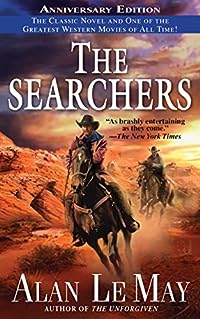 The Searchers
by Alan Le May

The “epic” novel of violence and vengeance in the American West — and the basis for John Ford’s classic film starring John Wayne (Kirkus Reviews).

Film director John Ford’s The Searchers defined the spirit of America, influenced a generation of filmmakers, and was named the Greatest Western Movie of All Time by the American Film Institute. Now, experience the original story — a timeless work of vivid, raw western fiction and a no-holds-barred portrait of the American frontier.

From the moment they left their homestead unguarded on that scorching Texas day, Martin Pauley and Amos Edwards became searchers. First, they had to return to the decimated ranch, bury the bodies of their family, and confront the evil cunning of the Comanche who had slaughtered them. Then the pair set out in pursuit of missing Debbie Edwards.

In the years that followed, Pauley and Edwards would endure storms of nature and of men, both of them seeking more than a missing girl — and more than revenge. Driven by secrets, guilt, love, and rage, and defying the dangers all around them, the two men would become a frontier legend, searching for the one moment… the one last battle… that will finally set them free.

In this “drama of stubborn courage… to which the prose lends a matching stature,” Alan LeMay crafted one of the most enduring western tales ever — and inspired a work of cinematic genius that still stands to this day (Kirkus Reviews). 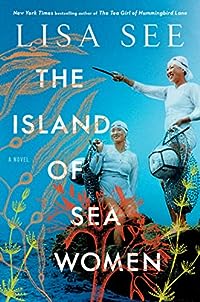 The Island of Sea Women: A Novel
by Lisa See

A new novel from Lisa See, the New York Times bestselling author of The Tea Girl of Hummingbird Lane, about female friendship and family secrets on a small Korean island.

Mi-ja and Young-sook, two girls living on the Korean island of Jeju, are best friends that come from very different backgrounds. When they are old enough, they begin working in the sea with their village’s all-female diving collective, led by Young-sook’s mother. As the girls take up their positions as baby divers, they know they are beginning a life of excitement and responsibility but also danger.

Despite their love for each other, Mi-ja and Young-sook’s differences are impossible to ignore. The Island of Sea Women is an epoch set over many decades, beginning during a period of Japanese colonialism in the 1930s and 1940s, followed by World War II, the Korean War and its aftermath, through the era of cell phones and wet suits for the women divers. Throughout this time, the residents of Jeju find themselves caught between warring empires. Mi-ja is the daughter of a Japanese collaborator, and she will forever be marked by this association. Young-sook was born into a long line of haenyeo and will inherit her mother’s position leading the divers in their village. Little do the two friends know that after surviving hundreds of dives and developing the closest of bonds, forces outside their control will push their friendship to the breaking point.

This beautiful, thoughtful novel illuminates a world turned upside down, one where the women are in charge, engaging in dangerous physical work, and the men take care of the children. A classic Lisa See story — one of women’s friendships and the larger forces that shape them — The Island of Sea Women introduces readers to the fierce and unforgettable female divers of Jeju Island and the dramatic history that shaped their lives. 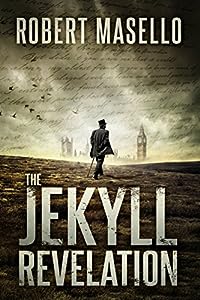 The Jekyll Revelation
by Robert Masello

A spellbinding thriller from the bestselling author of The Einstein Prophecy.

A chilling curse is transported from 1880s London to present-day California, awakening a long-dormant fiend.

While on routine patrol in the tinder-dry Topanga Canyon, environmental scientist Rafael Salazar expects to find animal poachers, not a dilapidated antique steamer trunk. Inside the peculiar case, he discovers a journal, written by the renowned Robert Louis Stevenson, which divulges ominous particulars about his creation of The Strange Case of Dr. Jekyll and Mr. Hyde. It also promises to reveal a terrible secret — the identity of Jack the Ripper.

Unfortunately, the journal — whose macabre tale unfolds in an alternating narrative with Rafe’s — isn’t the only relic in the trunk, and Rafe isn’t the only one to purloin a souvenir. A mysterious flask containing the last drops of the grisly potion that inspired Jekyll and Hyde and spawned London’s most infamous killer has gone missing. And it has definitely fallen into the wrong hands.