Well good afternoon everyone. I hope you are enjoying your day. Where I am it has gotten rather hot and I must admit though I love the sunshine I am not a fan of the heat. I am that person that loves her big sweatshirts so if I am a little cold that’s when I am a happy camper. As a result of this heat I will most likely be spending the rest of the day in my room lying on the floor as for some reason my room is the coldest in the house but in a house with no AC I can’t complain. Hope everyone enjoys their day… the Apprentice 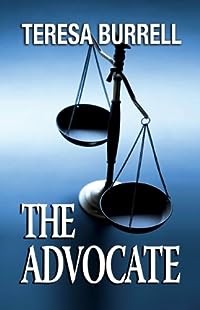 The Advocate
by Teresa Burrell

For Sabre Orin Brown, life is good; she has it all… or would have, if only she could solve the mysterious disappearance of her brother. The search for her brother and her career as a Juvenile Court Attorney collide when she defends a nine-year-old whose father will go to any length to obtain custody.
Sabre finds herself immersed in a case with too many unanswered questions. Her quest for the truth takes her coast to coast and five years into the past. Confronted with mysterious clues and strange occurrences, Sabre is threatened by someone wanting to make her suffer the unbearable anguish of losing everything–including her life.
As Sabre’s passion to find the answers intensifies, she discovers a twisted history of desperation, deceit, and revenge. And she discovers how obscure and treacherous the truth can be. 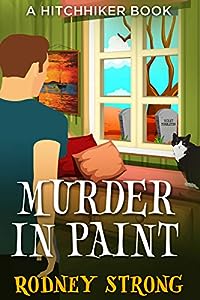 Oliver Atkinson, married father of two and would be writer, has a woman on his mind. Literally. Violet Tumbleton died in 1948, but now she’s taken up residence in Oliver’s head. Someone is using her name and Violet wants it back.
Reluctantly Oliver agrees to help, and is soon entangled in a plot involving a stolen painting, and murder. He’s way out of his depth as he teams up with Amanda, the con artist that started it all, to investigate while staying one step ahead of the resolute police detective.
One thing’s for sure, he’s going to need all his wits to avoid ending up a spirit like Violet. 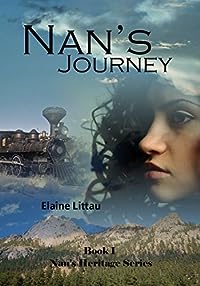 Elaine Littau is the best selling author of ten published books and many magazine and newspaper articles. 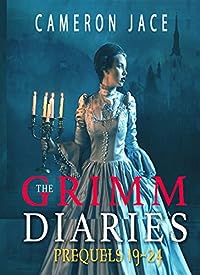 The fifth installment in The Grimm Prequels 19-24

Friday the Thirteenth (Grimm Prequel #19) as told by Wendy Darling
Wendy tracks down the reason why people fear Friday the 13th, and comes up with a terrifying conclusion.

Lady Bluebeard (Grimm Prequel #21) as told by Angel Von Sorrow
It’s the 19th century, and Angel is hiding in London, sucking people’s blood and trying to forget the Kingdom of Sorrow ever existed. But when author Jane Eyre (yes, that Jane Eyre) pays him a visit and asks him for advice about her her new book, they’re forced to remember the tragedy of Lady of Bluebeard, who Bluebeard really was, and how some of the fairy tales had never been fiction in the first place.

Thirteen Years of Snow (Grimm Prequel #22) as told by Sandman Grimm
Based on a dark fairy tale by Hans Christian Andersen that no one wants to talk about, a woman is left with her children on a snowbound island while her husband sails away with his own secrets. All until the moment she has to choose between him and her children.

Sun, Moon & Sorrow (Grimm Prequel #23) as told by Lady Shallot
Lady Shallot never had an ordinary childhood, nor did she live on an ordinary island, and she will always remember her encounter with the dark man who taught her how to become a god that weaved worlds.

Spindle Spindle Little Star (Grimm Prequel #24) as told by Grandmother Madly
Jack’s grandmother tells of how he discovered he was ‘awesome’ — and of a terrible childhood secret, one that changed him, and the Kingdom of Sorrow, forever. 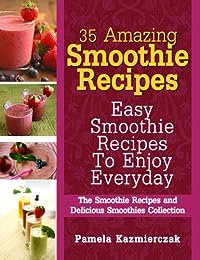 Welcome to the first volume of the The Smoothie Recipes and The Delicious Smoothies Collection!!

This cookbook has many recipes for all different smoothies, especially delicious fruit smoothies. If you are looking for some delicious frozen drinks to make at home, this is the cookbook for you!