Before hubby went to work today (right now he works from home) we went to a rock yard to get the smaller rocks for the inside of the dry riverbed. I love shopping for rocks, but I am really hoping this is the last thing I have to do with rocks for a long time. I am pretty sure my body quit a while ago, but no one bothered to tell my brain. It just keeps making the arms and legs work. I personally have no interest in getting in between an argument between my brain and body. I never win in those. I feel like I am just a pair of eyeballs riding around in the head of this creature watching everything. It’s an interesting show and I am looking forward to seeing how this episode titled, I Can Do The Whole Front Yard Myself On A Small Budget” ends. My bet is it ends with a 3 day nap.

A New Mystery Brought Georgie And Jack Together. Will An Old One Drive Them Apart?

In midlife, Georgie Shaw and Detective Jack Wheeler have a second chance at love, despite the fact they met during a murder investigation. A murder at Catmmando Mountain wasn’t Georgie’s first brush with murder and mayhem. Decades earlier, Georgie was nearly killed in an attack on the beach that left one man dead and two others missing including her fiancé, Danny Farrell.

Haunted By A Song From The Past

When Georgie returns to Corsario Cove, more than memories haunt her as a song Danny wrote just for her echoes in the air: Love Notes in the Key of Sea. Who else, other than she and Danny could know that song? Is it possible Danny’s still alive? Or is the person who assaulted her on the beach after her again? 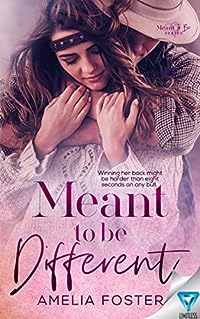 As a teen, I had my life figured out: graduate and make my dream of being a bull riding champion a reality. That is right up until the goth girl transferred to my school. Georgia laid the snark on as thick as her eyeliner, but I saw through the toughened façade and fell for her. Hard.

She was willing to give up her own dream to follow me as I pursued my passion, but I couldn’t let her do that. So, I made the hardest decision of my life… and walked away.

It’s been twelve years since I left home without her and the all-grown-up Georgia is just as feisty and fiery as she was back then. It’s clear she has no intention of making redemption easy for me. Thankfully, I’m a patient man who knows what he wants. I’ve never stopped loving her, and I know she feels the same.

Back then I was a rhinestone cowboy, and she was a dark angel, complete opposites, yet we fell in love anyway. We weren’t meant to be like every other cookie cutter couple, we were meant to be different.

A trio of outcasts are thrown together with a mission.

The prisoner. Mona Lisa O’Neil has a problem. She’s in prison for crimes committed against the people with her gangster boyfriend. When she turned evidence against him, he tried to have her killed. Twice.

Now he’s threatening to blow up the Dipole Shield and kill fifty million people on Mars unless they turn her over to him.

The government won’t deal with terrorists, but it’s one life versus all colonists on the Red Planet.

They compromise. She has forty eight earth hours to reach the gangster and stop him, or she gets traded.

The guard. He’s got a name everyone knows but no one knows about. The crime syndicate that runs the space stations between earth and Mars respect him. But his only job is to keep Mona Lisa safe and make sure Mars is saved. He’s really good at chewing bubble gum and kicking butt… and guess who’s all outta bubble gum?

The pilot. Half drunk and full on mental. He’ll do any trip for money. A smuggler’s heart masked behind a lecherous smile, the only thing he loves more than his ship is his dead cat.

They have to trust each other if they want to survive, and learn to work together to navigate the criminal underworld that controls the corridors in outer space that keep colonists alive on Mars.

It’s only fifty million lives relying on them. No big deal. 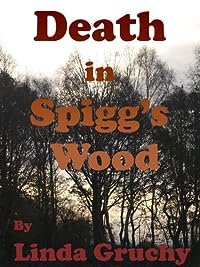 The police are called to a sadistic attack in Spigg’s Wood in the quiet Essex countryside. Meg Rusher, mother of three, and erstwhile kickboxing champion, has shot and wounded one man and seriously injured another. In self-defence, she claims. The men and the evidence at the scene contradict this. DI Hal Hedley and his team investigate, but their discoveries lead to injustice and death.

First in the Elversford Mysteries set in Essex.

Tales of the Far Wanderers
by David Welch

To Gunnar of the Tarn life is wandering. A half-breed with no home to return to, he has escaped the endless wars of his father’s people to drift through the vastness of a land once known as North America. Slow to trust and swift with a sword, he had resigned himself to a lonely, itinerant life. That all changes the day he meets Kamith of the Red Horse. The last of her kind, Kamith barely escapes being sacrificed and joins Gunnar in his wanderings. Together, they will try to build some sort of life in a wild and brutal world. Mad priests, crazy fertility rituals, roving slavers, land-hungry kingdoms, desperate sieges, sprawling civil wars, and deranged warriors are only a few of the challenges they’ll face. Their only reward? To survive and live another day by each other’s side.

Inspired by the sword-slinging pulp heroes of old, this story cycle tells the tales of two vagabonds spurned by the world, and forced to fight off it’s madness at every step. But they’re nothing if not tough, and find in each other much to fight for, and to live for…