Just a thought, but since everyone loves Thanksgiving leftovers, why don’t we make everything the day before? I am including the turkey as well! The day after Thanksgiving the food always tastes extra yummy once it has had a full day to soak in it’s juices. If we do it that way we could then spend more time with family and friends. It’s because of the smell huh? I love the smell of turkey cooking in the oven on Thanksgiving. OH! I bet they have a candle for that!

The Belial Stone: An Archaeological Thriller (The Belial Series Book 1)
by R.D. Brady

An innocent discovery on a Montana ranch two years ago sets off a series of events that may very well change the world… if it doesn’t end it first.

Professor Delaney McPhearson’s life is turned upside down when her best friend, archaeologist Drew Masters, is found dead. Before she can deal with the heartbreaking loss, she is viciously attacked in her home by a man with inhuman fighting abilities.

Former Navy SEAL and head of security for a global think tank, Jake Rogan drops everything when he hears his foster brother, Tom Jeffries, has gone missing. There seem to be no clues, no information about his whereabouts. He has just vanished. But Jake won’t rest until he finds him.

Laney and Jake join forces when they learn that the fates of their loved ones are intertwined. And somehow all the danger that dogs their steps, revolves around an eccentric archaeologist’s controversial work on Gobekli Tepe, and the search for an ancient source of power.

Their personal quest soon becomes a race to protect humanity’s very existence. But how can they defeat a foe who has been planning his moves for millennia?

To save mankind, Laney and Jake know they must succeed. But to succeed, they must live long enough to fight.

If you like James Rollins, Clive Cussler, Dan Brown, Douglas Preston and Lincoln Child, then you will be sucked right into this non-stop action thriller. And if you love thrillers that mix ancient history, explosive action scenes, and nail biting suspense, then the Belial series is for you! 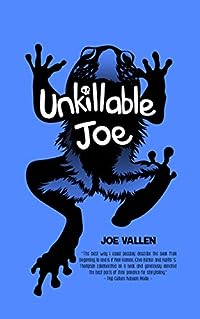 Joe Vallen channels classic literary rule-breakers Tom Robbins, Chuck Palahniuk and Hunter S. Thompson in this rock-and-roll show of a book. This (very) adult version of The Neverending Story will have you tearing through the pages in this fast paced, action-packed dark comedy.

Joe isn’t a great writer. One peek into this book will tell you that. But who needs to be a perfect writer when you have the ability to launch (or destroy) worlds with the stroke of a pen? When one of his over-powered and over-drawn comic characters come to life to confront him, he realizes the dangers of toying with fantasy. Joe and the bombshell warrior-sorceress he created, Killtits, accidentally bring about forces this version of Earth just isn’t quite ready for–forces like a necromancing frog, an omniscient god, and a dark (eerily typecast) wizard–all fighting for the same power. THE Power. With a burp it moves from person to person, and right now, Joe has it. Did he write it to be that way? Possibly. But can he write his way out of it in time?

Unkillable Joe is the first offering from writer and comic creator Joe Vallen. It speaks to themes of self-discovery, growth, and acceptance, as well as holding a deep anti-suicide message in the ending. Already it has helped inspire writers and creators in Vallen’s circle, and he hopes to continue that legacy with all of his future novels. 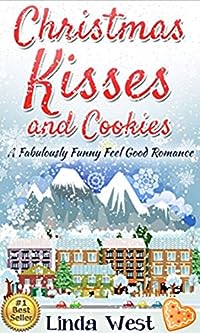 A sweet romance in a snow-town setting.

Funny and full of Christmas spirit. Grab a cocoa and a blanket and get ready to feel the warmth of the season in this delightful romp through a snow town and one woman’s efforts to grab a second chance at true love.

Summer Landers is a supermodel who seemingly has it all. She travels the world, makes tons of money and has a movie star boyfriend.
But her true dream of a true family of her own is light-years away, back in Kissing Bridge where she left all her hopes and dreams, along with the love of her life.
When disaster hits on the mountain, Summer is forced to return home to Vermont and help her mother reclaim her rightful honor as the blue ribbon winning Cookie Queen of the Silver Bell’s fair.
There is mayhem afoot, and magic too, but miracles can happen at Christmas, and they most often do – just so long as Summer can dodge her family curse. 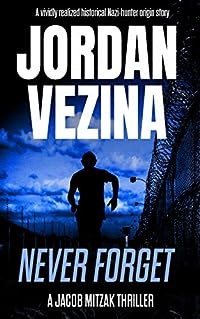 Before Jacob Mitzak was the legendary Nazi hunter known as The Hammer Of Israel, he was just a scared boy living in a nightmare.

His mentors would go on to become spymasters and politicians, but first they must all survive the ambitions of a mad Austrian.

Staying alive from one day to the next in the prison camp is challenging enough, but now one of their own has begun murdering guards in the night.

The killer leaves the dead wrapped in the wire of the fences with their eyes torn out. This would be a cause for celebration, were it not for the reprisals of Commandant Hoss, who has not taken kindly to his guards being executed.

One prisoner knows the identity of the killer, but with one catch. This witness loses his memory every five minutes.

Never Forget is the prequel to The Hammer Of Israel and the beginning of the Jericho Black Universe. A vividly realized historical thriller, this book mixes rigorously researched history with a spine chilling mix of horror and edge of your seat action. 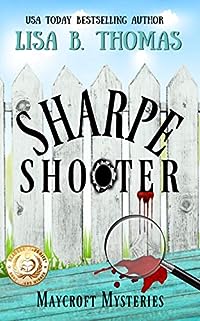 We all have a skeleton in the closet. Hers is real.
Burned out after thirty years of teaching high school, Deena Sharpe up and quits. She sets her sights on a reporting job at the local newspaper, but something unexpected blindsides her — she is asked to solve a family mystery 50 years in the making.

It all starts when a rookie sheriff’s deputy uncovers a forgotten skeleton in their evidence closet and soon makes an identification. The victim’s cause of death? Murder. That’s when Deena’s ailing grandmother turns to her for help. Gran doesn’t want to go to her grave not knowing the truth about her son’s disappearance so long ago.

But when a mysterious, big-city stranger shows up asking questions about the victim, Deena realizes their personal family tragedy could have vast implications that go way beyond the borders of their small Texas town.

With her grandmother worrying herself to death and a conspiracy nut threatening to destroy their family name, Deena must use her nose for news and channel her inner sleuth to sift through the clues and suspects before it’s too late… and she becomes the next victim to make headlines.

Sharpe Shooter is Book 1 in the Maycroft Mysteries by USA Today Bestselling author Lisa B. Thomas. If you like a savvy amateur sleuth with wit and perseverance, check out this puzzling whodunit today!