I have to drop something off at my moms house today and I am all excited I get to go somewhere other than the grocery store. I would be sad that this now makes me all giddy, but I am too giddy to care. 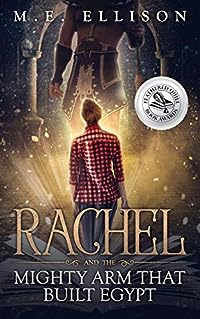 Rachel and the Mighty Arm that Built Egypt
by M.E. Ellison

Ghosts, Egyptian gods, and Aliens. What do these things have in common? They’re all things Egyptologist Dr. Rachel Conner assumed were myth until she came face to face with them. Rachel thought the most exciting part of her week would be speaking at the Ancient Civilizations symposium. Little did she know an adventure like she’d never imagined was about to begin. Rachel and her friends find themselves transported to a foreign place surrounded by beings twice their size, but bearing familiar names. Will they get home safely?

Her Christmas Cowboy
by Katherine Garbera

There’s no place like Marietta, Montana for the holidays, and retired Marine Lane Scott has finally, reluctantly, returned home… … only to run into a sweet and sexy woman from his past, Felicity Danvers, who is running away from her Christmas loving momma.

Lane can’t resist playing the hero and sweeping Felicity out of town. He vows he’ll do everything he can to make this holiday special for her. And as Christmas approaches, they discover that their love can conquer and overcome any obstacle — but can they both trust that it’s not just Christmas magic bringing them together? 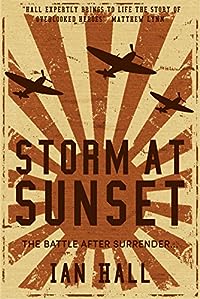 Storm at Sunset
by Ian Hall

The end is only the beginning…

Aircraftman Arthur Brownlow and his wife Joy are among the cheering thousands in London celebrating VE Day in May 1945.

But the young couple have heard the chastening words of Winston Churchill:

“We may allow ourselves a brief period of rejoicing; but let us not forget for a moment the toil and efforts that lie ahead. Japan, with all her treachery and greed, remains unsubdued. We must now devote all our strength and resources to the completion of our task, both at home and abroad.”

Arthur knows that he is not, like many of his fellow conscripted airmen, about to be demobbed. He is to be sent to the Far East as a member of 31 Squadron RAF, which is equipped with a fleet of battered Dakotas ferrying supplies into remote jungle bases and bringing out a wretched human cargo from Japanese internment camps.

Even after the Japanese surrender, it’s grim work for Brownlow and fellow crew members.

They keep a stiff upper lip, but harmony is threatened with the arrival of a subversive Glaswegian docker Jock Patterson and his mutinous message.

However, life is not without its lighter moments – and wireless operator Freddie falls in love with Nelli who, following her release from internment, is working with the RAF. Her Dutch origins hint at the country’s history under colonial rule.

Resentment at centuries of colonisation, first by the West then by the Japanese, is coming to the surface, and the RAF men are soon to feel the backlash in the most horrific way possible.

Freddie is dropped off by ‘U for Uncle’ at a base near where Nelli’s father has been detained, but the Dak fails to return to pick him up.

What shocking news is about to emerge from Bekasi, where ‘Uncle’ forced landed? Can Wing Commander Brian Macnamara deal with the poisonous Patterson and get the squadron’s mission completed?

How do men react when they discover a loved one at home has betrayed them? Will the conscripted men of 31 Squadron ever be able to cope in Civvy Street again?

Ian Hall’s impressive Storm at Sunset portrays the RAF’s little-appreciated work in the aftermath of the Second World War – its all-too human face and the political and military backlash that affected even their essentially humanitarian mission. 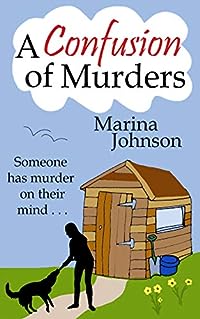 A Confusion of Murders: A funny, heart-warming and poignant, murder mystery.
by Marina Johnson

Louise’s life wasn’t perfect but it was, at least, normal. Her brother’s obsessed with his looks, she has a dog that thinks he’s human and although her life is happy it’s also extremely dull . So far, so normal, until that is, her father starts talking nonsense and she makes a shocking discovery about herself.
Just when she thinks that life couldn’t get any weirder, strange events start occurring in Frogham – a person goes missing and there’s a bizarre case of dog-napping. And then, when she’s least expecting it, Louise finds romance in the unlikeliest place… 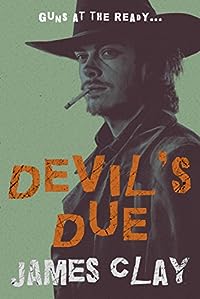 Devil’s Due
by James Clay

Guns at the ready…
Devil’s Due is a lawless town populated by outlaws and ruled by the savage Beau Rawlins.

The town provides a refuge for a band of vicious killers who are murdering nesters in nearby Capstone, Texas. The villainous Rawlins is using one of Capstone’s respected citizens in his plan to frame a wealthy rancher for the killings and instigate a land war.

Range Detective Rance Dehner must uncover the identities of those responsible for the deadly assaults before an armed conflict between ranchers and nesters leads to a river of innocent blood being shed. But is it too late for that?