Chances Are Low, But Maybe!

I have never thought of myself as particularly good at hiding things from my hubby, so hiding things from myself seems completely out of the question. You would think. Yesterday I found yet another packet of seeds in my car. That brings me to six packets I have found in different pockets of my car in the last month. I remember buying them, but only after I find them. Why are they in different spots of my car? The only thing I can think of is I must have left my baby bassets alone in the car and they moved stuff around. That would be the most sane answer. Today I am going to clean out the car and see if I can find a million dollars. Probably won’t, but maybe? 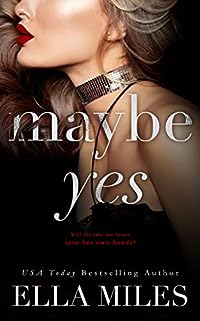 Her future is already set, all she has to do is marry a complete stranger.

Kinsley Felton has everything. Money, a loving family, and a modeling career. She graduates from Yale in just days, but unlike a typical college student she doesn’t have to spend hours looking for a job when she graduates. Kinsley will inherit the multi-billion dollar gaming and hospitality company her great-grandfather started. The only problem is she has to do everything her family asks for in order to get that money. That includes marrying a man of her family’s choosing. That’s not a problem since Kinsley has been following her family’s orders all her life. Until a phone call from her grandfather changes everything.

Will she marry the man her family chooses or will she decide her own future?

This book ends on a cliffhanger. 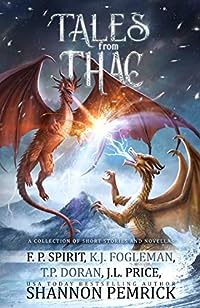 Tales from Thac: A Collection of Short Stories and Novellas
by Multiple Authors

Dragons, pirates, magic and deceit. Thac is no place for the faint of heart…

Grand Choosing: Kortiama longs to prove herself at the Day of Choosing. Yet that day will hold more for her than she ever bargained for, if she manages to survive.
Price of Honor: Seishin never expected to fall in love, nor that his love would hold a dark secret. The Pirate Coast is a dangerous place, one which might hold the key to his future, if it doesn’t kill him first.
Art of the Steal: Where did the enigmatic Donatello come from? Where did he learn to be a thief, artist, and swordsman? Who is the mysterious woman who broke his heart?
Fortune Tellers: Fran was not always blind, nor was she always a druid. It all came down to a fateful day and a run in with a certain blonde-haired, violet-eyed fortune teller.
Battle of Fish Eye Cove: Outnumbered two to one, Ves and Ruka engage in a desperate battle with a flight of evil dragons. Can the two dragon girls escape their deadly fate? 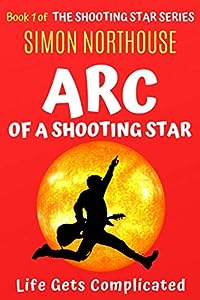 I was happy — or so I thought… until the day I nearly died. When you rub shoulders with death, it brings a certain clarity of mind. That was the day when everything changed…
Wealthy, independent, alone, my name carved forever into the history books — my legacy complete. What more could an ex-rock star wish for? A lot… apparently.

Just a simple walk in the Yorkshire Dales with my dog. Who would have thought such an innocent pleasure would turn my world upside down and inside out?

I reunited with my friends.

I reformed the band.

We embarked on the “Resurrection” tour of the British Isles.

I fell in love along the way.

Take a missing master tape, a scheming ex-manager, a multinational corporation, a group of dysfunctional idiots, and a pot of gold, bake slowly and what do you get? A world of pain!

So, back to the day it all changed.

Do I regret what I did? You bet I do!

If given the choice, would I do the same again? Hmm… tricky question. I’ll get back to you on that one. 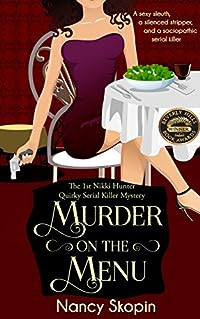 Private Investigator Nicoli “Nikki” Hunter has lost enthusiasm for the bar and restaurant surveys that pay the bills but no longer challenge her. When the brutal murder of socialite, (and stripper), Laura Howard lands on her desk, she finally encounters a case worthy of her talent.

Murder on the Menu is the first in a series of mysteries featuring Nikki Hunter. The only child of a Cossack and a former nun, Hunter is a smart, tenacious thirty-five-year-old, who lives aboard a sailboat in the San Francisco Bay Area and works out of a ground floor office in the marina complex where she lives.

When the Howard murder goes unsolved, the victim’s mother contacts Nikki, who agrees to a preliminary investigation, and discovers that Laura was about to inherit several million dollars. The list of suspects grows as Nikki delves into Laura’s past. Nikki befriends Homicide Detective Bill Anderson, and he confides to her that three recent murders, including Laura’s, have peculiar similarities.

Nikki enlists the aid of her best friend and fellow boat-dweller, Elizabeth Gaultier, and while the two are conducting interviews they discover they’re being tailed by another PI. When the interviewees start turning up dead, Nikki tells Detective Anderson everything she’s uncovered, but it’s too late. Nikki has already become the killer’s next target. 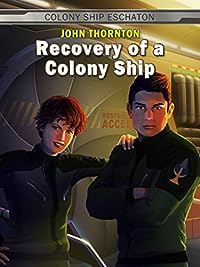 Michael and Jamie live in Dome 17. The last place safe for humans, or any life, on a dying earth. They are adventurers who have explored other domes, but everywhere else is dead. Will Dome 17 meet the same fate?

The committee has a risky plan to try out unproven technologies: a faster than light scout ship, and teleportation. Both technologies have severe limits. Only two people can be carried aboard those FTL scout ships for a one way journey, Teleportation can only work when a receiving pad is at the target location. So can they make both these technologies work to save the last of humanity?

One hundred years before, the people of earth had built gigantic colony ships with enclosed habitats. They were filled with flora and fauna and people. These ships were launched into space knowing it would take generations to reach other solar systems. Those space pioneers would live out their lives in transition to a new world. But the colony ship program was considered a dismal failure. All of the colony ships were considered lost.

Will Michael and Jamie travel to one of the colony ships? Will it be a derelict? Or will it be a chance for a new home for humanity?

What will they find as they try the recovery of a colony ship?