That’s High Grade Plywood Ya Got There

My friend and I were taking a nice walk around the neighborhood yesterday and I noticed a lone piece of plywood right at the end of a neighbor’s driveway. You can tell it was not placed there because it was free, as some people do with stuff they want to give away. All I could think to myself was, “That is some valuable plywood you want to get stolen.” The cost of lumber is so high these days, I would have locked that stuff up in the garage with security cameras and a guard. For a second I considered putting it closer to the house for them, but then I really don’t need another neighborhood thinking I am crazy. I think I am turning into my dad. I should not be obsessing over plywood.

Secrets lead to lies and lies to murder in this pulse-pounding mystery with lots of shocking twists.

OUR HONORED DEAD: A bullet races toward Detective Stephanie Chalice, a bullet meant to kill not one, but two. Chalice is pushed to her physical and mental limits as she investigates four murders, each with its own unique criminal signature. The murder trail takes her from Ground Zero in lower Manhattan to the icy narrows beneath the Verrazano Bridge as she pursues a villain, who is both clever and diabolical. A solitary strand of evidence ties the four murders together but is it enough for our hero to go on? Lives hang in the balance as the clock clicks down toward zero. Is Chalice’s time about to run out? 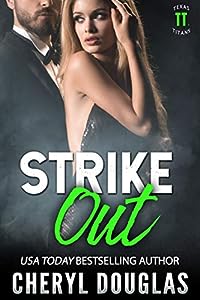 When professional baseball player, Zach Foster, agreed to go into business with five of his best friends, he didn’t expect their little sports bar to evolve into a national chain, spanning fifty states, but it did. The business helps to fill the void in Zach’s life during the off-season, but when he closes his eyes at night, he still can’t forget the girl who left that gaping hole in his heart when she left him standing at the altar.
Lauren ‘Rennie’ Alexander would do anything to fulfill a sick child’s wish. Not only is it her job, as director of the Sky’s the Limit Foundation, but it’s her passion. So when her assistant brings her a letter scribbled in crayon, complete with an application from the little boy’s loving parents, Rennie is ready to make another dream come true. Until she realizes that sick little boy’s dream is her worst nightmare. He wants to meet his hero, baseball player, Zach Foster. The same lying jerk who broke Rennie’s heart. It’s seems she has no choice but to take one for the team. 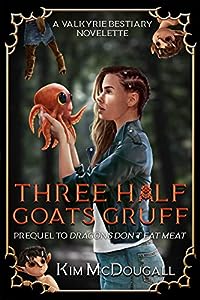 Three Half Goats Gruff: A Paranormal Suspense Story with a Touch of Romance (Valkyrie Bestiary)
by Kim McDougall

Three Satyrs. One helpful cephalopod. One dark stranger. And one toe-curling kiss.

Is he a vampire? A shifter? Something worse? Who is the mysterious Captain of the Guardians?

Kyra Greene, pest controller of fantastic beasts, takes on a rock troll and meets the man who will haunt her dreams for the next three-hundred and twenty-one nights.

Come sing around the campfire with satyrs and discover how Kyra found one little lost cephalopod who will win your heart. Three Half Goats Gruff is a prequel novelette to Dragons Don’t Eat Meat. 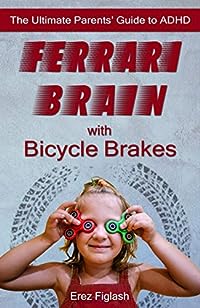 A practical guide for parents of children with attention deficit disorders, offering useful tools for healthy and correct management of the disorder.

As parents of children with attention deficit disorders (ADD or ADHD), you are no doubt already familiar with the daily struggles that accompany these disorders: difficulty in educational settings, a sense of failure, low self-esteem, social struggles, and much more.

Along with the difficulties faced by your child, you, the parents, find yourselves in a new and unfamiliar territory, confronted with considerable challenges.

Erez Figlash is an experienced personal coach for children and teens with attention deficit disorders, learning disabilities, and functional and adjustment disorders. Ferrari Brain with Bicycle Brakes is a direct product of Figlash’s work with thousands of patients over the last two decades.

This book is the ultimate guide for any parent wishing to better understand how every facet of their child’s life is affected and influenced by their attention deficit disorder. It offers practical tools for helping parents to minimize these effects and provides answers for important questions such as the following:

• Which medical and alternative treatments are available today?

• How and when should children be diagnosed?

• What are the risks of neglecting treatment of attention deficit disorders?

• What must I do to keep my child on the right track?

Figlash writes in simple, easy to understand language, and his book’s short chapters make it perfect for parents who suffer themselves from attention disorders and hope to learn how to better lead a life in the shadow of ADD or ADHD.

The Fighting Cowboy
by Gordon Landsborough

Steve Blondel is better known throughout the West as El Cougar – the fighting cowboy.

An unbeatable force, he’s winning competitions nationwide and earning a reputation for his skills in the ring.

As the first fighting cowboy to come out of the West, Blondel is quickly becoming the one to beat.

Huge bets are placed on his success and people travel far and wide to watch him in action.

But his career is suddenly interrupted when he learns of the disappearance of his brother, a Pinkerton Detective who has mysteriously vanished whilst en-route to a fight.

However, it’s not long before Blondel realizes that his brother has been murdered by a gang of vicious train robbers, and his body tossed into the nearby canyon.

Blondel vows vengeance, and locates the prime suspects of the attack – the infamous Morton family who will stop at nothing to get what they want.

But when he meets Carmen, the beautiful and beguiling sister of the Morton brothers, his plans for bloodthirsty revenge are put on hold.

Will Blondel maintain his reputation as The Fighting Cowboy of the West whilst avenging the life of his brother?

Will he finally meet his match in the seductive and dangerous Carmen?