I have been glued to my TV and computer for days now. I am obsessed with the news. Last weekend I had decided to try and not spend any money on plants and get my ToDo list done instead. Usually, when I am really stressed,  I would go to a store and look at all the new plants to help get my mind off things. I didn’t realize I would be tested so soon into my New Months Resolution. I guess I should feel good that I didn’t break that first day. I will try today to stay away from the news as much as possible. There are so many good free books for me to pick from.  I feel quite lucky. 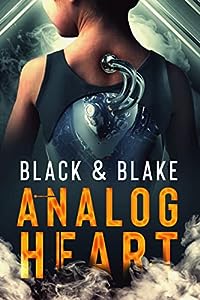 Cascade Labs said it was impossible for a robot to harm a human – it violates the code. But the murders of Bronson Dodge’s wife and daughter proved otherwise. To keep him close and quiet, Cascade Labs gave Bronson a lucrative job that channeled his need for revenge into hunting down robots who’ve evolved beyond their programming.

So heavily augmented that he’s practically a robot himself, Bronson hunted robots for Cascade until he retired. His nanite augmentations are now coming to the end of their life cycle and Bronson’s days are numbered.

But when Cascade engineer Isla Bligh comes to him for help, he decides to take on one last mission that goes against everything he believes: protecting a robot who shouldn’t exist from Cascade’s next generation of hunters.

Ava is a new kind of synthetic human, appearing to be a flesh and blood in every way, but she represents the next step in human-robot evolution. Bronson would’ve gleefully hunted her down himself… before his retirement.

Too bad he’s desperate for money – not to prolong his own pointless life, but to make amends ahead of his death.

Can Bronson overcome his own prejudices and smuggle Ava to safety under the noses of Cascade’s best hunters? 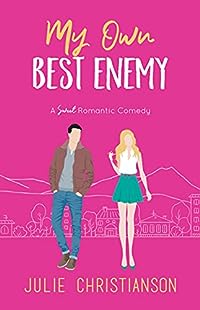 This isn’t a wedding. This is war…

I get it. We were in elementary school. Just a couple of kids on the playground. But after Nash Hendrix called me Enemy instead of Emily, his stupid nickname ruined my life.

Now our best friends are getting married, and they expect me to stand across the aisle from Nash the Ruiner without killing him?

Whatever. I can survive being maid of honor. It’s only for one weekend.

When I get roped into wedding planning at the same places Nash is fundraising, I’m ready to blow up our temporary truce.

All I wanted was to start over. New job. New permanently-single status.

But the more time we spend together, the more I feel like… not murdering him.

Is it possible Nash and I don’t hate each other?

No way. He’s still my enemy. 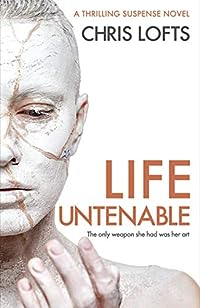 Life Untenable: The only weapon she had was her art
by Chris Lofts

“A shocking revelation leads to a gripping read”

Pan is desperate to guard the truth which threatens to destroy everything she’s worked for.

But Tobin suspects she knows something more. The problem is, she isn’t talking. Yet.

Fuelled by desperation and drug-induced paranoia he pulls Pan from her reclusive life of creativity and into his sinister world.

Pan hits back with the only weapon she has: her art. She has the time, the talent and the opportunity.
All she needs is the killer instinct. Or does she?

Life Untenable is a nerve-shattering fight-back thriller with a killer twist that comes from the last place you’d have expected. 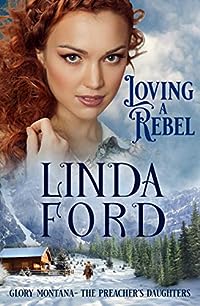 From an award-winning author with more than one million books sold, a new series of four heartwarming historical romances about four adopted sisters who find their match. Note: each book can be read as a stand-alone.Flora Kinsley has always been a red-headed rebel who delights to ride madly across the country. After being orphaned at age four, she has always had an insatiable desire to run. But when her wild riding leads her into trouble, she finds herself lost and stranded in a snowstorm. She takes shelter in the home of a bachelor rancher. Kade Thomas has lost enough loved ones because of foolish choices and risky behavior. The last thing he needs is to be involved with a wild rebel. But being stranded unchaperoned with Flora for two nights gives her preacher father plenty of reason to insist they marry. Knowing that if he forces Flora into marriage against her wishes, it would make for a miserable situation, he begs for a chance to persuade Flora she wants to marry him. Will this pair find that love is awaiting them? Or will the truth destroy any chance of love? 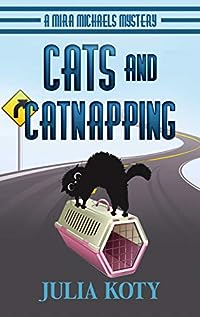 Mira Michaels finally calls her old life quits. She moves out of her psychic sister’s house and is on the road to her new life. Her trip to Pennsylvania starts simply, even if her cat, Arnold, can’t stop backseat driving. She refuses to accept that she can hear his kitty voice, until the radio refuses to work. Then, at a rest stop she witnesses a catnapping of the sweet kitty that Arnold has a crush on. Mira promises to chase the catnapper across the northeast and find the cat’s owner all before she must meet her realtor at her new house. Antics ensue.