So Many Mouths To Feed

Hubby thinks I am crazy because i was actually thinking I needed to get someone to watch my baby caterpillars while I am gone. Sure it’s just a few days, and I am right down the road, but those little piggies are growing fast and eat A LOT! It’s not that I am insane, it’s just a little obsession. 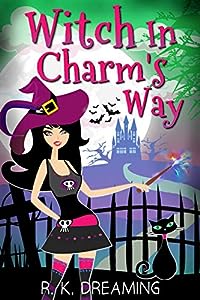 Solving crime one ghost at a time.
Disaster strikes and witch Esme Westbrim flees in the dead of night to her magical hometown of Brimstone Bay with a terrible secret. The ramshackle old castle left to her by a great-aunt is the perfect hide-out for a desperate witch seeking a charm to get her out of harm’s way, right up until a dead body turns up on her doorstep.

Things get worse when the ridiculously handsome investigating Special Agent Chris Constantine puts Esme on his suspect’s list. Esme must put her amateur sleuthing skills to the test and prove her innocence before Agent Constantine takes too close a look at her — because Esme has a secret worse than murder.

Juggling life and death turns into magical mayhem when a moody psychic cat, a busybody ghost aunt, and Esme’s three wild witch cousins burst in on her life. Will they help her catch the killer, or will they run for cover when they find out what Esme is hiding? 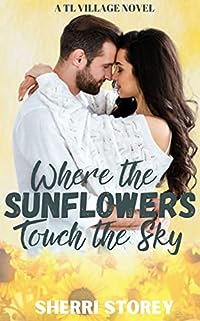 She never thought she’d be that girl. The one who can’t decide — torn between two men.

Kylie Brennan had hoped a year away, on another continent, would be far enough and long enough to heal her pain.

No such luck. Nick Taylor is still gorgeous, still taken, and still breaking her heart. He’s her brother’s best friend, and her first everything. But he’s put her on the ‘DO NOT TOUCH’ list.

Now that the devastatingly handsome movie star Jovanny Grotta has followed her home, she has every reason too.

She’s dusting the small town off her boots, swapping denim for designer, attending red carpet Hollywood premieres, and life has never felt so out of control.

Can she trust the actor, the self-proclaimed reformed playboy and forget about the jaded cop who isn’t as over her as he pretends?

The only thing she knows for certain; she loves them both.

And it’s more than just her heart on the line.

Someone is getting hurt.? Someone besides her, and that realization is eating away at her soul. 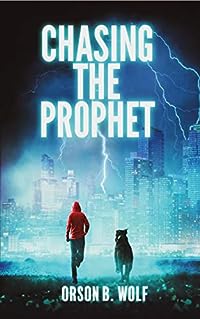 Chasing the Prophet: A Sci Fi Thriller. A Global Apocalypse Can Only be Prevented by the Courage of One Teen and His Loyal Dog.
by Orson B. Wolf

What would you do if in order to save all humanity, only one man had to be sacrificed… and that one person were you?
As the fear of nuclear attack becomes more real than ever, the key to saving everyone’s lives lies in the courageous relationship between a shy teenager and his loyal dog.

Our planet is on the verge of World War III and a cloud of paralyzing fear is drifting in the air.

While the leaders of the free world try to find a solution to the continuing crisis, the voice of The Prophet — a mysterious figure that has gathered momentum in the last few years — becomes increasingly louder.

The lives of thousands have already been saved thanks to his appearances in the media during which he issues timely warnings against natural disasters and dangerous events.

Within an already unstable security situation growing worse due to a deepening recession, an unemployed detective named Paul McBride is invited for a job interview. Paul suspects someone senior is behind this offer, perhaps even the prophet himself. The task given to Paul seems too easy: to follow a shy, introverted high school student named David who is always escorted by Max, his dog.

Soon the investigator finds out the young man is hiding a dark secret of far reaching consequences.

When David’s secret is discovered by evildoers, he finds himself with his back against the wall, forced to demonstrate incredible courage in order to save himself, his loved ones, and the entire human race. But… will that suffice?

Alison Tanner thought she was living her best life. Her husband’s seven-figure consulting business earned them entry into the country club crowd and paid for her gifted daughter’s tuition at the best private school in the area. She lives in a gorgeous house, drives an expensive car, and she could afford designer clothes, if she cared about fashion at all.

But when her husband, Tom, is killed in a gang-related shooting, it all comes crashing down. Tom’s consulting agency was just a front for his real business: keeping their wealthy neighbors supplied with cocaine, oxycontin, and every other illegal drug money can buy. Tom died owing the local drug lord a lot of money — and now Alison’s on the hook.

Worse, unscrupulous DEA Agent Banks wants her to be his informant in a sting operation and doesn’t care if she survives, as long as he gets his man.

Desperate to protect her daughter from both a vengeful mother-in-law who wants custody and a drug lord who wants her daughter to work off Tom’s debts in the streets, Alison agrees to go undercover, wearing a wire as she sells drugs to her snobby neighbors and learns more about the drug lord’s operation.

If she ever gets out of this, she vows she’ll take her daughter and disappear forever — but her chances of surviving are getting worse by the minute. Does she have a shot at ever living a normal life again, or is everything blown? 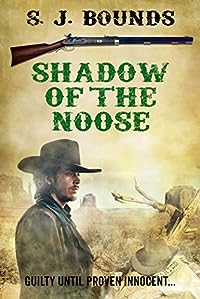 Shadow of the Noose
by S J Bounds

The hangman’s noose is calling…

Toby Small’s brother has been wrongly accused of the murder of a US marshal.

But Toby is determined to prove his brother’s innocence by tracking down the real killer.

It’s not long before Toby realises that his search for truth is more dangerous than he bargained for, especially when Carver, the foreman of the Crooked L ranch, goes for his gun.

Yet Toby’s investigations only seem to churn up more questions that need answering – why does rancher Harknett shy away from the public eye so much. and who is the mysterious prisoner trapped in the canyon?

Help is at hand in the form of the feisty Ella, and Ray, a young man looking for adventure.

But with time running out and the situation becoming more dangerous by the second, can Toby track down the real killer before it’s too late?

Or has Toby’s sniffing around earned him nothing more than a one-way ticket to the gallows?

One things for sure, when it’s all over even Ray will have quenched his thirst for danger and violence.

With tensions rising and bullets flying, Shadow of the Noose will transport you right back to the unforgiving wild west. The perfect read for fans of Louis L’Amour.