It is officially the last week of school for my baby bassets. So… what am I supposed to do with them? Keep them??!!! IN MY HOUSE??? Haha… kidding. I like those guys. I am very much looking forward to sleeping in and not driving them to school for a few months. Maybe this will be the year I can get them interested in what I do in the garden. Yes, I have hopes that two teenage boys with video games and friends will be interested in my garden adventures. For sure this will be the summer they learn how to cook. And not my kind of cooking where you open the box and put the frozen meal in the oven. We are talking spices and fresh veggies. I haven’t quite figured out how I am going to teach them, but it will happen. It is time for my sweet boys to feel the pain of coming up with dinner EVERY SINGLE NIGHT!

Check out the latest news and happenings in the my garden, or see what thrift store treasures I have found by visiting my other blog Pollen Patch by clicking here! 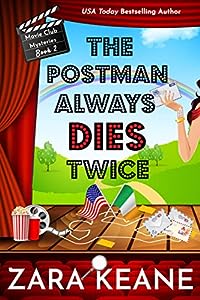 Breathing hard, I gave a yelp and let the now-empty canister drop to the ground.
“That wasn’t pepper spray.” I stared into the sparkly, green face of the corpse I’d discovered mere hours before. “And you’re not dead.”

When former San Francisco cop Maggie Doyle extends her stay in Ireland, dealing with more murder and mayhem isn’t on her to-do list. Too bad because the instant Maggie and her UFO-enthusiast friend Lenny discover the dead body of Whisper Island’s postman, Maggie’s plans to chill for the next two months are put on ice.

Then Police Sergeant Reynolds, Maggie’s handsome neighbor, arrests Lenny’s brother for the murder, and her friend begs her to find the real killer. Meanwhile, Maggie is hired to investigate ghostly goings on at the Whisper Island Hotel. Can she solve two crimes before St. Patrick’s Day? Or will the island’s annual celebrations end in a glittery flame of green, white, and orange?

***Includes a recipe for one of Maggie’s favorite cocktails!*** 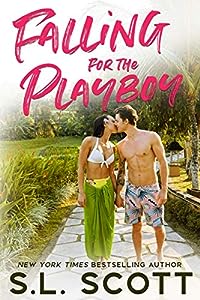 Falling for the Playboy (Playboy in Paradise Book 1)
by S.L. Scott

Thanks to my last name, money is no object. According to the ladies, I’m charming.
And if I do say so myself, and I do, I’m good looking too.

I’m used to getting my way. Every. Single. Time. That is until Mallory Wray, a brunette beauty, lands in Hawaii. Now my new favorite pastime is how to bed the gorgeous co-ed. Again.
…

I’ll call it what it is. But there are worse places to spend the next three months than in paradise. A fresh start without the chill of Colorado or cheating exes is exactly what I need.

No one is going to ruin this for me, especially not gorgeous playboys. That is until I decide to throw caution to the wind and fall right into Evan Ashford’s bed. Unlike him, I can’t separate my heart from my head, so I get out before I get hurt. Again.

I thought I left my broken heart on the mainland, but now I’m starting to wonder if Evan can heal it. Here goes everything…

The Playboy in Paradise Trilogy is the perfect Beach Read. Told in DUAL POV, this Emotional, Contemporary, New Adult Romance will sweep you right off your feet. 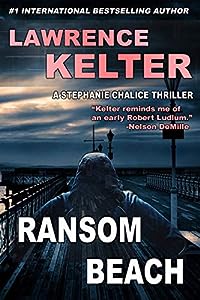 NYPD’s street savvy detective Stephanie Chalice is back and not a minute too soon. Her newest nemesis is a con artist and bloodthirsty killer, a chameleon able to change her identity at will, a ghost known only as Black. Chalice is called into action when a billionaire’s ward, an autistic child, is abducted from beneath the nose of his well trained bodyguard. Black’s reason for choosing this mark is not the obvious one. The kidnap victim is no ordinary child; he has never learned to read or write, and yet is capable of channeling the prophecies of his long dead ancestor; those that have long been memorialized, and those now thought to be ages lost. Chalice is put to the test, forced to decipher clues that defy explanation. Will she be able to outthink her diabolical opponent before it’s too late? 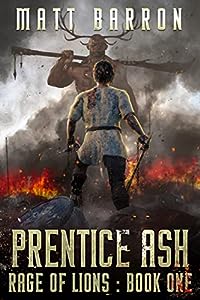 Trained as a knight, condemned as a heretic, exiled as a convict, Prentice’s every moment is a struggle just to survive.

The Duke is dead and now Duchess Amelia, his young and inexperienced bride, must rule the Western Reach alone. But when an unknown enemy invades her lands, slaughtering all in their path, her knights are too eager for glory to see the danger. She must turn to Prentice, a convict, wise in the art of war and the only one she can trust despite the dishonor it brings.

Thrust into the front lines, Prentice must fight to survive not only the violence of the enemy, but the inexperience and foolishness of his own commanders. In the midst of conflict, Prentice will earn the battle name Ash, for no matter how intense the fires of war, even if all burns away, Ash will still remain.

Prentice Ash is a medieval fantasy set in a unique but familiar world full of knights, magic, prophecies, and warfare. If you’re a fan of Song of Ice & Fire and Dune, you’ve found your next favorite read. Don’t take our word for it, grab Prentice Ash today and find out for yourself! 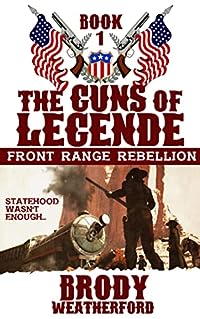 Front Range Rebellion spins the wild and woolly tale of how the Society of Buckhorn and Bison is entrusted with defeating the power-mad Colonel Carlton Clark’s attempt to stop Colorado from becoming the Centennial State and establish his own country.

Allister Legende recruits two new agents. Frank Landry peddles whiskey for the Mudflats Distilling Company and has connections, both legal and illicit, throughout the territory. Fiery redhead Emily O’Connor comes from a higher class of society–Boston Mainline. She’s an accomplished gambler, willing to bet everything on the turn of a card or spin of a Colt’s cylinder. They are perfect to thwart Colonel Clark as he maneuvers both militarily and politically, but can they cooperate? They have different ideas, different ways of swinging into action–and they were married. The baggage both carry from their failed marriage pits them against one another, as well as against Colonel Clark and his army of murderous cutthroats.

Statehood is at stake. And more, much more. Thousands of lives hang in the balance as Frank and Emily battle both the would-be President of Auraria… and each other.