I don’t like spicy hot tortilla chips. It’s just not my thing. Somehow a bag of spicy tortilla chips got dumped on the sidewalk in front of my house the other day. I didn’t really think much of it. Well, those chips turned into the treat of a lifetime for a crow and now he won’t stop hanging out in my yard. The guy is waiting for more spicy chips. I have tried explaining to him that I do not eat spicy chips and have no intention of buying any, but he won’t listen. He just sits and stares at me. Did you know if you anger a crow, he will teach his offspring to hate you? It’s true.. Google it. I am not buying more spicy chips (puts foot down). NO!! I’m going to have crows hating me for generations aren’t I?

He lives to protect his city. But when gang warfare erupts on its streets, will Harry Hawkins pay with his life?

The fight against crime and evil never ends.

Harry ‘H’ Hawkins is the people of London’s staunchest defender, but when a bloody international gang war threatens to rip the metropolis apart, ‘London’s top copper’ finds himself under siege as never before.

Haunted by flashbacks of the horrors he experienced in the Falklands War, held accountable for the unstoppable wave of violent chaos that is turning the streets of his city red with blood, hounded and ridiculed by a media he cannot understand and continually thwarted by an establishment cover up of he knows not what, H is in trouble. Big trouble.

As the chaos reaches boiling point can H, against all the odds, bring the streets under control, see through the fog of a high-level conspiracy and rescue his partner before she is killed by her ruthless kidnappers?

And how far outside the law must he go to do so?

If you like Connelly’s Harry Bosch, McNab’s Nick Stone or Leather’s ‘Spider’ Shepherd – hard-boiled, twisty and action-packed crime thrillers in general – join Harry Hawkins on a compulsively addictive rollercoaster ride through the dark and bloody underbelly of criminal London.

TRIGGER WARNING
If you require a trigger warning of any kind then these books are not for you. 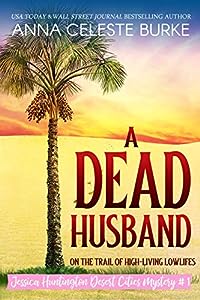 Jessica Huntington is a wealthy attorney whose life has been upended. She moves back to her childhood home near Palm Springs to reassess her life. When a close friend’s husband is murdered, she asks Jessica for help in solving the crime. Along with a close-knit group of friends affectionately named the Cat Pack, Jessica is soon on the trail of scoundrels in pantyhose, stilettos, Bruno Maglis, and Armani suits. Even in a desert paradise, life is full of surprises. 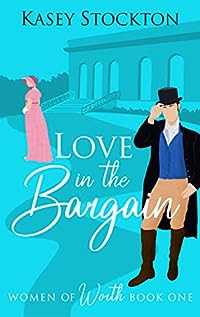 Love in the Bargain: A Regency Romance (Women of Worth Book 1)
by Kasey Stockton

Growing up under the ruling thumbs of autocratic and absentee fathers, Elsie and her two best friends made a childhood vow to never marry. But when Elsie begins her first Season in London, her mother presents her with an irresistible bargain: if she says yes to each and every man’s invitations and still remains unattached by the end of the Season, she will receive her inheritance and become a free woman.

She is thrown into the spotlight by increasing attention in the newspaper gossip articles, and keeping her end of the bargain seems impossible — especially when her best friend’s tyrant of a brother, Lord Cameron, begins to make advances that Elsie literally cannot refuse.

The gossip grows increasingly malicious, leaving destroyed reputations and broken homes in its wake, and Elsie can’t seem to escape its focus. But it’s her own blossoming feelings for Lord Cameron that pose the greater threat. If she can’t keep him out of her heart, she’s sure to compromise the bargain, break her vow, and lose her one shot at freedom for good. 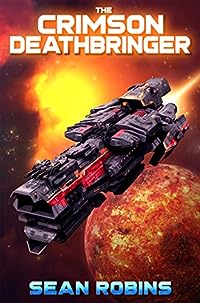 When Earth gets embroiled in the middle of an intergalactic war, humanity’s only hope for survival rests with a rag-tag team of unlikely heroes which includes an ace fighter pilot, a stuntwoman, a super-assassin, and an alien prankster.

Jim, a wise-cracking, OCD-suffering fighter pilot, is about to propose to his girlfriend when his friend Kurt surprises them by showing up at his house, wounded and covered in blood. This is just the beginning of Jim’s woes because soon after his life is thrown into a galactic conflict that threatens the very existence of the human race.

Can our heroes save humanity from the wrath of a galaxy-conquering alien fleet?

The Crimson Deathbringer seamlessly blends breathtaking action sequences with mischievous humor. If you enjoy reading a well-written space opera saga, or if you are a Star Wars, Star Trek, or Stargate fan, this book, with its nerve-wracking space battles, memorable characters, formidable antagonist, and Game of Thrones style shocking twists, is written especially for you. Pick it up and see for yourself! 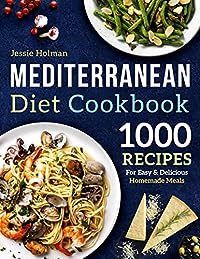 Do you want Effortless Weight-loss and Healthy habits?
Do you want to Enjoy Tasty food yet feeling great?

The Mediterranean Diet is great for a “one size fits all” approach and allows you an easy adaptation to your specific needs. This cookbook provides the means to empower everyone to develop an effortless approach plan, offering many options while limiting the standard US diet. And all that to bring you tasty meals, that are also beneficial to your body!

In this Mediterranean cookbook simple, you will find:

• Lots of Meatless dishes for those essential nutrients

This complete Mediterranean diet cookbook will guide you through your journey towards a healthier lifestyle and permanent weight loss, quickly and effortlessly!

Give yourselves the best present and start enjoying life again!