Time For A Change

After trimming the lavender yesterday I felt an overwhelming need to rip it all out. I wanted to rip out the lavender, the two citrus trees, and even the passion vine on the fence. ALL OF IT!! I decided to put the clippers down and walk away. My plants need to worry. I see big changes in their future.

The Control Center (Book 1) : THE CHINA AFFAIRS
by Brad Good

A chance meeting one night in Shanghai introduces American banker Jack Gold to an Israeli man named Ari, who has a stunning proposition: Help Israel and the United States infiltrate China’s heavily guarded Control Center and address the nation with the truth they deserve to hear.

China, a country of 1.4 billion citizens, is an existential threat to itself and the rest of the world. With its news and media censored through the Control Center before being broadcast to viewers, the people of China have no hope of realizing their government is only looking to enrich and reward its most prominent leaders.

But getting into the Control Center is not going to be easy. And even if such a dangerous undertaking proves successful, though, there is no guarantee that the growing tensions between China and the United States can be quelled. But Jack’s love for China, and the beautiful artist he meets one night, pushes him to the brink as he risks everything to help a nation of people whose lives and livelihoods have been stifled by government control.

Written by Brad Good, who started living and working in the People’s Republic of China in 1988, THE CHINA AFFAIRS is a series of four novels that take place in China. Good brings rare on-the-ground knowledge of contemporary Chinese political, social, and cultural issues, and associated international affairs.

Jack Gold is an American in China who is recruited by an Israeli agent to penetrate the Control Center, China’s broadcasting hub.

Hot Under the Collar (The Dogmothers Book 1)
by Roxanne St. Claire

Book One (all stand-alone titles) of a Series for Dog Loving Romance Readers!

Firefighter Braden Mahoney is devastated when his beloved Weimarener, Jelly Bean, fails the canine arson investigator test. Faced with the challenge of raising the money for advanced training, it’s Braden’s sweet grandmother and her best friend who suggest he use the services of the new event planner in town. Not that he needs a push in Cassie Santorini’s direction. Ever since she arrived in town, Braden has had his eye on the sassy Greek goddess… and can’t stop thinking about getting the rest of him on her, too.

Cassie has spent years putting family first, even moving to Bitter Bark when her mother falls in love with the local veterinarian. Having a huge new extended “family” is fun, especially when one smokeshow of a firefighter attends the gatherings, but Cassie has no plans to remain in the small town. She’s ready to pursue her big city dreams. But when Braden asks for an assist for his precious pup, Cassie agrees to help him set up a town-wide scavenger hunt. It isn’t exactly a hardship to be around those blue eyes and brawny shoulders, especially since they both agree everything — even the undeniable sparks that crackle between them — is temporary.

But when temporary gets complicated by feelings that might lead to forever, Braden and Cassie start to question the direction they’re headed. Should they follow their dreams… or their hearts? It’ll take a dog with a bad nose and a good heart, two meddlesome grandmas, and some help from the clan that loves them to make sure Cassie and Braden follow the clues and find their way to each other’s arms.

The Dogmothers – a new spinoff series from the popular “Dogfather” books. 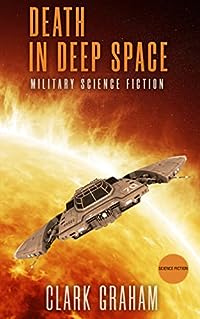 “Where do your loyalties lie?” The captain’s question rang in Klay Johnson’s ears. The son of a diplomat and grandson and great-grandson of Naval officers, his loyalties should never had been questions. However, his mother was a Galitian and Galitia was invading, taking the Space Fleet by surprise. He would have to prove himself to the captain and to his fellow pilots, while trying to survive an attack by a superior enemy force.
Already fighting one galactic race and threatened by another, an invasion had been the last thing Earth’s Space Fleet expected from a quiet quarter.
Stretched thin, the only space going ships the fleet they could spare were a battle-tired aircraft carrier group and an antiquated battleship group.
If you enjoy futuristic space warfare, Death in Deep Space is for you. 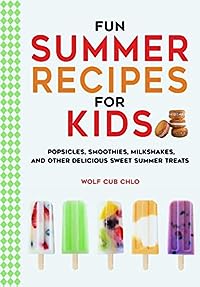 50+ fun recipes for kids that are packed with smoothies, popsicles, slushies, milkshakes, and ice cream sandwiches to help you keep cool during the sweltering summer.

Looking for an easy cold treat to help cool you down on a hot day?

Searching for healthier options that sneak in fruits and veggies instead of boatloads of refined sugar?

This “Fun Summer Recipes for Kids” cookbook is packed with delicious sweet summer treats for every member of the household. Discover refreshing, fun, and cool recipes that use simple and natural household ingredients and eliminate several trips to the grocery store.

Every smoothie recipe can be prepped and served in 5 minutes or less. Each slushy recipe contains 5 ingredients or less for simplicity

Enjoy the flexibility of these fun recipes by turning cool popsicles into slushies, transforming your ice cream sandwiches into amazing milkshakes, or even substituting ingredients for items that suit your dietary needs, an option that grocery stores eliminate.

Indulge in this fun cookbook for families that encompasses:

• Simple recipes for beginners and experts – Stress-free recipes that keep the focus on staying refreshingly cool regardless of whether your delicious snack is an icy indulgence or frigid refreshment.

• Dessert cookbook with photos – Colorful, vibrant photos keeps you on track from start to finish.

Fun summer snacks for kids and adults are perfect for kid parties, food demonstrations, rainy day activities, after-school fun and so much more.

Savor mouth-watering, refreshingly delicious treats that can be enjoyed on the beach in the summer or by the fire pit in the Winter. Whether you want to sit by the poolside and taste a vacation with a tropical ice pop, drink your lunch with a PB & J smoothie, or bring the wow factor to a kid’s party by turning your frigid treat into a drinkable science project with a cool glass of Galaxy Lemonade, this “Fun Summer Recipes for Kids” cookbook will entice you to stay cool on a hot summer day. 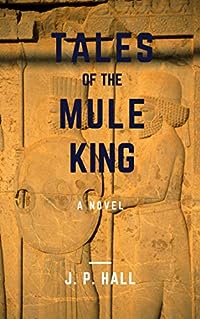 Tales of the Mule King
by J.P. Hall, Joe Hall

“Cambyses was a madman. Darius was a huckster. But Cyrus was a father to us.”-Persian proverbIn the ancient world kings ruled as despots, their subjects at the mercy of their every whim. But a mule, a half-breed child of two kingdoms, was destined to rule with tolerance and the restraint of law, earning him the name of Cyrus the Great. Warned by a prophetic dream, his grandfather sought to kill him on the day of his birth. But his destiny could not be thwarted.Author J. P. Hall vividly depicts the exciting and thought-provoking life of this historic figure, drawing from such sources as Herodotus’ Histories and the Bible. He uses both legend and fact to meld together a thoroughly entertaining tale of a man propelled toward greatness by forces beyond his control. 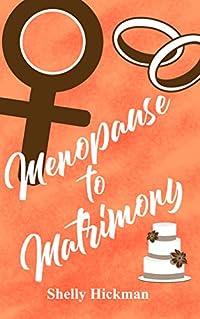 *Although this is a sequel, it may be read as a stand alone novel.*

The sequel to “Vegas to Varanasi” catches up with Anna and Kiran a couple of years after the event that brought the once “ugly duckling” high school acquaintances together. But will their romance continue to flourish in the face of a whole new set of insecurities brought on by middle age?

First, there’s Kiran, who has an unexpected health scare. While his doctors assure no permanent damage has been done, there seems to have been some damage to his personality, as the normally respectful and reserved Kiran begins behaving erratically and overtly. Anna wants to hope that this is temporary, sparked by the visit of Kiran’s womanizing, free-spirited cousin, Seth. But is this just the midlife Kiran surfacing?

Anna has midlife issues of her own. Now forty-eight, she’s navigating the onset of perimenopause and all the delights that come with it, from facial hair to mood swings to body temperature issues. On top of that, her two-year-old granddaughter is starting to show signs of a behavior disorder, bringing with it a whole other level of stress and worry.

Will Anna and Kiran finally find their happily ever after? Or end up stuck in a midlife mess in this romantic comedy of accepting change, and “the change.”