Today is PUMPKIN DAY!!!!! I am so excited. I am in desperate need for some groceries and Costco has their giant pumpkins in stock right now. I am thinking three or four. Guilt and shame will dictate that I only get two, but I’m not too concerned about that because I will have a chance to buy more at the next grocery trip. 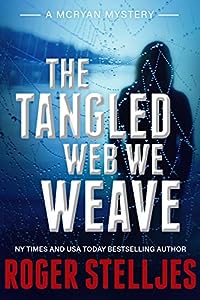 What will you do for money? Because once you’re in, you’re in… and there’s no way out.

She was young and beautiful but now she was dead. How far will someone go to protect the secrets now that so many are tangled up in the lies? Or will the search for the truth get you killed? Oh, what a tangled web we weave…

An absolutely gripping, compelling and intense mystery that will keep you racing through the pages long into the night. A chart-topping bestseller, that turns fans of John Sandford and James Patterson into Stelljes addicts. 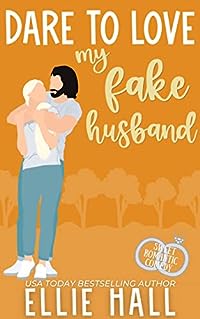 Pressure to live a certain lifestyle turned my world toxic. Late nights bubble with drama, my relationship with my “not-boyfriend” fizzles, and failing to meet my parents’ expectations means one thing. They arrange my marriage.

Dean Wolfson is not looking for love, nor does he want his family’s business to go under. When he has the opportunity to bail them out, he says yes to marrying his best friend’s sister — a hot mess. It’s just temporary and then he can get on with his life.

I resent that, thank you very much.

We’re sent to the countryside to “play house.” What starts as a disaster with a leaky roof, sneaky possum, and an indoor mushroom farm turns into distraction. Dean with his charm — showing me what real fun is. And I guess he likes my smile or something.

But when I learn about a secret from his past, do I dare love him? 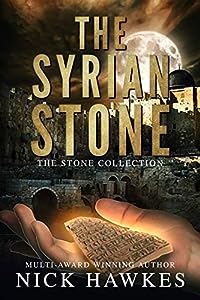 The Syrian Stone (The Stone Collection Book 6)
by Nick Hawkes

Chelsea is part of an international team of archaeologists who are making the most of a tenuous cease-fire in the Syrian civil war to excavate and conserve the historic remains of the ancient kingdom of Ebla. The dramatic discovery of a new library of clay tablets inscribed with cuneiform writing brings to the surface international tensions between Syria and Israel. Will the revelations in the ancient tablets be hijacked by vested interests?

Chelsea finds herself caught in the middle of an international tug-of-war. Tensions increase when a small boy finds some tablets inscribed with two types of cuneiform writing that will enable archaeologists to translate the rest of the tablets. The boy and the tablets become the target of international intrigue. Chelsea must enlist the help of Tony, a shadowy character with military training. But Tony is seeking a new life, one that will allow him to deal with his own demons. She must also call on the help of her colleague in the British Museum, Beanie, an IT genius.

Chelsea must keep those she loves alive in an international squabble over who can lay claim to being the rightful owners of the tablets — and manage the greatest archaeological discovery of the century.

Eye of the Storm: Tiger’s Eye Mysteries
by Alyssa Day

A monster hurricane, a series of thefts, and a rogue vampire are all trying their darndest to smash Dead End, Florida into pieces — and then another dead body shows up. What are a pawn shop owner and tiger shifter PI to do?

With Hurricane Elvis — the “storm of the century” – bearing down on Dead End, Florida, Tess, Jack, and the gang have their hands full doing storm prep for themselves and the quirky paranormal residents of the town. They certainly don’t have time for the discovery of yet another dead body. But in Dead End, you never know when magic, mayhem, and murder will combine to cause as much chaos as a rogue vampire let loose in a blood bank.

And when Tess, a pawn shop owner who can see how you’ll die, and Jack, an ex-soldier and tiger shifter turned private eye, team up to solve another murder, the criminals had better watch out. Because a hurricane is no match for Hurricane Tess, and sometimes it takes a tiger’s eye to see the truth.

*From a reader review of the Tiger’s Eye Mysteries 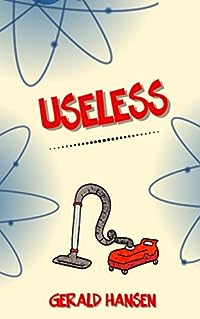 While desperately cramming to appear on the TV quiz show Useless, Fionnuala Flood discovers many things about the world she had never cared to know. The most alarming to her is what scientists are up to in an underground tunnel in Switzerland: smashing atoms together at close to the speed of light. She’s heard that toying with these things will lead to all manner of unmentionable catastrophes, such as portals into other universes, black holes, maybe even Armageddon.

It’s like a knife in Fionnuala’s heart when she learns that one of those scientists is none other than her estranged daughter Moira. Determined for a showdown, Fionnuala must somehow get to Switzerland and, once she steps off the plane, she’ll decide if she’s there to punish or save her daughter. Or to save the entire world from destruction.

Throw into the mix Fionnuala’s arch enemies, Ursula and Jed Barnett, and you have a touching and uproarious darkly comic tale with a little science, a lot of family dysfunction and hopefully some reconciliation. Contains the previously-released prequel A Difficult Birth. 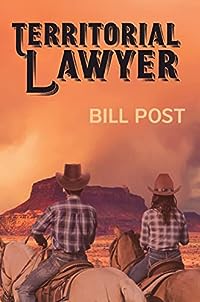 Matt Hamilton was a newly minted Philadelphia Lawyer. When he was betrayed by his fiancee and his best friend, he migrated to the Arizona Territory to start a new life. He anticipated having a difficult time establishing a law practice in such a strange and wild environment, but he never dreamed he would have to strap on a gun to save a beautiful client’s ranch from cattle rustlers and claim jumpers. 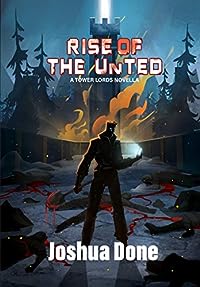 Rise of the UnTed (Tower Lords)
by Joshua Done

Rise of the UnTed follows the unfortunate adventure of Ted as he starts his new life as an unholy abomination. Only time will tell if he will be another mindless minion or become something else. But first, Ted has to kill his killers. What doesn’t kill you may make you stronger, but sometimes what does kill you just makes you angry.