Darth Vader Should Have Worn A Leather Jacket 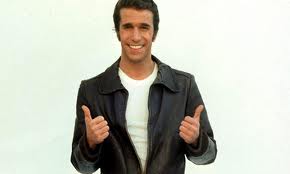 Not wearing a cape. Just saying

Accompanied by the professor’s beautiful daughter, archaeologist Faye Roberts, Sam soon stumbles upon a secret stronghold—a base of operation for unleashing hell of earth.

Now running for their lives, Sam and company are about to come face-to-face with the greatest archaeological discovery of all time….

Always on the Run (Always the Bridesmaid)
Crystal Bowling

My sister is marrying my ex-boyfriend. When is an acceptable time to start day-drinking?

Jamie has tried for years to be in complete control of her life. She has to-do lists, calendars and plans to keep her life running smoothly. The thing is, life isn’t quite going along with her agenda: she was fired from her job as a charter bus driver (for something that was SO not her fault), her ex-boyfriend just popped the question to her older and perfect sister, and her eccentric great aunt keeps fixing her up with stuck-up rich boys. For all the plans she makes, Jamie may come to realize it’s the moments in life that she never saw coming that are the ones to write down.

The Night of Knives
Jon Evans

Veronica Kelly came to Africa to start her life over. Still reeling from her divorce, she is grateful when a handsome stranger invites her to join a tour to visit gorillas in Uganda’s wild Impenetrable Forest. A trip that goes desperately wrong when their group is captured by brutal gunmen.

Then one tourist is executed. And then another.

This is no random kidnapping: their abduction is only the first move in a deadly strategic game. A game in which Veronica’s ex-husband is somehow involved.

Now she must embark on a wild journey across Africa, to unveil a malignant conspiracy before it consumes entire nations – and thousands of lives…

Jimmie Barnes is dying. After over 100 years of life, his time is short. Jimmie has one mission, unfullfilled – the return of his father’s hard earned 40 acres, awarded to the slave soldier at the end of the Civil War.

Over the decades Jimmie approaches the rich and famous, including all the American Presidents from Grant to Reagan in a quest to have the land returned. He makes one president cry (Nixon), helps kill another (McKinley) and accepts the brotherhood of an unlikely ally (“brother” Ronnie Reagan).

Will Jimmie finally get back the 40 acres?

Fierce and sexy, former Marine Travis Sanchez has always held himself back from the rest of the world, using his tattoos and piercings as armor. But when the woman he’s wanted for months is threatened, he knows it’s time to strip away the bad boy image and show her just how much he wants to be with her. As one of Red Stone Security’s best contractors, Travis is trained for almost any situation. But nothing prepares him for the most dangerous threat of all: the one to his heart.

Kind-hearted Noel Baskov’s only wish for the holidays is that her Miami coffee shop has a successful Christmas season. But her focus on work is interrupted when the family of the young girl she mentors is threatened, and the man she’s been lusting after for months steps in to handle it. Unfortunately the danger is far from over. Can this sexy and mysterious warrior protect Noel, or will he be the one to shatter her heart?

No woman ever affected Red Stone Security expert Kell Malone quite like Charlotte Bastien. It’s been a year since that incredibly intense night they spent together and he still can’t get her out of his head. When he discovers she’s in Miami–with their three-month-old son–he’s stunned. Hurt. He’s also determined to know his child, and if she’ll give him the chance, to make a life with the stubborn woman who has sworn off love.

Single mom Charlotte came to Miami to tell Kell about their son, and that’s all–she won’t open her heart just to have it trashed by another man. Unfortunately, Kell makes that hard. He’s everything she wants, and just one look from him unleashes wicked memories and wild desires. When she witnesses a murder and lands on a hit list, Kell steps up to protect her and their son, but winning her love proves to be the hardest mission he’s ever undertaken.

Iris Tarango is a small-town girl from the wrong side of the tracks; she’s also a decorated former Marine who fought hard to become one of Red Stone Security’s most respected agents. But her perfectly ordered life is turned upside down when she’s assigned to guard the sexy, dominating tycoon she shares a secret history with. The instant Iris walks back into the billionaire’s diamond-studded orbit, the wild attraction flares between them…and her reputation, objectivity, and heart are in trouble.

After an attempt on his life, business magnate Wyatt Christiansen calls in major favors to hire Iris as his bodyguard. He knows she’s the best, though he has another motive, too. He sees this as his final chance to win her heart. But when danger spins out of control, all Wyatt can think of is getting Iris out of harm’s way–even if it means losing her love in the end.

Unfortunately, the killer seems to know their every move. If Wyatt and Iris don’t figure out who put out the hit, they’ll lose more than their chance at happiness together.