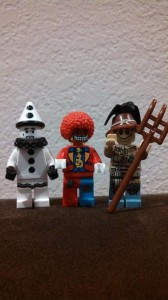 Do we control our destiny or is it controlled by a greater power? Roberta Carr explores this question in her captivating novel, The Vernazza Effect. Ella Walker is a young woman from a good family who loves her nursing career caring for infants in the neonatal intensive care unit at a large San Francisco hospital. When tragic events occur at both work and home, she finds her life spiraling out of control. Ella puts her faith in her best friend, Tara Collins, who loves her enough to tell her the truth, while creating a way to help her reclaim her life. With Tara by her side, Ella embarks on a journey of self-discovery in Italy where she begins to heal her fractured body and soul, and comes to terms with her past—while grappling with her future. When Tara and Ella’s vacation ends, Ella makes a surprise decision to stay—all alone—for two more weeks in an enchanted place called the Cinque Terre in northwestern Italy. She settles in Vernazza—a quaint village that weaves some powerful magic—and Ella awakens to her heart’s desire. When she returns home, it isn’t long before the messiness of life intervenes, and Ella soon finds her world turned upside down once again. She must look deeply within herself to confront her fears and desires as she struggles to hold on to her dreams that were born in Vernazza.

Every year in America, thousands of women disappear never to be seen again, and one man has dedicated his life to finding them…

Humble Walker has an amazing gift rooted deep in an ancient Navajo legend. It’s a power that may be as limitless as his imagination, if he could only learn how to control it.

Waging a clandestine war in the shadows of the New York City underground, Humble has taken on an unassuming drug research facility, abducting women for nefarious mind control experiments. They’re powerful, corrupt, and have perfected a brain-altering narcotic like the world has never seen.

Beautiful and spunky Kat Carson is the latest victim. Taken from her comfortable suburban life, she represents a tipping point in the ongoing battle, but all she wants is her life back. With the help of Humble and a small band of refugees, she has a fighting chance.

Even with the best plans, things can go horribly wrong. Unthinkable betrayal derails their efforts and backs them into a corner. But, that is the one place you don’t want to put Humble Walker.

When Rachel met Ryan, things felt certain.She believed in true love… wanted it for herself.

Ryan showed her stability, friendship, love. She left her friends and her only sister to start a new life with him in Indianapolis. And then… he died. Just… left her somehow.

Vince had known Ryan for over a decade.After meeting in school, they became fast friends.So, when he heard the news of Ryan’s passing, Vince came to pay his respects. When Vince met Rachel that Monday, he knew somehow she would change him. But… she was off-limits.A widow.His friend’s wife.His dead friend’s wife.

Who was this man?Rachel felt an immediate connection.He seemed like a friend.There was something else though… an attraction?

Life is a journey that sometimes goes off a cliff.For two disparate souls brought together by quiet tragedy, the cliff is a jumping off point.But with their friends and family watching, how will they land?

The Road To The King: The Tale of Joseph Asher (Kingdom Series)
Steven Styles

In a vast, island nation–lying alone in the Great Sea between the East and West–prosperity and peace dwelt from one shore to the other. From its high rocky peaks to the North to the swamps and cliffs of the South–and all great forests, small villages and bustling towns in between–the citizens of The Kingdom live and work in safety.

Beneath the calm surface, however, dwells a vile and secret society… a simmering corruption just waiting to emerge to swallow the entire nation.

Stumbled upon by a mere peasant solider–a lieutenant on routine patrol of a rural highway–the hidden evil destroys the entire unit of Kingdom soldiers, leaving its leader wounded, galloping madly for home. As Lieutenant John Asher lies dying on his own table, he recruits his young son, Joseph, to swiftly bear a warning message to the King. Alone and grieving his father, the boy navigates the highways to the Capitol City, by the Great Bay. He finds a way into the Palace citadel and finally finds audience with the mysterious monarch and his elite guard, the Shamar.

Impressed by young Joseph’s bravery, the king grants him an unusual reward: an aristocrat’s education alongside his training, as a blacksmith. Despite ridicule and strife, Joseph grows into a skilled swordsman, practicing his trade of smithing until called upon by the king to service, to stand in the way of the poison now creeping into his land…

Ruby Lee has a problem. A very BIG problem.

She has won a so-called “prize” in her school: to read her essay in front of her entire smallish town. Except that Ruby has a bad case of stage fright.Help comes in the guise of her eccentric Great Aunt Alice, who may—or may not—have been a starlet in the golden age of film.

Great Aunt Alice floats between two worlds: day-to-day reality, and a world of memory (or fantasy) in which she hobnobbed with the likes of Marlon Brando, Humphrey Bogart, John Barrymore and Vivien Leigh. Her colorful stories—of helping Barrymore prepare for a role, teaching Bogart to whistle, pulling Brando out of bed to audition for The Godfather—will entertain and delight readers of all ages.

What’s more, each of Alice’s tales contains one of her nine “secrets to becoming a star.” These secrets, which unfold as Ruby prepares for her speech, ensure that she shines when the big day comes, her fear of public speaking now just a memory. The two come to appreciate each other—and readers come away with down-to-earth, effective public speaking tips.