I am really curious as to why my chickie Summer thinks it is necessary to cluck and cheer as if she just laid an egg, when it was really one of the other ladies that did all the work. I know she is not laying right now. I know what color her eggs are. What? Does she think this is like the movie “Chicken Run” where if you don’t lay an egg you get made into soup or something? Relax Summer. Eat your bugs and lay when you’re ready. 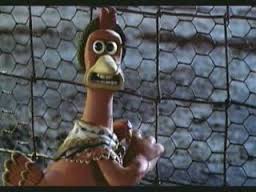 Lacey Luzzi’s rollercoaster of a life has been filled with the highest of highs and the lowest of lows. She just never expected the lows to be so… sparkly.

After falling on her face during an attempt to follow in her recently-deceased mother’s stripper-boots, Lacey realizes she’s not cut out for life on stage. She sets out on a year-long investigation to find her true family, never expecting she’ll find it with a capital “F.”

With a rumbling stomach, a need for money (check engine lights don’t fix themselves!), and a conscience that operates at 78% on a good day, Lacey is sucked into a whirlwind of Family secrets, hard-as-cement cookies, and mysterious, sexy men who unfortunately shoot guns, sometimes aimed at her face. The long-lost-granddaughter of Carlos Luzzi, the Godfather of the Italian Mafia, Lacey accepts her first assignment for the mob: finding fifteen million dollars of ‘the good stuff.’

Even after she enlists the help of her mouthy best-friend and her cousin, a technical genius and social disaster, she finds that going toe-to-toe with the rival Russian mob is more dangerous than expected.

No one chooses their Family, but Lacey Luzzi will be lucky if she can survive hers.

Lacey Luzzi: Sprinkled, is a full-length, laugh-out-loud, humorous cozy mystery with a strong female protagonist in the spirit of Janet Evanovich’s Stephanie Plum, albeit one working for the wrong side of the law…

Electronic Gags presents a chilling portrait of a dystopian futuristic United States. Democracy has fallen and the country is now a presidential dictatorship. The government introduces a new surveillance system that can monitor people’s offline conversations. Privacy is officially dead.

Freddie is not your everyday action hero. He is fat and he is not an ex-special forces operative. But what he lacks in agility and combat training, he has in brains. His life changes when the government arrests his best friend, Michael, for attending an opposition meeting. Michael’s mother accuses Freddie of betraying her son. Against all odds, Freddie must prove his innocence and save Michael from death row. The only way for Freddie to save Michael is to overthrow the government. But the government is watching him. It is watching everyone.

During his fight for freedom and survival, Freddie meets Jennifer, a self-styled tough girl. Jennifer hates Freddie at first sight. She hates fat people but she needs Freddie in her own fight for survival.

Congratulations. You are now about to enter the Twilight Zone. It is a place of mind and matter, of test and retest, of drugs you cannot name, and of unnecessary, painful procedures. It is your own personal journey through the space and time of modern medicine.

Medical Grail is the story of Robert Bascom, a young, idealistic physician who had retreated to a small mountain top village in Italy to mourn the death of his young wife. While drinking wine in his small cottage he receives a call from the administrator of a small hospital in the middle of the Arizona desert. Corruption, incompetence and malpractice are rampant in his facility, he complains, and he pleads with Bascom to return to the US and help him correct the situation.

Bascom agrees, and on his first night in town, while still suffering from jet-lag and a few too many drinks, gets an urgent call from a nurse and races to the hospital emergency room. Once in the ER he sees a physician in a white coat calmly and disinterestedly reading a newspaper at the nurses station. He turns and sees two patients in the empty ward: one is asleep on a stretcher in the corner of the room, the other, a man almost as white as the sheet covering him, is being worked on by a nurse and an EMT in a bloody uniform. He goes to the stretcher and while doing his best to save the man, asks the nurse, “Did you ask Dr. Perkins to help with this patient?”

“Yes,” she replies, “but he won’t treat Mexicans.”

Medical Grail, a fictional story based upon true events, is the tale of a doctor who has traveled with patients who have made the trip, some successfully, others less so, through the maze of modern medicine.

It will horrify you.

Nicklaus Fleischer dreamed of growing up to be a doctor.Few dreams, however, can remain pure under the shadow of the Third Reich.On his journey to become a doctor and soothe his troubled home life, Nicklaus discovers the terrible steps his nation has taken to fight a war not just on the front lines, but against its very own citizens.The government changes the value of ‘Do No Harm’, and with it, Nicklaus’s dreams to better the lives of his fellow man.

This is a fictional biography set during a grim time – a tale of life, death, love, and loss that is not for the faint of heart.

A Little Salty to Cut the Sweet: Southern Stories of Faith, Family, and Fifteen Pounds of Bacon
Sophie Hudson

There’s nothing quite like family—for good or bad. But in a world where we sometimes know more about the Kardashians than we do the people sleeping right down the hall, it’s easy to forget that walking through life with our family offers all sorts of joy wrapped up in the seemingly mundane. There’s even a little bit of sacred sitting smack-dab in the middle of the ordinary. And since time’s-a-wastin’, we need to be careful that we don’t take our people—and their stories—for granted. Whether it’s a marathon bacon-frying session, a road trip gone hysterically wrong, or a mother-in-law who makes every trip to the grocery store an adventure, author Sophie Hudson reminds us how important it is to slow down and treasure the day-to-day encounters with the people we love the most.

Written in the same witty style as Sophie’s BooMama blog, A Little Salty to Cut the Sweet is a cheerful, funny, and tender account of Sophie’s very Southern family. It’s a look into the real lives of real people—and a real, loving God right in the middle of it all.