This Monday morning seems particularly painful. I am trying to channel the power of Chuck Norris to get through the morning. I hear that he eats his meat so rare that he only eats unicorns. Thank golly I just happen to have some in the pantry. 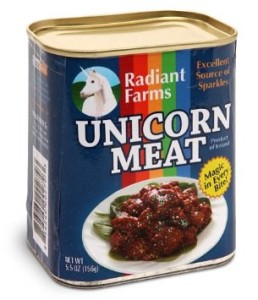 Detective Manny Williams and his partner, Sophie Lee, are called to the scene of a disturbing and gruesome murder at Lansing’s local adult playhouse, the White Kitty. The circumstances surrounding the ex-con’s murder rocket deeper into the bizarre as the forensic evidence reveals more questions than answers.

As he begins his investigation, Manny is interrupted by a phone call that shakes his world. His nemesis, serial killer Dr. Fredrick Argyle, has killed again, and sent the evidence to prove it. Argyle’s heinous actions force Manny and Sophie back to the Caribbean. All the while, the body count rises in his city.

Two serial killers. Each threatening to change his life forever. One succeeds.

Josiah Reign is a lover and a fighter. Out for a simple jog, he happens upon a young woman who needs help. So Josiah does what he does best. He takes on her attackers… all five of them, in fact. Little does Josiah know that this one act of goodwill will introduce him to a very strange world, a world of dreams… and nightmares. For this woman, Lena, is not who she seems, and her friends are the stuff of legends. Worse yet, Josiah finds himself falling for not one, but two of these deadly creatures of the night. And as Josiah suffers a devastating loss that rocks his world, he will fight for what he believes in. He will fight for his one true love. And fighting is what Josiah does best.

For Josiah Reign, life as he knows it has been forever changed. In two shorts months he went from unbeliever to the “The Chosen” – savior of the Mani people (a vampire race that has been living underground for 10,000 years). Now Josiah must learn to control his powerful new body, all while understanding his destiny… and falling deeper in love. Soon Josiah realizes that to understand his calling, he must save a young werewolf… a werewolf with incredible powers of his own. Along the way, alliances are forged and old enemies rise again. And when tragedy strikes, Josiah must make the ultimate choice… and face an evil far greater than anything he’d ever imagined.

Josiah heads for Europe to master his gifts. Along the way, he realizes that others just might know what he’s up to. He fights off enemies from all sides. Ultimately, Goshi, the blue gnome, trains Josiah and he returns back to the states. When Josiah comes back to the people he trust the most, things are not what they once were. He needs to fight for his love Lena, more than he ever has before. Two unsuspecting enemies surface and now Josiah needs to protect what is rightfully his.

Five years before Vampire Love Story. It is 2006, and Tommy is training hard before his second mixed martial arts match. On a random night he runs across a sexy, mysterious woman named Sasha. Sasha turns Tommy’s life upside down and out of control. On a chance encounter, Tommy befriends a vampire named Patrick. Both Patrick and Sasha change everything Tommy has ever known to be true.

(Includes a clickable Table of Contents.)

After being caught in a very compromising position, The Unorthodox Gentleman is forced to navigate through society without his mother’s financial support. Thanks to the unpredictability of an eccentric boss and the meddling of a deranged funeral director, hanging on to a job proves difficult. To make matters worse, his mother’s sleazy boyfriend has become the toast of the town while dominating the local lawn bowling circuit. Will distractions sabotage his goal of becoming an independent man or will he be able to become a productive member of the working class? With old friends, new enemies, and the same unquenchable thirst for provocative behavior, join The Unorthodox Gentleman on his journey of self-discovery and pursuit of redemption.

When the pope unexpectedly dies, a plot is put into play to seize the papacy. It is masterminded by a shadowy conspirator known as Irenaeus. Aided by members of Santa Muerte, a satanic brotherhood, Irenaeus is desperate to obtain a lost gospel written by one of the Three Magi which reputedly shatters the myth of the most enigmatic man in all of history – Jesus of Nazareth. Irenaeus intends to use the Evangelium Gaspar to blackmail the Vatican conclave, and he will stop at nothing to retrieve it… including the brutal abduction of a young Oxford student.

Caedmon Aisquith, Templar expert and former MI5 operative, receives an ominous ransom demand – ‘find the Evangelium Gaspar or your kidnapped daughter will be killed.’ Hurled into a dangerous labyrinth of Templar intrigues, Caedmon and his assistant, photographer Edie Miller, race against time as they attempt to solve a series of clues involving esoteric symbols and artfully encoded riddles. All the while staying one step ahead of the bloodthirsty members of Santa Muerte.

From India to the Camino de Santiago in Spain, and finally to a Merovingian church in the heart of Paris, Caedmon hunts the most explosive secret of all – a two-thousand-year-old cover-up that will forever change the course of history.

The Templar’s Secret is an epic quest that perfectly combines esoteric lore and thrilling intrigue.

Healing Honey For Beginners contains a complete and even very subtle information about honey- it’s medical, aesthetic and its beautifying benefits. The entire book deals with the different uses of honey.

This book is a complete guide for the people about honey and its several uses so that they can make the right decisions depending on their needs and stay thoroughly informed about the various benefits of honey.

Healing Honey For Beginners For Beginners encompasses every aspect of honey starting from the history of honey and humans till the delicious recipes it can be used to make. The book gives a very thorough description of the difference between honey and cane sugar. It has also successfully brought together information on the varieties of honey. For people who are unaware of the true meaning of raw honey, this book can be a great help. Furthermore, the book has complete information on the various forms of honey and which kind of honey can be used for what purpose. It has genuine description of the nutritional facts about honey along with the how to harness honey’s health benefits.

We have often used honey for several purposes but most of us are completely unaware of the plethora of benefits honey has to offer to us. This book enlightens us with the most authentic and subtle information about honey and what it can be used for.