The Beauty In It

I love this is a red barn that I pass on the way back from dropping the baby bassets off at school. We are friends with some of the family that owns it and every time we have a big storm I ask if it is still standing. There is just something so special about this barn. It is beautiful. 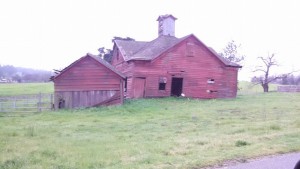 DUGAN THOUGHT SOMALI PIRATES WERE BAD NEWS. THEN IT GOT WORSE.

As Tom Dugan and Alex Kairouz, his partner and best friend, struggle to ransom their ship and crew from murderous Somali pirates, things take a turn for the worse. A US Navy contracted tanker with a full load of jet fuel is also hijacked, not by garden variety pirates, but by terrorists with links to Al Qaeda, changing the playing field completely.

With a possible link between piracy and terrorism now in play, the US and British governments order the halt of all negotiations for captive ships, and enraged pirates ratchet up the mistreatment of the captive crews. When one of their crewman is murdered in front of him on a live video feed, a frustrated Dugan takes matters into his own hands and starts his own rescue operation, only to stumble across something far more sinister — a rogue salvage operation for a long lost weapon of mass destruction. Isolated at sea on an old tanker previously destined for the ship breakers, Dugan and his hastily assembled little force of Russian mercenaries find themselves the last line of defense between the world and a terrifying bio-weapon.

Weaving historical fact with speculative fiction, Deadly Coast takes the reader from London board rooms into the very real world of modern day pirates — and their victims.

An untimely tempest transports two miserable and lost souls to England’s Abbey Wood where they stumble across each other’s paths. Lady Jane, a battered woman and accused murderess–Laird Alexander, fleeing his keep after blaming himself for the accidental death of his wife.

Both souls must heal their wounds. Both souls have reason to keep their identities hidden. This misshapen pair discovers each needs the other–though neither is willing to admit dependence.

Alexander must return to his kin and resume his laird’s mantle. Lady Jane must clear her name and find forgiveness. But before healing can begin, it is essential they learn to trust…and love.

RUN, RUN AS FAST AS YOU CAN is a spine-chilling Scandinavian mystery. It is the third book in Willow Rose’s bestselling Emma Frost series.

What if an alien fighter-jet landed in the government’s hands, intact? Its radical technology was a quantum leap forward and the key to instant air superiority, worldwide, in a time when just such a weapon was desperately needed. You would have to keep such a discovery secret at all costs, wouldn’t you?

What if the pilot spoke perfect English and turned out to be the inventor as well, but refuses to reveal even a hint to how it works. Not even the workings of a single bolt. In a time of war, how hard would any nation start to ask?

Could any nation allow such a person to freely roam their streets? Could any government take the chance that the alien would fall into the wrong hands?

When does protective custody become permanent captivity? What if it wasn’t an alien, but a twelve-year-old girl? Patent Mine continues the story where The Art of the Houdini Scientist leaves off and is in the Hummingbird Series.

The Cosmic League: Rise of the Allies
Pat Hatt

Tarsier Man was busy saving the day when Catality got in the way. The pair did not hit it off in the beginning and they found themselves no longer winning. Goliath the Tyrant landed on Earth. They found out it was a foe of worth. The pair had to run because they could not fight as one.

Zombie Man saw the two fighting about which wrong they should be righting. He then stepped in and told them what they had to do to win. Now can the three stop the alien freak? Will the three heroes be up a creek? Find out if this battle they can weather as The Cosmic League comes together.