What’s The Buzz About?

Today should be a pretty fun day. My partner in crime and I are going on a tour of a few bee and lavender farms. We are going to watch demonstrations on bee keeping and get the real lowdown on what it’s like to live with these cute fuzzy little critters. We are sticking to our timeline of having our first hive by Spring of 2016 and want to soak up as much information as possible. I will take lots of pictures and share what we learn with all of you. If I don’t get stung I will consider this day a success. 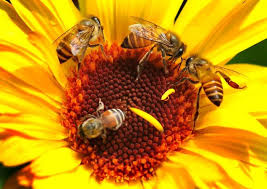 In the 1800’s, Indian tribes were forced off the plains and onto reservations. Their horses killed or left to run wild, growing into great herds. A new breed of cowboy, the Mustang Hunter was born. It was at this time that Leif Nelson, an immigrant from Norway, arrived to live with his Uncle Martin in Fort Musselshell. Leif first set eyes on the beautiful stallion while riding the lonely prairie. He witnesses him fight a grey stallion to the death for his mustang mares. He named the stallion Thor

The tale of this stallion in Montana spread as riders from all corners of the land came with their best horses. They returned defeated, covered with Musselshell dust, swearing that the white stallion could not be caught.

A Blackfoot hunting party captures Leif while he is hunting Thor. Rescued by a rancher, he falls in love with his daughter, Sarna. Later he befriends a loner, Antone Baine, who introduces Leif to his horse, Big Red.

This is a story of mustangs, love, and death. You must read this tale for the exciting finish. Even the Blackfoot braves shake their heads for what they witness and raise their lances to the sky, chanting to the Great Spirit.

Sometimes, you have to pay for your good deeds.

Steve Peretti is a prolific serial killer known as The Woodsman. For years, he’s terrorized dozens of victims throughout the Upper Midwest, without drawing attention or suspicion to himself, keeping a low profile. He’s cautious, careful, and calculated… most of the time.

But anyone can make a mistake.

One night, on the way home through Hope, Wisconsin, he stops for gas and ends up foiling a robbery. He gets injured in the process, and ends up in jail over a conceal-carry violation. While in lock-up, he taunts and is attacked by another prisoner, who blinds him.

Then he’s given a chance to have his vision restored through an experimental, advanced eye-surgery program at UW-Madison, called EyeCU. His surgery is successful, and he returns from EyeCU ready to rebuild his life with his new eyes. And that means returning to being The Woodsman.

But he begins having strange visions; vivid dreams about acts of kindness and mercy that seem foreign and terrifying to him. Worse, he finds it difficult to carry out his normal acts of evil, leaving him increasingly helpless at a time when he’s at his most vulnerable.

Evil can corrupt good, but is the reverse true? Can good disrupt the persistence of evil? If you’ve ever enjoyed movies like Eyes of Laura Mars, The Eye, or Blink, then The Woodsman is a tale that will defy your expectations, yet leave you entertained and more than a little unsettled.

“There are no more undiscovered paradises,” old hands at world travel said. “All the charming, untouched villages now have McDonald’s and strip malls.”

Art Lester wasn’t convinced.So when he and his wife stumbled into Cantilla, a white village perched high in the Sierra Nevada of southern Spain, he knew at once that he was going to ignore their advice.

There were problems. Speaking the language for one thing, as he learned when he told a roomful of peasant farmers that he was pregnant. It didn’t help, either, when exhausted by difficult travelling, the newly-arrived pilgrim accidentally peed on a neighbour’s sheep. The house they bought on the first day nearly revealed itself as a ruin too far. But these obstacles could be overcome by patience, hard work and a stubborn refusal to face the hardest questions of all.

Such as, “Now that you’ve found paradise, what do you do?”

Through The Years
Kate Hewitt

Love is found in unexpected places through the years… during the 1906 earthquake in San Francisco, on an Alberta sheep farm after the First World War, behind the glove counter of a department store in 1950s England. Enjoy five historical romances that celebrate the power of love in many different periods and places. All stories have been previously published in magazines and are written by USAToday bestselling author Kate Hewitt.

Stories in this anthology: Elegance, Finding A Way Home, Through the Storm, A New Hope, A Day Like No Other

Liz and Garret Adams’ vacation to Newport, Rhode Island aboard their sailboat, Sloopy, resulted in a heart wrenching test of their love and marriage when Garret saw the image of his first love, Rebecca, standing on the aft deck of the luxury yacht, Party Girl, at Bannister’s Wharf.Torn by his feelings for his wife and Rebecca, who had disappeared without a trace almost thirty years before, Garret rode an emotional roller coaster into the hands of the police as the primary suspect of a gruesome murder in historical Blood Alley.

Although the evidence pointed to Garret and she was convinced that their marriage was over, Liz refused to give up on the man who had been her husband, her lover, but most of all, her friend.Forgetting her own pain, she pried into Garret’s relationship with Rebecca, only to find herself lost in a maze of deceit and misplaced loyalties. Through her persistence, Liz discovered the truth that shackled the killer and set the innocent free.

Urban Survival Handbook is your comprehensive series of survival strategy tips and guides. When it comes to survival you’ll need to protect not only yourself but also property and loved ones around you. Securing and replenishing is essential to getting out alive. Make sure you know exactly how to handle any disaster situation, otherwise the results may be fatal.

Whether you are caught in the city during a major earthquake or experiencing World War 3 in your neighborhood it is always important to be prepared, not just with equipment, but with knowledge in how to execute in any dire situation.

How to properly ration perishable food in the refrigerator and store them for maximum expirationStarting a fire with anything in your houseFortifying and barricading your homeImprovising tools and weapons from looters, zombies and thievesLocating and tapping into every source of water supply possible And much, much more!

Download this book and ensure you survive your first disaster.