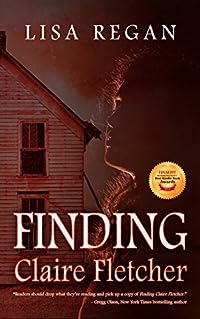 Newly divorced and with his career in jeopardy, Detective Connor Parks takes solace in the arms of a beautiful woman he meets at a bar. The next morning, Claire Fletcher is gone, leaving nothing behind but an address and a decade-old mystery. The address leads to the Fletcher family home where Claire’s siblings inform Connor that their fifteen-year-old sister was abducted from a city street ten years ago and is presumed dead. During those ten years, Claire endured the cruel torture and depravity of the man who abducted her. Paralyzed by fear and too ashamed to return to her family, Claire is resigned to her life as Lynn, the identity her abductor forced upon her. Every time she attempts escape or betrays him in the smallest way, someone dies. Even now, her clandestine run-in with Connor Parks may have put his life at risk, as well as the lives of her family. Connor is convinced that not only is Claire Fletcher alive, but that she is also the woman he met at the bar. Driven to see her again, he begins his own investigation, off the clock and without the police department’s consent. He is determined to find her and unravel the mystery of her abduction and odd reemergence. But finding Claire Fletcher proves more dangerous than he anticipates. In fact, it may be deadly. 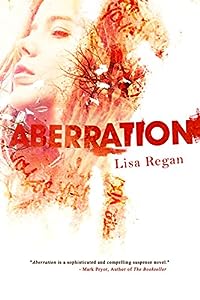 FBI analyst Kassidy Bishop is assigned to the “For You” killer’s task force after a series of sadistic murders bearing the same signature arise in different parts of the country. The homicides are both calculated and savage, occurring in different states, but bearing the same signature: the words “for you” scribbled at each crime scene. The case chills Kassidy, bringing back memories of her own encounter with a violent criminal five years earlier. Kassidy’s mentor, legendary agent Talia “The Confessor” Crossen knows the task force assignment is Kassidy’s chance to prove to her colleagues that she belongs in the Behavior Analysis Unit. For five years, other FBI agents and profilers scoffed at Kassidy’s appointment to the BAU, believing she was only offered the position in exchange for her silence about the brutal assault that almost killed her. The stakes rise when the task force links the killer’s signature to Kassidy. As more and more bodies turn up, Kassidy must delve into her past and the mysterious death of her twin sister, which holds the key to uncovering the killer’s identity. The closer Kassidy comes to finding the killer, the closer she comes to a deadly confrontation that could cost her everything — including her own life. 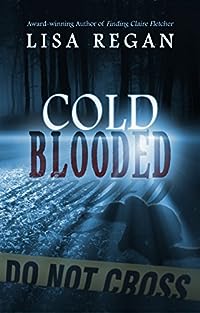 Fourteen years ago, high school track star Sydney Adams was gunned down in Philadelphia’s Fairmount Park. The investigation yielded useless clues, and the case went cold. But homicide detective Augustus Knox never gave up on finding Sydney’s killer. Now, retired from the police force and with only months to live, he enlists the help of private investigator Jocelyn Rush to clear the case once and for all. Armed with little more than a theory as to who murdered Sydney, Jocelyn tries to lure a killer into the open. But unraveling the mystery means facing off against a cunning psychopath whose ruthlessness knows no bounds. When more bodies start to pile up, Jocelyn has to decide just how far she’s willing to go to catch a cold-blooded killer.