So those books on the nightstand that made me feel smart yesterday…they have dust on them. UGH! Now I feel lazy and like a slob. Where did all that dust come from? The glasses look pretty dirty as well. Just add that to my Todo list. Erg! 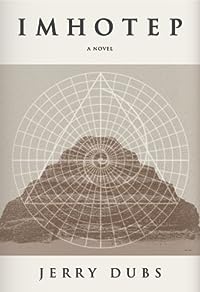 “Imhotep” is the first book in a four-novel series about the ancient Egyptian architect.

Stumbling in the dark of an unfinished tomb beneath the sands of Saqqara, American tourist Tim Hope unknowingly passes through a time portal that leads to ancient Egypt — a time before the Sphinx, before the great pyramids of Giza, and long before the loss of his beloved Addy. When he discovers that two other Americans preceded him through the time portal, Tim immerses himself in the ancient world to search for them. As he becomes more comfortable with the simpler, more immediate land, he finds himself irresistibly attracted to the delicate Meryt, a wbt-priestess for the god Re. Learning that a seven-year famine has led to a plot to overthrow King Djoser, Tim discovers that his fate, the lives of the two Americans and the future of Egypt rest in the hands of the legendary Imhotep, master architect of the Step Pyramid, renowned physician and intimate adviser to King Djoser. 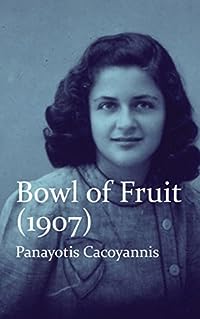 Leon’s past is a labyrinth of truths, half-truths and untruths – not one story but many different stories at once, which Leon has been trying to put behind him. But ghost-writer Anna Tor knows much more about his history than he does, and when Leon reluctantly agrees to meet her, as they begin to trace together the two converging courses of their separate lives since their birth on the same September morning in 1973, the devastating secrets of the past are revealed one by one to bind them ever closer together. 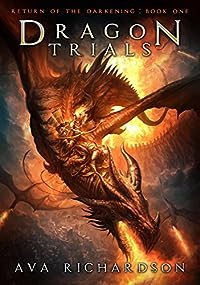 High-born Agathea Flamma intends to bring honor to her family by following in her brothers’ footsteps and taking her rightful place as a Dragon Rider. With her only other option being marriage, Thea will not accept failure. She’s not thrilled at her awkward, scruffy partner, Seb, but their dragon has chosen, and now the unlikely duo must learn to work as a team. Seventeen-year-old Sebastian has long been ashamed of his drunken father and poor upbringing, but then he’s chosen to train as a Dragon Rider at the prestigious academy. Thrust into a world where he doesn’t fit in, Seb finds a connection with his dragon that is even more powerful than he imagined. Soon, he’s doing all he can to succeed and not embarrass his new partner, Thea. When Seb hears rumors that an old danger is reemerging, he and Thea begin to investigate. Armed only with their determination and the dragon they both ride, Thea and Seb may be the only defense against the Darkening that threatens to sweep the land. Together, they will have to learn to work together to save their kingdom… or die trying. 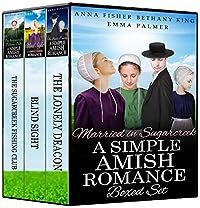 Married in Sugarcrek – A Simple Amish Romance Boxed Set – A collection of three books with three different plots, all centered around the community of Sugarcreek, Ohio.

The Lonely Deacon –  Living a loveless life was easy for Mark… until he met Miriam. 42-year-old Deacon Mark Miller was living a good but lonely life as the well-respected deacon of his Sugarcreek community. Being unmarried had always allowed him to focus on his work, and for 12 years, that had been enough. But through an unexpected turn of events, two completely different women are about to enter into his life, and for better or for worse, they will change his life forever. Experience the romance, the hard decision-making, and the life of an Amish deacon in The Lonely Deacon – A Simple Amish Romance, and find out if Mark will notice true love when he sees it, or if he’s destined to remain as the lonely deacon.

Blind Sight –  How do you move forward after an accident destroys your entire life? Four years after the accident that left Beth Price blind, she has finally been able find peace in her life. But, when Jeremy Adler, the boy who helped cause the accident returns to Sugarcreek after almost four years, Beth’s ability to forgive and move forward is put to the test. Live the romance, the heartache, and life through the eyes of a blind Amish girl in Blind Sight – A Simple Amish Romance, and find out if Beth and Jeremy are meant to be, or if the pain of the past is too much to allow them to move forward.

The Sugarcreek Fishing Club –  When you’ve been alone your entire life, how do you find love? Elizabeth Troyer is content with her life: She fishes alone, she reads alone, and she has her family to rely on. But on her 21st birthday, she’s thrust into joining a club for her rumspringa. She decides to join the Sugarcreek Fishing Club – a club filled with all boys, whose members seem bent on not letting her join, with the exception of their leader: Mark Fisher, who is drawn to Elizabeth. Can Elizabeth overcome the odds of being accepted by an all-boys club? Will her community accept her fishing alone with boys? And will anything develop between her and Mark along the way? Experience the joy of the Sugarcreek Fishing Club, and see where Elizabeth’s journey takes her! A Great Addition To Your Amish Romance Collection. Pick Up A Copy, And Enjoy It Today. 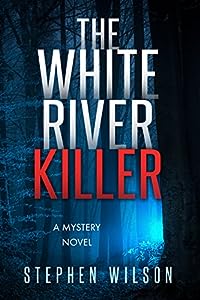 A different kind of murder mystery. John Riley Hubbard is a young farmer and part-time reporter in a small southern town. After the body of an Arab college student is found among the abandoned sharecropper homes that locals think are haunted, Hubbard reluctantly agrees to cover the story for the local paper. When he discovers there might be a surprising link from this crime to his father’s unsolved murder, he becomes obsessed with uncovering the killer’s identity. Since he was a child, Hubbard has been haunted by nightmares and suspicions that his father’s killer may be the man closest to him – his wealthy uncle. As his investigation progresses, he must face mounting threats from an unseen adversary and manage his growing attraction to Maria, a young Latino woman who might be part of the conspiracy.On top of this, he must contend with the unexpected arrival of his ten-year-old daughter who is none too happy about living in Hayslip, Arkansas. It will be a chase to the finish, and it will all end in the notorious Shanty Town.

The White River Killer is an edge of your seat murder mystery filled with suspense, dark humor and the supernatural.