In The Puppets of Washington series by Lavina Giamussa, you’ll be thrown headlong into a riveting, blitzkrieg-paced tale of murder, betrayal, and secret government agencies dealing in all sorts of deceptions, shady deals and lies. Warning – once you crack these action-packed, riveting books open, you won’t be able to put them down until you’ve read every book in the series – and even then you’ll still be hungering for more. Get even better value for money with the new Box-Sets priced at $7.99 & $8.99 instead of $12.00 you’d pay buying the books individually. 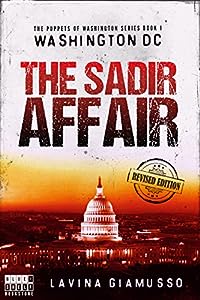 It starts with the shooting of Agent Talya Kartz, but where does it end? In the search for justice and truth, Talya must journey halfway across the world to find the man who pulled the trigger – a man who seems to be backed by sinister, all-powerful forces that have their fingers in every pie imaginable, from shady CIA-backed drug and arms deals to warehouses full of faulty armaments in Israel. And masterminding it all is a mysterious genius, known only as The Puppeteer. And as for Talya’s search for truth, a search in which she needs to enlist the aid of the Canadian Secret Service? There is no truth, not in the world in which she finds herself. Washington itself seems to be involved, as is Mossad, who is covering something up, or creating cover for someone. It appears that in this dark, shady realm of secret agents, double-crossing, betrayals and murders there are only layers upon layers of lies, deceptions and masks. To delve into the darkness of this world is to peel back the skin of everything you thought was real – and see the seething underbelly of the underground world that exists below ours. 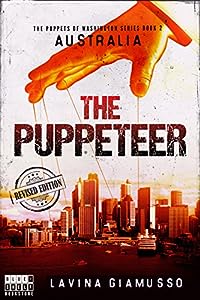 AUSTRALIA: The Puppeteer (The Puppets of Washington Book 2)
Lavina Giamusso

The race is on – and it’s not only against time, it’s against the CIA and Mossad, both of whom are after the mysterious kingpin known only as The Puppeteer. And if Talya and Samuel don’t get to The Puppeteer before the CIA and Mossad do, it will be the end for them. Everything they own – especially their lives – is at stake here. Although Talya and Samuel were officially cleared of charges of treason against the State of Israel, it seems that someone wants to see the verdict of “innocent” overturned – and this could have severe consequences for Talya and Samuel. Their only hope is to fight their way through the tangled web of lies, masks and coverups and get to The Puppeteer in time. Their peril-fraught search, and flight from sinister forces who would rather see them dead, takes them across the world, to both Australia and Europe – although this time they have allies, in the form of The Canadian Secret Service. 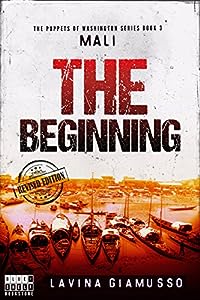 MALI: The Beginning (The Puppets of Washington Book 3)
Lavina Giamusso

Missing people, murders, mad pursuits: all the ingredients necessary for a storm of epic proportions, a storm that will whirl its insanity across international borders and become one of the most complex – and dangerous – cases that the Secret Service has ever taken on. Talya and Samuel find themselves in the south of France, but if they thought they would find any answers there, they were dead wrong – there are only more questions, more complexities, and more mysteries. Now, to try to make sense of what is happening in the present, Talya must revisit things that she was involved in in the past. Talya recounts a job she had to take on, involving the disappearance of both Savoi and $500 000 of her employer’s money. She was sent to Mali to investigate, but every time she thought she could fit a piece of the puzzle into place, it turned out to reveal yet another mystery. And those events in the past now seem to be connected to events in the present, both of which take her deeper, ever deeper, into a dark mystery. And at the center of it all? The ruthless Puppeteer, of course.

In The Beginning, the third volume of The Puppeteer of Washington series, Talya’s journey takes her to exotic and perilous locations, and has her meeting dangerous and mysterious characters, who may be allies – or who may be enemies who want her dead. As soon as you read the first few lines of The Beginning, you’ll know that this is a riveting adventure that you won’t be able to put down until the very last page has been turned. 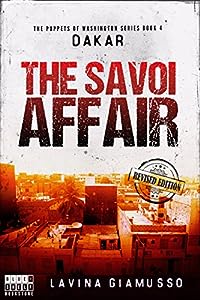 The chase is reaching its climax, and the prize is close. But with every step that Talya and Samuel take that brings them closer to solving the mysteries around Carmine, Savoi and Richard Gilman, the danger they place themselves in increases exponentially. The closer they get to uncovering the identity of The Puppeteer they get, more determined he becomes to stop them – at any cost. New controversies have been brought to light in the world of the underground; one of The Puppeteer’s first puppets, Richard Gilman, has resurfaced, after he was thought to have been killed. The Puppeteer himself, with his drug-running network, operated in conjunction with the CIA and DEA, feels a threat to his power when someone uncovers his identity by accident. He knows that his identity must be protected, and he is willing to stop at nothing to do this. The question now is, with such a deluge of darkness and power stacked against them, can Talya and Samuel safely reach Ottawa to tell the CSIS what they have discovered?

In this, the fourth installment of The Puppeteer of Washington series, you’ll be taken on a careening ride of heart-stopping twists and thrilling revelations as Talya and Samuel fight their way through The Puppeteer’s web of lies and deceit. An unputdownable blend of excitement, suspense, mystery and action make The Savoi Affair an absolute must-read. 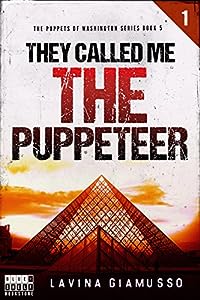 Every story has two sides, and now The Puppeteer is ready to tell it from his side. His fingers are dextrous and skilled, and the strings that he can pull to control his puppets seem almost limitless in number. Is there any way to beat an adversary this cunning, this ruthless, this determined? An agent called Talya has started to come close, so The Puppeteer has to act. The Puppeteer has been watching Talya closely, and he knows how close she has been getting to revealing his identity. He can’t let that happen, so he sends her a chilling message by having her lawyer killed in front of her in Dakar. Fearing for her life she returns home, only to discover that she has been thrust into a game, without her consent – a deadly game. With the CIA and CSIS involved in their own plays of power in the murky underworld of covert drug and arms deals, The Puppeteer needs to move his hands in all sorts of cunning and dextrous movements to maintain control of the game. 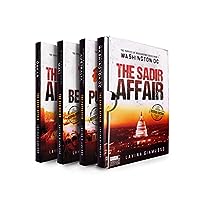 From the deceptively staid halls of the capitol to the most exotic parts of the world, a complex conspiracy that redefines international intrigue unfolds in The Puppets of Washington series.

BOOK 1 – WASHINGTON DC: The Sadir Affair – An agent shot by an assassin.Another on the run and accused of the attack. A CIA cover-up to hide a failed operation that floods the U.S. with illegal drugs and moves faulty armaments to Israeli troops in the Gaza strip. And manipulating everything from the shadows is the enigmatic figure known only as the Puppeteer.

BOOK 2 – AUSTRALIA: The Puppeteer – Two years ago, agents Talya Kartz and Samuel Meshullam were accused of crimes against the Israeli government. Though cleared of wrongdoing in the United States, they still need to find out who set them up and why. Unable to rely on their own, they find help with the Canadian Secret Service and begin a worldwide chase that begins in Australia to locate the dangerous individual known only as the Puppeteer.

BOOK 3 – MALI: The Beginning – Three years ago, a Carmine Resources agent vanished with half a million dollars while on assignment in Mali. New agent Talya Kartz was sent to investigate, and quickly discovered that the simple missing person case was ballooning into a deadlygame of cat and mouse. Framed for a murder and few allies to trust, the only way out may require the help of a Prince.

BOOK 4 – DAKAR: The Savoi Affair – The accidental revelation of the Puppeteer’s identity only escalates the international crisis unfolding in Dakar. Agents Talya Kartz and Samuel Meshullam are racing against time to solve their ever-growing list of mysteries, all tied together with tenuous links to the Puppeteer. In order to bring the Puppeteer to justice and save themselves, they need to get to Ottawa before their enemies can stop them. 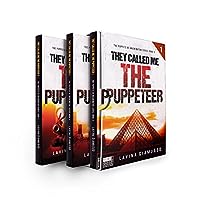 From the deceptively staid halls of the capitol to the most exotic parts of the world, a complex conspiracy that redefines international intrigue unfolds in The Puppets of Washington series.

BOOK 1 – They called me THE PUPPETEER 1 – Both the CIA and CSIS want Tayla Kartz to play the bait in adangerous trap to capture the Puppeteer once and for all. But both Tayla and the Puppeteer have their own plans, and the beginning of the end game as The Puppets of Washington series spirals toward its explosive conclusion.

BOOK 2 – They called me THE PUPPETEER 2 – Tayla Kartz is running low: low on options, low on allies, and low on trust. Having barely survived a botched mission to capture an international drug lord, Tayla has to get out of the U.S. before the conspirators silence her once and for all. But before she can escape the country, she has to escape the ghosts of her own past.

BOOK 3 – They called me THE PUPPETEER 3 – The heart-pounding conclusion to The Puppets of Washington series leads Tayla Kartz to the Hotel de Crillonin Paris where she hopes to find the answers she needs to save her life.Meanwhile, the Puppeteer is looking for the final pieces of the puzzle to complete his criminal masterpiece; an intricate international plot that could launch a war.