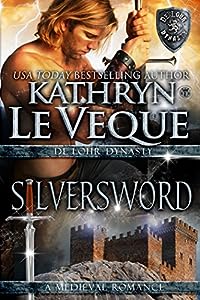 1266 A.D. – Chadwick “Chad” de Lohr, son of Daniel de Lohr is a hero at the Battle of Evesham. Saving the hostage Henry III from Simon de Montfort, he is riding high on a wave of royal praise at the conclusion of the battle. But that favor with the king his short-lived. Henry, once again in power after the death of de Montfort, is determined to rid his country of the de Montfort-supporting rebels once and for all. This includes a campaign of harassment against the nobles who supported de Montfort through the years, namely, the House of de Shera. The House of the de Lohr and the House of de Shera are linked by blood, and when Henry orders that a de Shera heiress be removed from Rochester Abbey and placed in Henry’s custody as a hostage to ensure the House of de Shera behavior, Chad races to Rochester to remove his distant cousin from the abbey before Henry can take her hostage. Chad’s noble act to save Alessandria de Shera is the first step in a chain of events that sees the House of de Lohr increasingly turned against the king. Determined to take Alessandria back to Cheshire where she will be protected by her warlord brother, it’s a race through England as Chad and Alessandria stay one step ahead of Henry’s men in their pursuit to capture her. Aided by Davyss de Winter and Bose de Moray, the journey of Chad and Alessandria takes them through life, death, great hardship, fear, and finally passion beyond what they could have ever imagined… 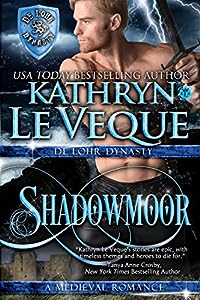 1236 A.D. – Daniel de Lohr, son of David de Lohr, is a highly trained knight of the highest order from one of the finest families in England. But he is also a wanderer, a gypsy, who prefers to travel rather than be tied down to one castle, one lord, or even one woman.But Daniel’s wandering ways come to a stop when he comes across a young boy running for his life across the Yorkshire moors. In that instant, Daniel’s life changes forever. Saving the child from the man who is chasing him, Daniel returns the boy home. The child’s home is a fortress known as SHADOWMOOR, a desolate and derelict place harboring a cavalcade of dark and tragic secrets. Among those secrets, the once-proud Saxon fortress is now forced into poverty by a local lord who covets both the castle and the young boy’s sister. When Daniel first lays his eyes upon Lady Liselotte l’Audacieux, he immediately understands the wicked lord’s obsession. A tall woman with hair the color of bronze, Liselotte is a fine beauty. But she is trapped in a terrible situation. As Daniel comes to know her and understand her strife, he vows to help the woman and her family fight off the wicked lord. But his determination does not come without a price; the once-wandering knight is now a champion for the persecuted of Shadowmoor and his admiration for Liselotte quickly turns to love. He is tied to her whether or not he wants to be, and the coming battle, and the odds against him, are staggering…