A Dark Thriller By C Marten-Zerf

If you are looking for a gritty, hard hitting thriller than look no farther than author C Marten-Zerf. His books are gripping action thrillers – fierce and uncompromising with remarkable characters and real emotional punches. C. Marten-Zerf raises the bar on how good intelligent Fast Paced Action Books can be.Enjoy! 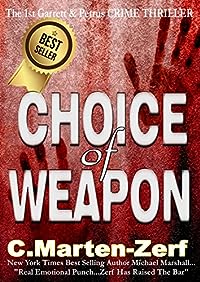 Sister Manon is in trouble. Children at her orphanage have gone missing and no one will believe her. So she calls on the one person who she can rely on. Garrett – a man who has eschewed the ways of war and now lives alone in the Scottish Highlands. A man bathed in the shadows of darkest violence. Because in her fight against evil… Garrett will be her ultimate Choice of Weapon. 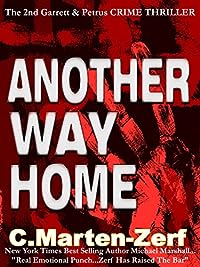 Someone has kidnapped Petrus’ nephew, Freedom Mabena. Petrus calls on his friend Garrett to return to Africa to do what he does best. Together, the two friends set out to rescue Freedom and to exact retribution on all involved. But the depth of deceit, betrayal and corruption go deeper than they had ever expected. Once again they are pitted against overwhelming odds – but they won’t stop. Because this time, they are fighting for Freedom. 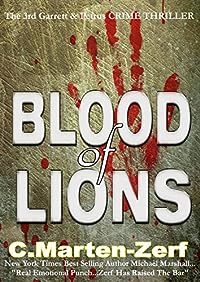 A syndicate of Rhino poachers have brought harm to one of Petrus’ family. Now they will pay the price. He calls on Garrett, and together they embark on a mission of revenge. But this time they may have gone a step too far. In a story that spans the continents from Africa to Asia the two friends take on the Russian mafia, the Chinese Triads, the Zimbabwean police and the Chinese People’s Army. Because somebody has to make a stand. 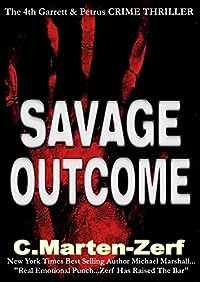 Petrus has travelled from Africa to Scotland to holiday with Garrett. Together, they stumble across a plot that could threaten the lives of hundreds of thousands of innocent people. This time the two friends may be out of their depth as they come up against an enemy that is far more sophisticated than any they have fought before. Can Garrett and Petrus take on the might of the British establishment and win? In a conflict that moves from the savageness of the Scottish Highlands to the claustrophobic streets of inner city London, Garrett and Petrus do battle with rogue elements of the SAS, The London Police, international assassins and the megalomaniacal politician in charge. This time they are fighting for their lives. 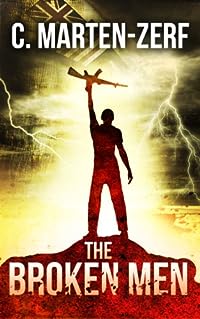 Can one man bring an end to three generations of war by sacrificing himself and everything that is precious to him? An honest and brutal depiction of the South African Apartheid war and how it strode across the boundaries of Europe, Africa and America, tearing apart the hearts and minds of all who were involved in it.