Masked By The Darkness

Intriguing and unique, author Peg Herring’s novels are filled with suspense and mystery that will have you thinking about the characters long after the last page. Great plots, engaging characters, strong locale, and perfect pacing, make this collection the perfect evening reads. Enjoy! 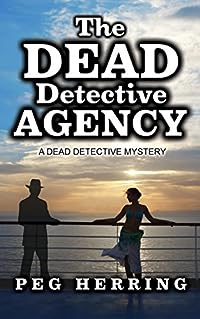 Tori Van Camp wakes one morning on a luxurious ocean liner where she’s offered whatever a person might desire: food, clothes, recreation, and the companionship of congenial people. But Tori has no memory of booking a cruise. What she does have is a vivid recollection of being shot point blank in the chest. With the help of the stunningly handsome Mike and the unnervingly serene Nancy, Tori soon learns the purpose of her voyage. Still, she’s haunted by the image of the gun, the crack of the shot, and the malevolent face of the shooter. Who wanted the young personal secretary dead, and why? Determined to find out, Tori enlists the help of Seamus, an eccentric but shrewd detective. Together they leave the Afterlife and embark on an investigation unlike anything Tori ever thought possible. Death is all around, the future is uncertain, and if Tori doesn’t act quickly, two people she cares about in Grand Rapids, Michigan, are prime candidates for murder. First in the Dead Detective Series of paranormal mysteries 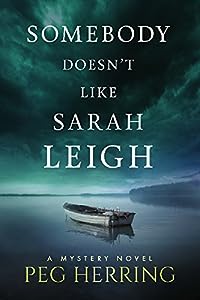 When a long-time friendship dies, does murder follow? Decades past junior high in a small, northern Michigan town, Caroline Batzer is snubbed by her best friend. At first confused, she’s later stunned to learn Sarah Leigh betrayed her in a way she’d never have suspected. In an all-too-public setting, Caroline airs her anger at the woman everyone else in town considers saintly. When Sarah disappears soon afterward, it looks like Caroline murdered her. Desperately she tries to figure out who else could have done it — Sarah’s philandering husband? Her useless son? Caroline’s nightmare is just beginning, because those responsible for what happened to Sarah come after her, and they won’t stop at just one murder.

SOMEBODY DOESN’T LIKE SARAH LEIGH is a cozy Michigan mystery about the disintegration of a friendship between two women with an intriguing murder mystery that involves the historic Bay View community near Petoskey.

Excerpt:  Darkness masked the face of the terrified woman beside me, but her labored breathing matched my own. Stumbling blindly through the dark woods, we ran into tree trunks and tripped over mounds, each of us occasionally gasping from pain at the lash of a branch across the face or stubbing a toe on an unseen rock or root. I sensed her waning spirit and flagging energy. I was not much better off. And why should I care if she fell behind? We had to stop running soon. For one thing, we had pushed ourselves farther than I would have thought possible for two women in the fifth decade of life. In addition, our hippo-like crashing through the woods made so much noise that our flight had to be easy for pursuers to track. And worst of all, we had no idea where we were going. We could end up circling back to the very people we now sought desperately to avoid. Suddenly my path was blocked, and I stopped, breath rasping in my chest. A tree lay before me, broken off halfway up, probably by lightning. Its jagged trunk pointed into the sky, but its branches swept the ground, held in place by a splinter of raw white wood that caught what little moonlight there was. My companion blundered into my back, unaware that I had stopped. Her push sent me forward a step, and I stumbled into the still-springy jumble of branches. As I caught my balance, my foot felt the edge of a depression. I thumbed the flashlight on for the briefest moment, beam angled downward. The ruined treetop hung over a gully, and the thick layers of dying branches hid an empty space beneath. My belabored brain grasped at an idea. The safety we might find there was better than nothing. How had this happened to me, middle-aged Caroline Batzer, the Bilbo Baggins of Aldridge, Michigan? The fact that I was hiding from murderers, desperate men who intended that I breathe my last before this night was over, was because of a woman who had once been such a close friend that I could never have imagined she would turn on me. Because of her, I had suffered confusion and stress, told the biggest lie of my life, was suspect in a mysterious disappearance, and was now a candidate for murder victim. I had a long time to think about the situation as we sat petrified, our legs cramping in that dank almost-grave. What had I done to deserve this? Until two years ago, I had been Sarah Elizabeth Leigh’s best friend. 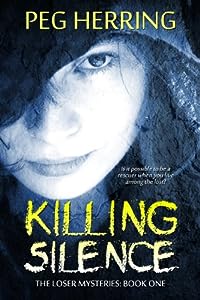 Is it possible to be a rescuer when you live among the lost?

Killing Silence, the first of The Loser Mysteries, presents a unique protagonist: Loser, who sleeps on the streets of Richmond, Virginia, washes up in gas station bathrooms, eats when an opportunity comes along, and spends her waking hours in front of the local drug store, watching the world pass by and speaking less than thirty words per day. When there’s a murder, and Loser finds herself in the company of the prime suspect, can she pull herself out of her own pain to help catch the real a killer? Her investigation is hampered by her inability to hold a normal conversation and her inner demons. Why should anyone believe her anyway? She is Loser, a nobody. The freak who rarely speaks. Every street person has a story, and Loser is no different. Her past haunts her present. Besides, Loser has good reason to avoid the police… and it goes way beyond loitering. 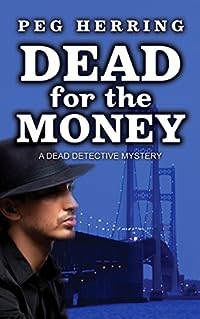 Dead for the Money
Peg Herring

THIS IS A NEW EDITION OF THIS PARANORMAL MYSTERY, FIRST PUBLISHED IN 2012, WHEN IT WON BEST MYSTERY OF THE YEAR FROM EPIC

When Dead Detective Seamus is asked to investigate the death of wealthy businessman William Dunbar, he is more than willing. Seamus finds the Afterlife pleasant but a little boring, and he looks forward to chances to return to Life and find out for murder victims why they died and who is responsible. This time there’s an additional request: Will he take a detective-in-training along? Reluctantly he agrees to meet Mildred, who seems charming if a little headstrong. They agree to work the case together, with Seamus in full command. Suspects for Dunbar’s possible murder include the man’s family and staff, notably his beloved grandson Bud, who was with him when he fell from a bluff overlooking Lake Michigan. There’s chemistry between Bud and Scarlet, an employee in the household, and Seamus wonders why they work so hard to keep it hidden. To Seamus’ disgust, Mildred insists she must stop investigating and concentrate on Dunbar’s adopted granddaughter. Brodie, a problem child devastated by the death of her beloved “Gramps,” feels that no one on earth cares about her now, and Mildred insists her support is required to convince Brodie to go on. Seamus is disgusted, both with Millie’s disregard for the rules of non-interference with the living and with himself for ignoring his instincts about her. If his disembodied spirit had the capability, he’d kick himself for agreeing to bring her along. Despite Mildred’s shenanigans, which create both humor and trouble, Seamus continues the investigation. Events soon spin out of control. A kidnapping leads to a desperate chase toward the Straits of Mackinac, where Brody and Bud find themselves in peril on the Mackinac Bridge. Will Mildred become a lost soul? Will Brodie find the will to survive? Can Seamus help his host defeat the killer, or does his presence make things worse? Nothing is certain except the dire possibility that more innocent people will end up Dead for the Money. 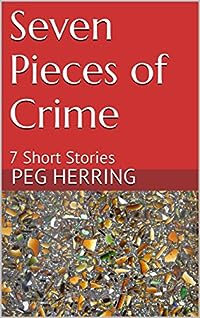 Mystery short stories, most published in other venues but never collected in one place before. A Christmas setting, a teacher who gets a chance to help a former student, a private eye collection from the past, it’s all here for your entertainment.