Pulling you in from the very first page, the Assassin’s Blade series by author Justin DePaoli, is a gritty, action packed read that is unputdownable once you start. DePaoli has created am intriguing plot with an anti hero whose lively voice keeps the pages turning and is good for a few laugh as well. Enjoy! 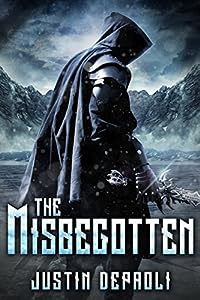 They were supposed to have been hunted to extinction. But sometimes death is a myth. Astul, assassin by day and purveyor of secrets at night, has agreed to hunt down a king slayer. Somewhat for the money, a little for the ego, and a bit for the adventure… but mostly for the money. There’s just one problem. The king slayer’s trail leads to a cache of disturbing secrets involving insane kings, mad queens and kingdoms suddenly poised for a war to end all wars. People seem to be losing their minds. Or rather, forfeiting them. Something harrowing lingers and lurks in the world of Mizridahl. And only an infamous assassin with a woeful reputation is aware. Conjurers have returned. 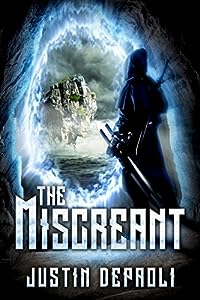 There is a realm the living were never supposed to visit and the dead were never supposed to leave. The rules have changed. Astul, an infamous assassin with a woeful reputation, finds his brother’s corpse curiously absent from its tomb. This amid accusations that grave robbers are terrorizing the world of Mizridahl. But Astul soon discovers the cadavers aren’t being robbed. They’re being gathered. Harvested. A dreadful enigma creeps into Mizridahl, with the might of an army that was never supposed to see the living realm again. Astul lost nearly everything dear to him when conjurers swept across his world four months ago. Now he stands to lose the rest. Conjurers were the beginning. This is the end. 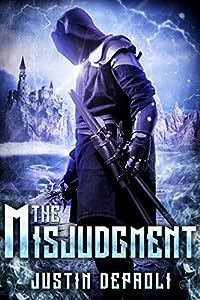 Gods are real, and it’s time for them to die. Astul, an infamous assassin with a woeful reputation, never believed in gods. As luck would have it, they’re quite real. And if they have their way, Astul will be quite dead. A civil war is brewing between the celestial powers. And all of life hangs in the balance. If victory falls into the wrong hands, creation will begin anew. There’s only one way to guarantee that doesn’t happen, and it involves the assassination of a lifetime. Gods will die. Or else life will expire.