I have been on a diet now for 25 days. I know this because there are 25 scratches on the wall that I made with my fingernail. No not really, but it’s how I feel about it. I usually am pretty good about starting diets, but rarely get past 5 days. Starting diets is kinda my thing, but sticking to it is a bit out of character for me. I honestly don’t know what to do here. Usually you stay on a diet until you reach your goal, but I honestly don’t think I can hold out until I reach my goal of being 29 again. Unless anyone has a time machine. That would be awesome if you could let me borrow it for a minute or two. 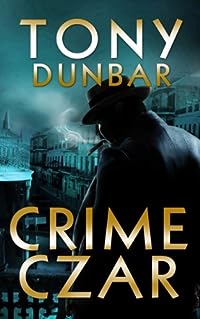 The FIFTH funny, offbeat, and surprising legal thriller in the Tubby Dubonnet series.

CORRUPTION, MURDER, AND A REALLY GREAT PO’BOY… “Take one cup of Raymond Chandler, one cup of Tennessee Williams, add a quart of salty humor, and you will get… Dunbar’s crazy mixture of crime and offbeat comedy.” -The Baltimore Sun

A New Orleans lawyer who’d rather eat, drink, and swap stories than get caught in court, Tubby Dubonnet can’t forget the last words that escaped an old friend’s lips, and he can’t get out of the way of a political campaign that’s turning rough. Obsessed with the idea that a shadowy crime boss may be pulling the strings that have cost good people their lives, Tubby is entering into a test of courage with the most violent men in New Orleans. And if that weren’t dangerous enough, he’s just picked up the worst ally he could ever find: a beautiful prostitute gunning for revenge. A funny-hard-boiled mystery with as many laughs as chills. 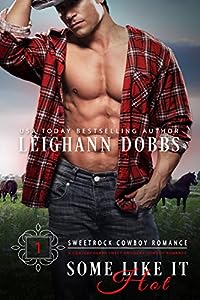 Some Like It Hot (Sweetrock Cowboy Romance Book 1)
Leighann Dobbs

Nick Bradford is banking everything on winning the Sweetrock chili contest. He needs the grand prize money to save the restaurant that has been in his family for three generations. Nick’s chili is known to be the best in the county, so this hometown cooking cowboy figures he’s got the contest tied up… until city slicker chef Sam Dunn shows up and tries to steal the win right out from under him. Nick’s not going to let that happen, even if she is prettier than a Montana sunset. Sam Dunn has moved around her whole life. She longs to put down roots in Boston and establish herself as a top notch chef… until she loses her job and her apartment. When her best friend from college tells her about the local chili contest with the lucrative prize money, Sam sees a way to get some seed money to start a restaurant of her own. She can’t get distracted by hunky cowboy Nick Bradford, even if he is hotter than a jalapeño pepper. Besides, she’s not staying on Montana, and short term flings aren’t her thing. But the chili isn’t the only thing heating up in Sweetrock, and soon Nick realizes there might be more to lose than the prize money-he could also lose his heart. Can he come up with a way to save the restaurant and show Sam what ‘home’ really means? 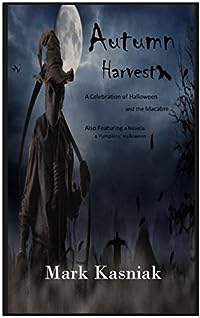 Autumn Harvest: A celebration of Halloween and the Macabre…
Mark Kasniak

Autumn Harvest: A Celebration of Halloween and the Macabre… brings together all the fun things that may have scared you as a kid about Halloween while taking those stories a step further by adding a new dimension that will horrify and sicken you as an adult. In this creepy and dark humored anthology consisting of a dozen or so short-fiction pieces and the Novella, “A Pumpkins’ Halloween” you will be catapulted back into the world you remember as a child where ghost, vampires, zombies, all kinds of boogeymen were real. You will also experience a new form of terror as an adult in reading these stories because many of the villains that these tales encompass could be easily pulled right out of the headlines. Such stories in this book include:

The Express: Four friends go on a camping trip near the site of an old train wreck and get more than they’ve bargained for.

Damnedborough Radio 104.1 am: Rick addicted to collecting junk brings home a radio that broadcasts the voice of a demon.

Exit 34: A women recounts the experience of a time when she was young and on vacation with her family when they stopped off at a restaurant where you might end up on the menu.

A Halloween Story: A man at the end of his rope experiences a drunken Halloween.

Cold Mutton Soup: Mike and Jim discover resurrecting the dead may not be all that they thought it would be.

Glenn and Death: Loser in life, Glenn Oliver, finds himself accompanied by the grim reaper to a party in the afterlife that Glenn may not be ready for.

A Pumpkins’ Halloween: A novella which focuses on five jack-o-lanterns taking turns telling scary stories on Halloween as they watch passerby trick-or-treaters shuffle past them on their fun-filled evening.

And, many more stories… thirteen in all. WARNING: THIS IS NOT A CHILDREN’S BOOK. IT HAS A ADULT THEMES, LANGUAGE, AND SITUATIONS 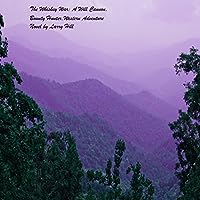 Scarlett Vital, the beautiful woman Will saved from the Irish Gang in Las Vegas, New Mexico, is having trouble with a gang of outlaws at her whiskey distillery in Tennessee. Will rides the rails to Tennessee to fight the crooked Yankee carpetbaggers and their outlaw gang. Blackman was a Yankee officer in the war and Will hopes he has found the gang of outlaws that killed his family in Virginia several years ago. 15 Simple Cast Iron Skillet Meals That Will Blow Your Taste Buds Away! These skillet recipes are sure to leave you wanting more. That’s why you make enough for leftovers! If you get this cookbook you will learn new delicious recipes and increase your culinary pallet! These meals are all cooked in your skillet. That means no obnoxious clean up after you’ve prepared your meal, just clean off your skillet! This leaves you with more time for all of the other important things in your life. Best of all, you can have all of these incredible recipes in the kitchen with you on your e-reader so you don’t have to flip back and forth in some giant paperback cookbook! In fact, most of the recipes will fit onto just one page of your e-reader