I read a little article (Let’s be honest. It was a Facebook post. I get all my facts and news from Facebook) that said the humpback whale population is bouncing back. I had to re-read that sentence. Yup, humpback whales are making a comeback. I was a little confused. I had just read about something positive. Good news is such a rare thing that I doubted I had read it correctly. Yet there it was, a very positive thought on my newsfeed. It was at that point that I turned off my computer and walked away. I decided to end it on a good note for once. 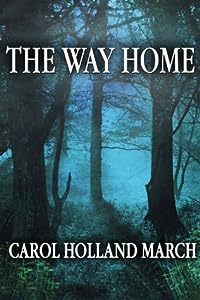 A collection of visionary stories about finding your true home.Lost souls search for what is missing and the clues they follow peek from beyond the veil. Whether they are chased by skeletons, stalked by telepathic wolves, or waiting for a mythical bird to appear, they see more than meets the eye. A metaphysical treat for those who like their stories off the beaten path, their fantasy balanced on the edge of reality.

Two lovers cling to each other in the ruins of their world. Only “The Call of the Benu” can save them, but will she come in time?

In “Desert Song”, a young woman embarks on a road trip where she is chased by a ghostly skeleton and faces buried memories so she can open to herself to love.

A thoroughly urban poet searches for home in the desert she has always feared and follows a wolf to meet her destiny in “The Conversation.”

A young man acquires a contingent of ghosts who follow him from Maine to Oregon, and a young woman learns her destiny from a dream encounter with a Ghost-Messenger.

A volcano threatens the Valley of the Caheya and a priestess sets out to recover the stolen crystal that can save her people. But facing the demon and the venomous black sea that guard the crystal is just the beginning. Mata must confront her ancient past and her desire for revenge if she is to save the Caheya from extinction. The Way Home is a journey into the past to save the future as Mata seeks redemption from an unlikely source. 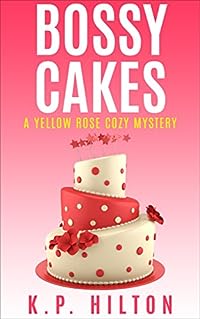 A working vacation, a handsome millionaire chef, and trouble in paradise…

Betty Hitchens and daughter Brianna are on their way to Tampa, Florida to pick up some baking tips from famous cooking personality Johnny Dunbar. Though the hotel her travel agent booked her in isn’t exactly four star, a fun trio of seminar attendees make up for the lack of comfort amenities. Unfortunately, Brianna gets in over her head with one of the locals at a popular night spot. The next morning, she can’t remember what happened and the police think she may be tied to a murder that happened the previous evening. Find out what happens when Betty tries piecing together what happened to her daughter between rounds of fending off a would-be suitor. 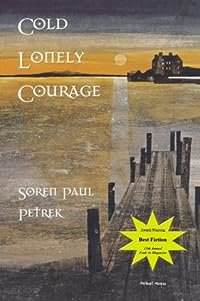 Madeleine Toche races to the front only to find her brother mortally wounded during the German Blitzkrieg attack on France at the outset of World War II. His death and her rape at the hands of an SS Stormtrooper cast Madeleine down a path of death and violence as her desire for revenge reaches a crescendo.

About the Author: Soren Paul Petrek is a practicing trial attorney with a passion for studying World War II. He lived in France and England listening to people’s stories of sacrifice and struggle during the darkest periods of the war. Soren’s Debut novel, Cold Lonely Courage was inspired by the true story of a young Belgian woman who helped countless Jewish children escape from the terrors of the Nazi regime. 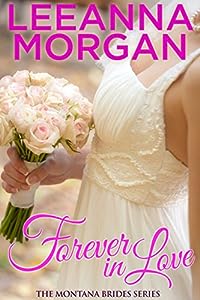 A baby. A man. A secret. Amy Sullivan’s life might have been lonely but it was safe, until she found a baby on her doorstep. With her alcoholic mother gone, and a five-month-old sister to look after, Amy has no choice but to give her sister what she never had – a family – and that means moving back to Montana and the only man she’s ever loved. Nathan Gray’s life has turned upside down and the last person he wants to see is Amy Sullivan. Nine years earlier she left him faster than a howling nor’wester and now, burned and broken after a barn fire, he has even more reason to keep his distance. Only this time fate and a meddling family have other ideas and their lives are about to come crashing down. Right on top of each other. 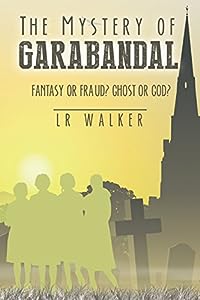 The Mystery of Garabandal: Fantasy or Fraud? Ghost or God?
LR Walker

Fifty years ago, four young girls in a small Spanish village began falling into rigid trances, marching backward up hills, and levitating, seemingly, inches above the ground. Eyes fixed on a mysterious point in the air, they were mesmerized by something which was invisible to everyone else. What the girls said they saw–and heard–sent shock waves that are still reverberating today. The messages the four girls claimed to receive revealed a picture of a Catholic church in crisis and a world that faced an earth-shattering future that would unfold in their lifetime. The girls’ pronouncements about coming trouble in the church and world were met with fierce skepticism from the first. Some charged the girls with being possessed by demons (based on the girls’ strange physical poses and apparent levitation), and others claimed the girls were putting on an act (revealing their true colors when they chose ordinary married lives instead of the convent). There was also a third body of critics: those who believed that a group of girls on the cusp of adolescence in a remote and insular society conjured up a psychodrama which, fueled by the spotlight and mounting frenzy, gained a frightening life of its own. There was one other possibility–that the strange events in Garabandal, Spain actually did occur, and the girls received an apocalyptic warning for both the church and the modern world. The warning to the world included a prediction that a newly militant Russia would rise again. The prophecies of Garabandal also foretell a World-Wide Warning and a Global Miracle, whose purpose is to convince a world reeling from one catastrophe to the next that God exists. But the Warning and Miracle, dramatic as they sound, are not even the most unsettling of the messages. One night, the young girls dissolved into screams. During this so-called “Night of the Screams,” the girls say they were shown a tragic chastisement that would befall the entire world if the Warning and Miracle failed to trigger global change. As disquieting as those messages were, the most shocking message at Garabandal was for the hierarchy of the Roman Catholic Church. Why were the messages of Garabandal so effectively suppressed? Did it have to do with the fact that the messages presciently warned of coming scandal and turmoil in the Roman Catholic Church itself? Did a portal open between worlds on a Spanish mountaintop in that summer of 1961? And if so, who opened the door–an angel of God or an angel of darkness? Did a young girl’s flight of fancy one summer night spin wildly out of control? Or was it a visitation from God? Now that the “girls” at the center of this drama are 60-year-old women, should their claims be discredited or re-examined? Are the apparitions bogus or fast-approaching their fulfillment? If the events are false, Garabandal is a fascinating and perhaps tragic human interest story with several explanations. If the events and warnings are true–then what do we do? By the end of this book, readers can judge whether the visions of four young seers on a mountaintop in Spain were historical fact, a devilish fraud, or the creative confusion of four girls who would spend the rest of their lives trying to escape a human tragicomedy that they themselves had produced.