In A Time Long Gone By

Donald L. Robertson is a writer of novels and short stories about the American West. As a youngster, he shared his passion of reading westerns, with one of his loving aunts who had a huge library of western novels. This is where he came to love Louis L’Amour and other western authors. Evidence of these influences appear throughout Robertson’s novels, assuring that they are wholesome and adventurous, filled with action and good values which can be enjoyed by any member of the family. Because of suspense and conflict, as well as polished character development, his books are hard to put down. Enjoy! 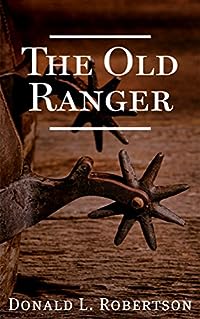 THIS IS A SHORT STORY. Chuck Nielson hung up his six shooter and retired from the Texas Rangers ten years ago, at one time the fastest draw west of the Mississippi. He loves two things, his wife and his ranch. Now the Sunset Kid is in town. He’s killed seven men — all seven died with the sun in their eyes. Chuck is number eight and the Kid has sent word for him to be in the town street at sunset. If Chuck meets the Kid, he risks everything; if he stays home he loses his self-respect, and the Kid goes on killing. 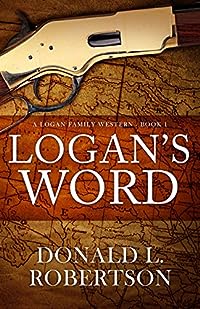 As Rory lay dying after the battle of Cedar Creek in the Shenandoah Valley, Captain Josh Logan gave his word to his best friend, Lieutenant Rory Nance. Now, two years later, deep in the Comancheria, Josh Logan rides to fulfill his dying friend’s request. As he rides through the rolling, West Texas hills, blood-thirsty Comanches could wait in the next ravine or around the next hill. Yet, he is determined to fulfill his promise. His message delivered, he must make a decision that could cost him his life. Will Josh stay and help Rory’s father save his ranch from sharp-shooters, murderers, and land-grabbers, or continue to Colorado to join his brother Callum before the snow flies?

Logan’s Word, Logan Family Western Series Book One, is a fast-paced, action-packed Western in the tradition of the great Western writer, Louis L’Amour. 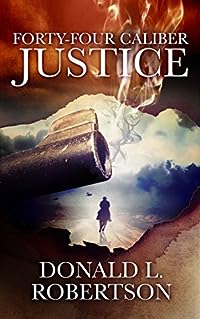 A classic Western tale of good versus evil and justice versus vengeance, set in the hostile environs of 1873 Texas. In this compelling adventure, Clay Barlow’s idyllic way-of-life, in the Texas Hill Country, is shattered when he returns home to find his family savagely murdered. Clay must find the strength to grow beyond his seventeen years. After burying his loved ones, his search for justice takes him to the Rio Bravo and into Mexico. On his quest, he’ll face death, find love, and strive to conquer his youth and inexperience. Will he live long enough to learn? Is he prepared to take a life? Did his retired, deputy sheriff father teach him enough to survive against experienced killers? Ride with Clay Barlow. Experience his fears, his failures, and his successes, as he seeks to bring the killers of his family to justice, and become a man, along the way.

Forty-Four Caliber Justice is a fast-paced, guns-blazing, white-knuckle Western you will find impossible to put down. 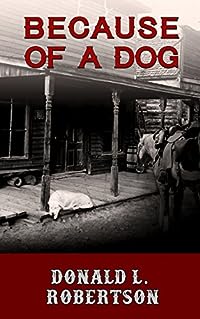 Because of a Dog: A Western Short Story
Donald L. Robertson

This is a short story. Nolan Parker rides into Mustang City looking for grazing land of his own. With money in his pocket, he’s in town to buy a ranch.Then he saves a boy’s dog from a killer. Now he finds himself embroiled in the beginnings of a range war, battling the hired gunmen of a ruthless rancher. He must make a decision. Stay and fight, or cut and run.

Because of a Dog, is a drama of honor, love, hate, and death — a stirring tale of the old west that will keep you engrossed to the very end.