In Just One Minute

The Anathema series by Olivia Rising, adds novel twists to the Urban Fantasy and Superhero genres and was selected by the Bibliosanctum blog as a semifinalist in Mark Lawrence’s SPFBO 2016 competition! Enjoy! 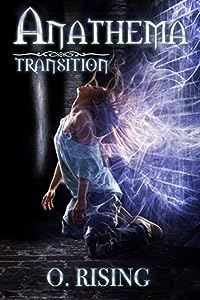 Two years ago, The Pulse — a sudden shift in Earth’s electromagnetic field — caused a global blackout and wiped a minute from mankind’s collective memory. This event introduced superhuman powers to our world and changed everything as we knew it. Now two young women are caught in the chaos of a changing world: Christina Chung, an antisocial misfit whose force fields are fueled by the social bonds she broke during the event of her transition. Former coke addict Sarina Baumann, whose reality-altering power forces her to abandon everything she holds dear. The girls find themselves entangled with the renegade hero Radiant and the authorities that made him. The three must find a way — and a place — to be the heroes they’re destined to become. But sometimes, even the heroes fall… 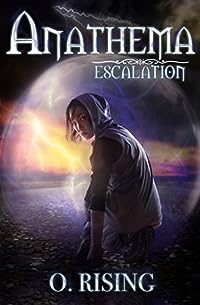 One week after Shanti’s death, the world hasn’t recovered from the chaos and outrage that ensued in the aftermath of her assassination. The international community is in shambles. Hundreds of thousands cry out in protest, demanding justice and answers to the power surge crisis. Meanwhile, Chris and the other Wardens embark on a quest to track a powered serial killer in the far North. Their discovery triggers a chain reaction that escalates beyond the scope of what anyone thought possible, leading to untold disaster — and the emergence of supervillains. Radiant, who is only just beginning to pick up the pieces of life and his reputation, finds himself challenged by new foes. And Sarina discovers more about herself than she ever bargained for…