From beginning to the heart-wrenching ending moment, the reader will be enraptured by the depth of the characters author Jennifer Anne Davis has crafted. Like fine jewels, each character shines brightly or glows menacingly, precisely as they should be imagined. Good and evil battle evenly for the spotlight, yet never overshadow each other – a perfect balance in plot and style! Enjoy! 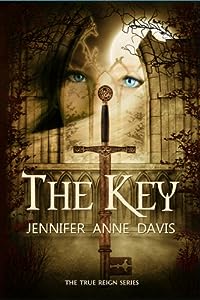 Seventeen-year-old Rema lives in a brutal kingdom where travel between regions is forbidden, people are starving, and looking at someone the wrong way can mean death. Nineteen-year-old Darmik is the king’s son and Commander of the King’s Army. He spends his days roving the island, doing his father’s bidding and trying to maintain control over the people. When a chance encounter throws Rema and Darmik together, they share an instantaneous connection, but any sort of relationship between them is strictly forbidden. Darmik’s brother, the Crown Prince, notices Darmik’s interest in Rema and, in a calculated, political move, blackmails her. Faced with an impossible choice, Rema is forced to sacrifice her heart in order to save her family. As Rema is taken to the palace with the Crown Prince, Darmik confronts the growing rumor that a legitimate blood heir to the throne exists and is trying to overthrow Darmik’s family. In Darmik’s quest to hunt down and kill the threat, he discovers that nothing is as it seems. Locked in the king’s castle, Rema finds herself a key player in a massive power struggle. When Darmik shows up, she’s not sure if she can trust him. The line between friends, enemies, and loyalty becomes blurred. As truths are unlocked, Rema understands that she just might be the key to finding the rightful heir and restoring peace to the kingdom… if she can manage to stay alive long enough.

This is BOOK ONE of a THREE book series. It is NOT a stand alone book. 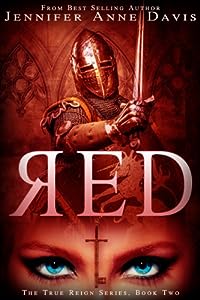 Sentenced to be executed. Betrayed. Alone. Hung on the gallows. Rema thought her life was over, but she was wrong. Saved by a rebel force she’d only ever heard rumors about, Rema finds herself in a forbidden place. She is finally safe — free from the king and Prince Lennek. But not everything is as it seems at the rebel fortress. Secrets are whispered, and loyalties are tested. Once Rema uncovers the truth of her heritage, will she flee? Or will she ascend to the throne, taking on the responsibility of an entire kingdom? Now that Darmik knows Rema’s true identity, he’s on a quest to save her. But when an Emperion assassin arrives on Greenwood Island, Darmik knows he doesn’t have very long to find her. In a deadly game with high stakes, will Darmik remain loyal to his family? Or will he break away and join the rebels? Kingdoms rise and fall. Heroes are born and made. But one thing remains the same — love conquers all. 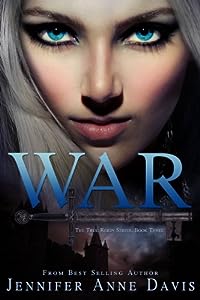 When Rema chose to be crowned queen and join the rebel forces, she knew she’d face the fight of her life. What she didn’t expect was to be kidnapped by an Emperion assassin and taken to the mainland to be executed in front of the emperor. How can she save Greenwood Island if she can’t even save herself? Darmik knows he doesn’t have much time to rescue Rema. He’s denounced his position as Commander and Prince in order to join the rebels. But now he must rely on his family name in order to go before the Emperor — his uncle — and beg for Rema’s life. If Rema and Darmik have any hope of being together and saving their kingdom, they must survive the greatest threat of all — Emperion.

This is the heart-pounding conclusion to The True Reign Series. 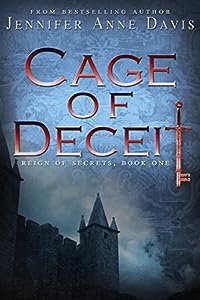 Seventeen-year-old Allyssa appears to be the ideal princess of Emperion–she’s beautiful, elegant, and refined. She spends her days locked in a suffocating cage, otherwise known as the royal court. But at night, Allyssa uses her secret persona–that of a vigilante–to hunt down criminals and help her people firsthand. Unfortunately her nightly escapades will have to wait because the citizens of Emperion may need saving from something much bigger than common criminals. War is encroaching on their country and in order to protect her people, Allyssa may have to sacrifice her heart. Forced to entertain an alliance through marriage with a handsome prince from a neighboring kingdom, she finds herself feeling even more stifled than before. To make matters worse, the prince has stuck his nosy squire, Jarvik, to watch her every move. Jarvik is infuriating, bossy and unfortunately, the only person she can turn to when she unveils a heinous plot. Together, the unlikely pair will have to work together to stop an enemy that everyone thought was long gone, one with the power to destroy her family and the people of Emperion. Now the cage Allyssa so longed to break free from might just be the one thing she has to fight to keep intact. In order to save her kingdom, she will have to sacrifice her freedom, her heart, and maybe even her life. 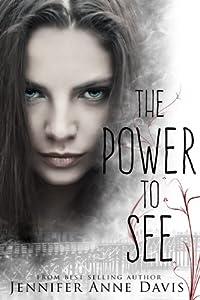 From the best-selling author of The True Reign Series — Jennifer Anne Davis — comes a dark and twisted love story with characters you will fall for and others that you will want to murder in their sleep. WARNING: This isn’t your average love story. The Power to See is dark, gritty, and not for the faint of heart. This book includes mature content.

On the outside, twenty-two-year-old Brianna’s life seems perfect and totally envy worthy. But inside, she’s a twisted-up hot mess. She is sick of playing the part of Daddy’s little girl. Now she’s all grown up and tired of keeping her family’s deadly secret. When two men from opposite worlds enter Brianna’s life, ready to fight for her heart, she finds herself playing a high-stakes game that will ignite a battle between family, loyalty, love, and survival. Unfortunately for Brianna, she knows that girls like her rarely get a happily ever after. When she finds herself being played as a pawn in a ruthless and deadly game, will she be able to get out in time… before she loses herself and her heart in the process?