Not In The Plan

If you are looking for clever, funny, and interesting books that will have you hooked on page one, then look no farther than the Designer Mystery series by author Kathleen Hering. These quick, and easy reads will have you reaching for the next book as soon as you put down the first book. Enjoy! 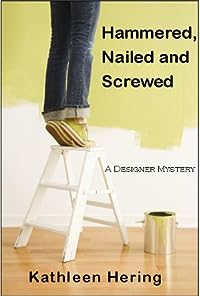 “Your call is very important to us… ”

Interior decorator Laura Howard is receiving messages from her husband on her telephone answering machine. It’s his voice all right. But his ashes are in the urn on Laura’s fireplace mantel… Now wealthy from her husband’s life insurance benefits, Laura tries to put her life in order. She strains to keep her sense of humor and sanity as vandals destroy her car and burglars ransack her house. Is it the final straw when the new resident of the home she shared with her late husband is killed on the very designer tile Laura selected for the entryway? All this — plus mysterious and threatening messages from her cheating, lying, no-good husband — begins to push the ever-tasteful Laura to that tacky place known as despair. Oregon Detective Chris Pfeifer has everyone including Laura on his suspect list while Laura has everyone including Detective Pfeifer on her dinner date list. Between decorating gigs, Laura and her co-workers – a cantankerous retiree and a handsome young contractor – assist Detective Pfeifer as he unravels the truth behind the bizarre twists in Laura’s life. 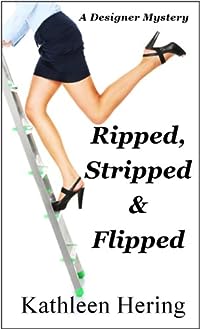 Interior decorator Laura Howard has no intention of keeping the gift someone left for her in the yard of the 19th Century Italianate house she’s helping to restore. And, Detectives at the Portland, Oregon, Police Bureau don’t plan to close their investigation until they find out who delivered the gift, a corpse wrapped in newly poured concrete. The police — whom Laura now sees so often that she’s considering buying additional place settings — think whoever killed “concrete man” is trying to frighten her and the other partners at Graham Construction away from the building site. Laura isn’t convinced she’s in danger, but she begins to question how much can be coincidence when one thing after another goes wrong, including a second suspicious death. Her spirits crash when her once-faithful boyfriend appears to be running for Carouser of the Year. Everyone working on the Street of Dreams show homes is a suspect, but even the police are caught off guard when the twisted mind of a killer unravels on the eve of the open house tours. 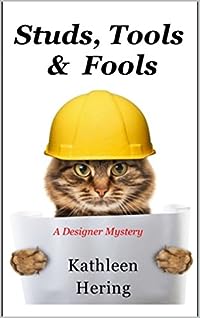 “Jack fell down and broke his crown… ”

Laura Howard didn’t plan to take down a bank robber. Any more than she meant to subvert the police investigation following the bank heist… Now all she wants is to reclaim her quiet life as an interior decorator in Portland, Oregon. Right on cue, that peaceful existence explodes again when local TV newsmen broadcast the photo taken of Laura during the bank robbery. Is her life now in danger? Are the hate notes and home invasions related to her heroism at the bank? ? Is she responsible for the death of a local hero? Or, is something more sinister at play? Laura Howard and her pesky cat Louise return in Book 3 of the Designer Mystery series along with building contractor Russell Graham, zany Aunt Esther, and much of the Portland Oregon Police Bureau. This time it may take all of them to separate the skunks from the scoundrels in the police lineup.